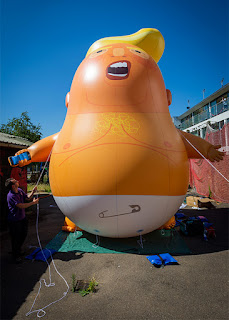 Since Donald Trump is making his controversial UK visit this week (and there will be the amazing Donald Trump Baby balloon, pictured above, flying over London to mark the occasion!) I thought I'd post something topical, not a review but a Spotted In Shops with these Donald Trump inspired novelties that can be found in Home Bargains stores. They're pretty genius items to poke fun at the man, and include... 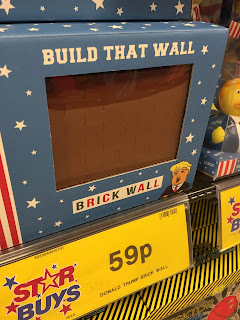 This says it all really! Maybe Mr Trump would like a goody bag of British sweets with one of these in... 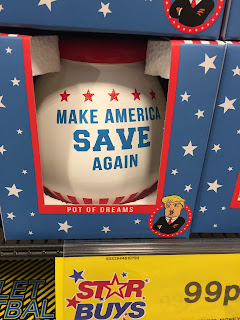 In need of need a pot of dreams? Make America save again! 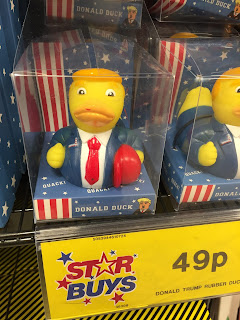 Imagine having that thing in the bath with you...it's the stuff of nightmares! *shudder*

There were a few other Trump-themed items in Home Bargains although I didn't get pictures of them all...if anyone spots them, let me know in the comments!