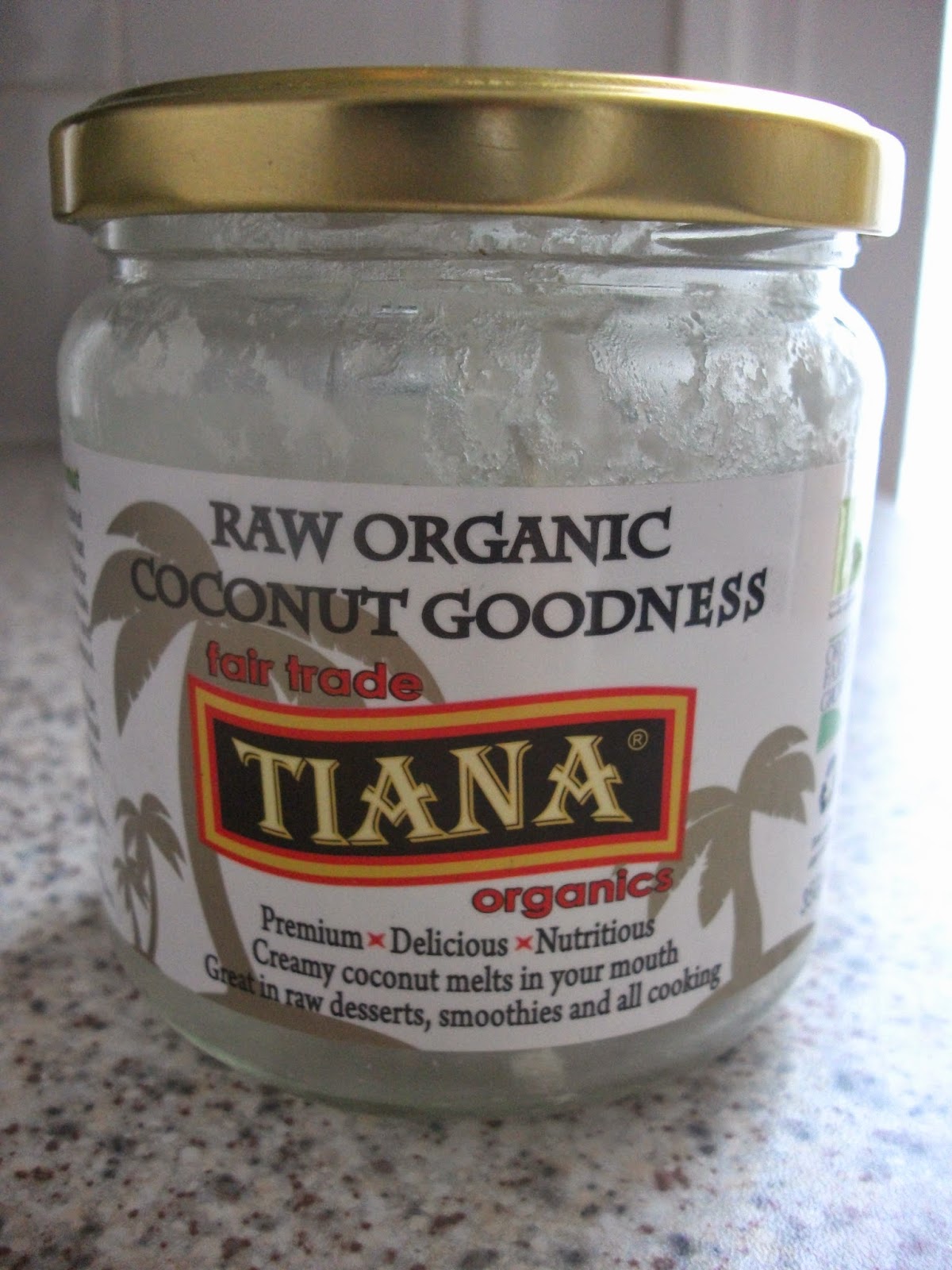 I'm a huge fan of coconut products, so it's just as well they're the hot new food trend at the moment. There's an increasing variety appearing in shops, with the gem of them all being coconut butter. If you haven't tried this stuff you seriously need to invest in some - it's delicious!

Coconut butter isn't the same as coconut oil or the butter you refrigerate; it's more like a nut butter that can be spread on toast or eaten from the jar. It's made from whole coconut flesh and tastes creamy and sweet, and is usually smooth in texture depending on the weather. In fact I would describe it as a coconut version of white chocolate spread...only much healthier of course!

I've bought a few jars during the the heatwave and found it to be quite oily and gooey due to the temperature, but in cooler weather it sets to become a firm "paste". It can be rather chunky in it's natural state, as shown here: 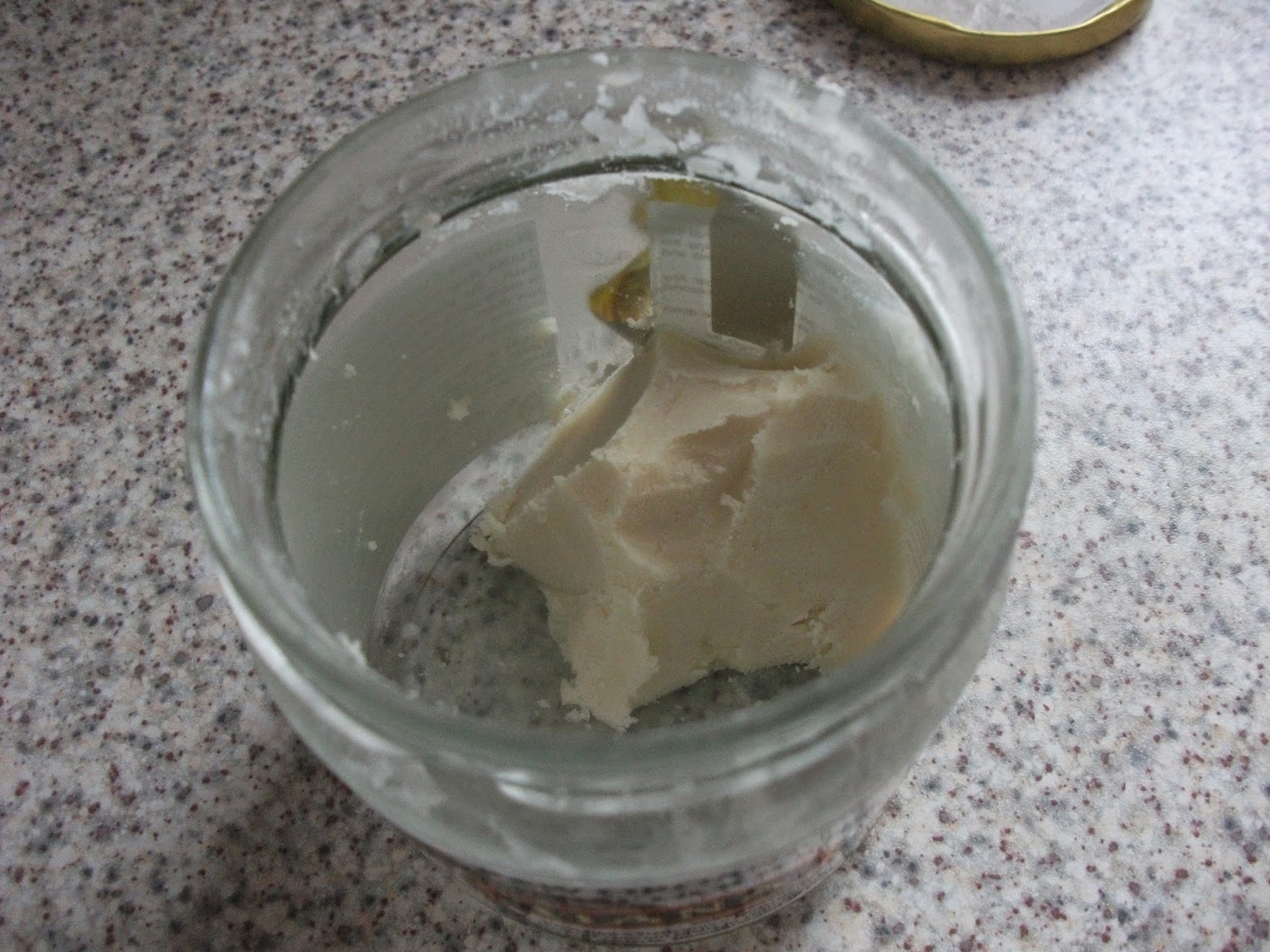 Unfortunately there's not much left in this pic as I'd already eaten most of it! (this tends to happen pretty quickly with me!). As you can see it's quite solid - I usually shave pieces off with a spoon and eat it that way. 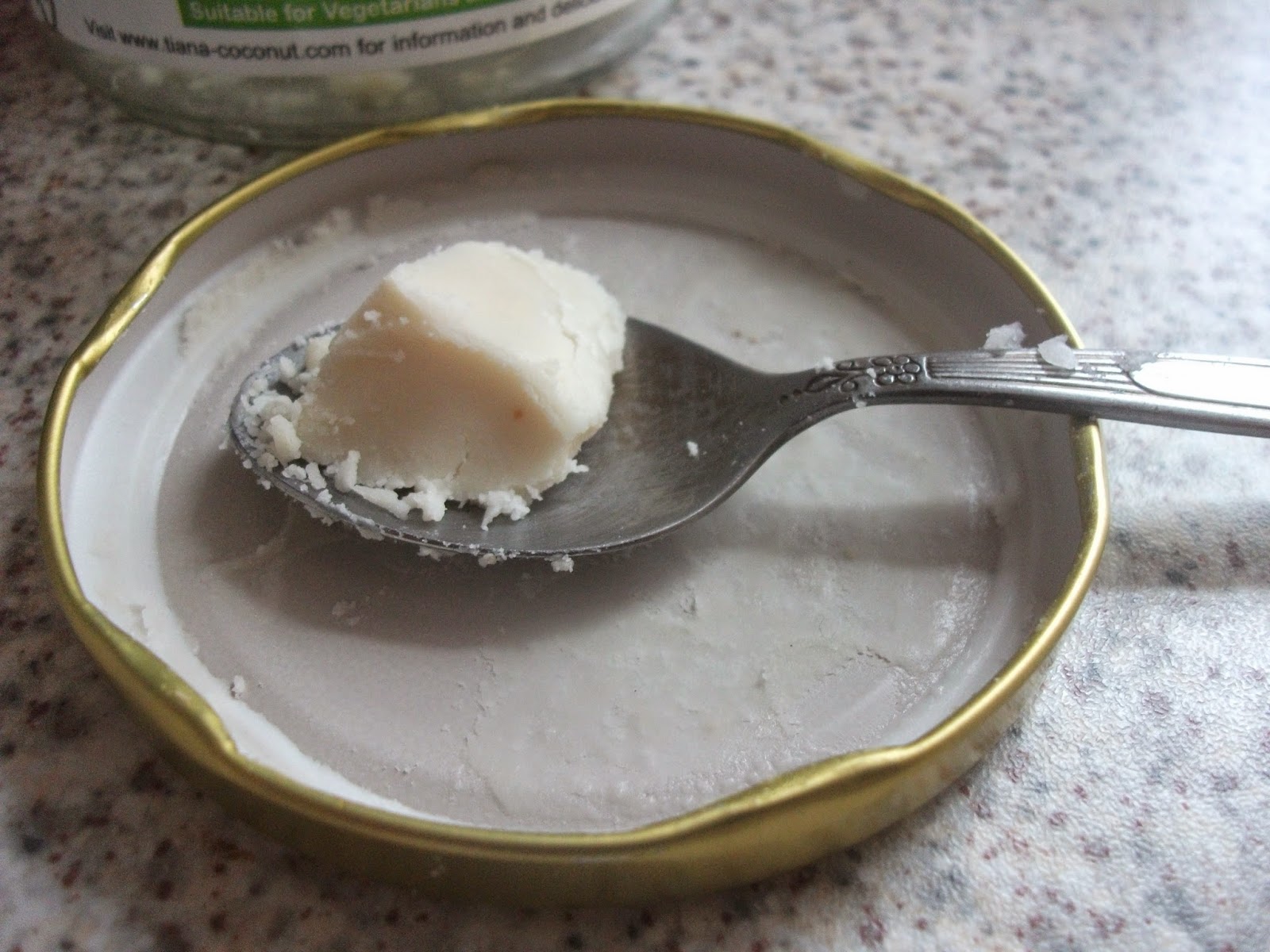 It tastes very rich and delicious, but can sometimes be a little difficult to swallow due to the fibrousness of the coconut, so don't eat too much at once! The coconut fat makes it creamy and spreadable, and the jar recommends to spread it on toast or mix into smoothies...but I prefer to eat it straight from the spoon. I like to imagine it's a healthier version of white chocolate spread! It's moreish yet oddly satisfying - a few spoonfuls easily fill you up and it gives a nice energy boost to boot.

Overall, Tiana's Coconut Butter is a fantastic product which I would recommend to anyone who loves coconut! It's a bit pricey but well worth it.

Tiana's coconut butter is sugar-free, dairy-free, vegan and fairtrade. It contains metabolism boosting MCT fats (the good kind!) and is apparently good for making raw desserts and pina coladas...I may have to try this sometime! ;)

Price: £10 a jar at Holland & Barrett. Other brands can be found in health food stores, plus it can be purchased online (make sure not to buy the cooking butter version which is just coconut oil).
Allergy Information: Contains coconut. Made in a factory that only processes coconuts, so no risk of cross-contamination.
Suitable for vegetarians?: Yes, and vegans.
More info and coconut recipes: www.tiana-coconut.com
Coconut Dairy Free Fairtrade Gluten Free Low Carb Paleo Sugar Free Tiana Vegan