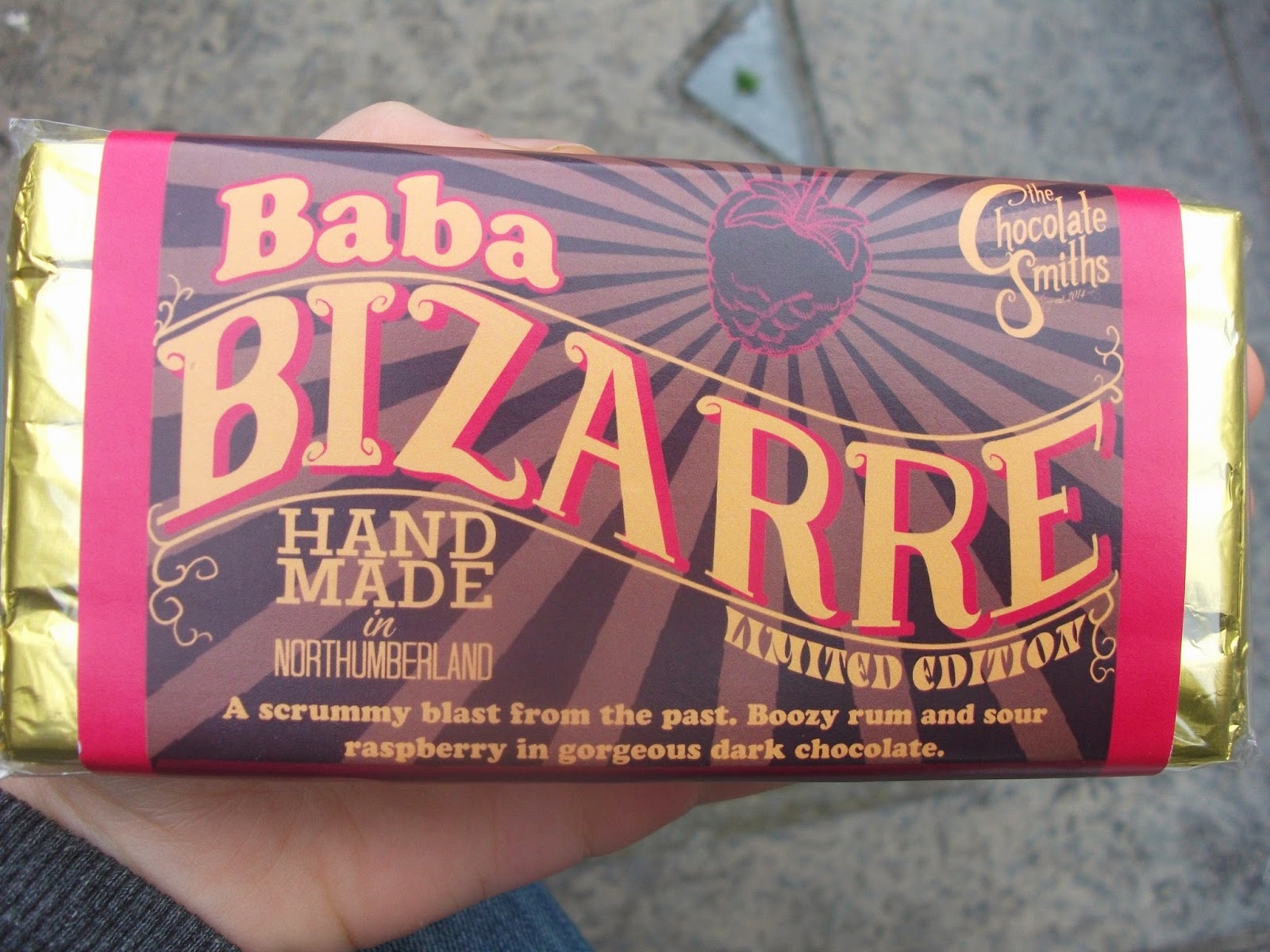 I've noticed a new range of bars from The Chocolate Smiths in local stores recently and been wondering what they might be like. They produce hand made chocolate in different varieties, and the "bizarre" combinations range from: white chocolate with rose and mint, milk chocolate with bacon bits, marshmallows and cinder toffee, jam coconut and caramel, plus many others! I opted for this limited edition Baba Bizarre to try first, which comprises of dark chocolate with a rum and sour raspberry filling. 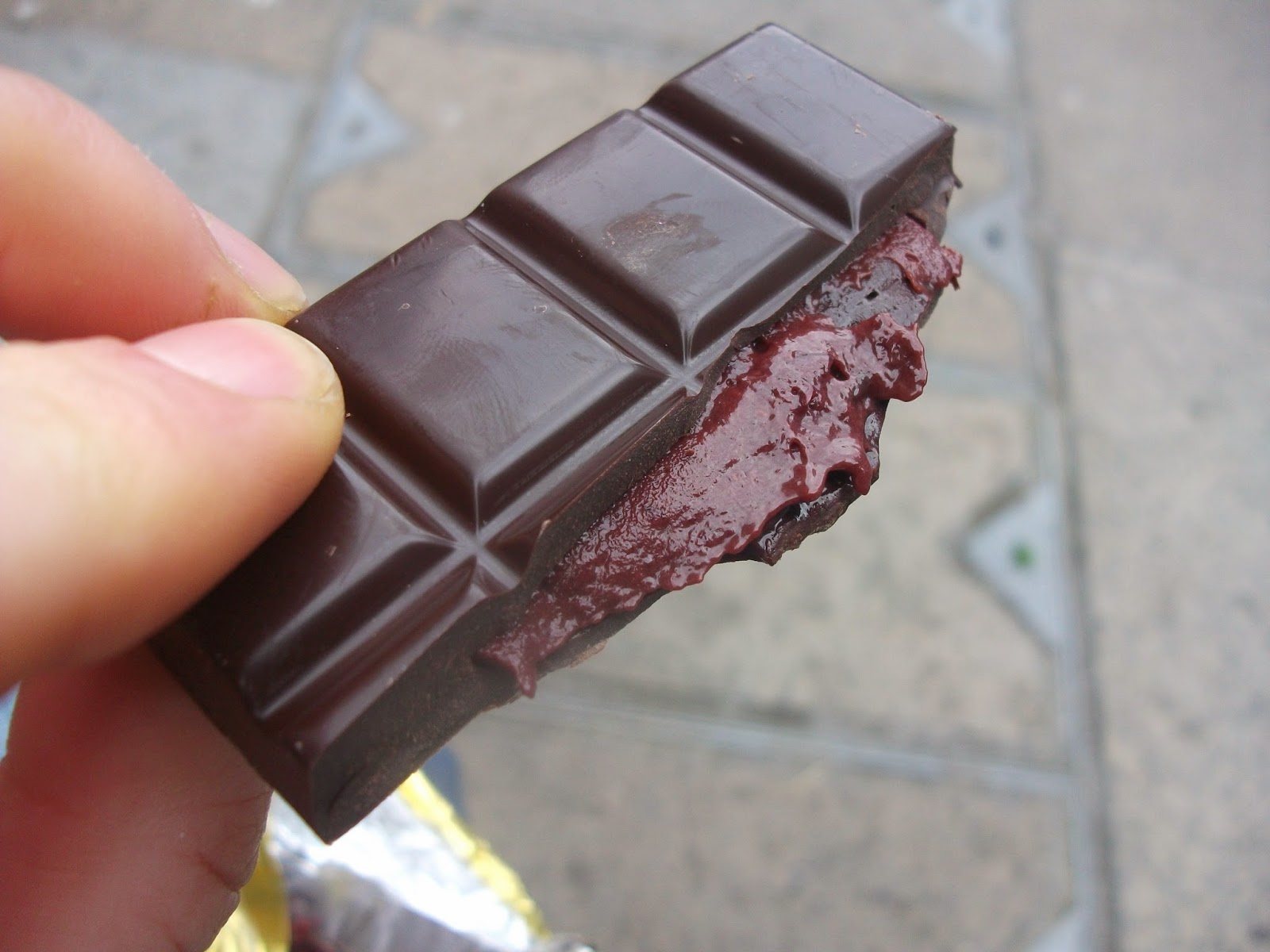 The dark chocolate shell was very thick and so the filling wasn't really "portioned" - this made it ooze out, which was a little messy but isn't such a bad thing as it was so plentiful. It had a strong sour raspberry kick that was very refreshing and flavourful. You can tell it's hand made because the filling tasted of real raspberries, rather than the artificial stuff most companies use! Unfortunately (or fortunately depending on your tastes!) the rum flavour wasn't very strong...in fact I couldn't taste any. Rum is only listed as a flavouring in the ingredients so perhaps it was never meant to be the defining flavour.

Despite the lack of rum flavour I really enjoyed this bar; the dark chocolate was rich and flavourful whilst the raspberry filling gave it a tart, refreshing contrast. As an introduction to The Chocolate Smiths range this was a very positive experience and I can't wait to try more in future!

Overall, if you get a chance I'd highly recommend The Chocolate Smiths bars. They're available from their online store plus various Northumberland delis and shops.

For a review of some of their other bars check out Lot-O-Choc's reviews here:
Americana Bizarre
Bahama Bizarre