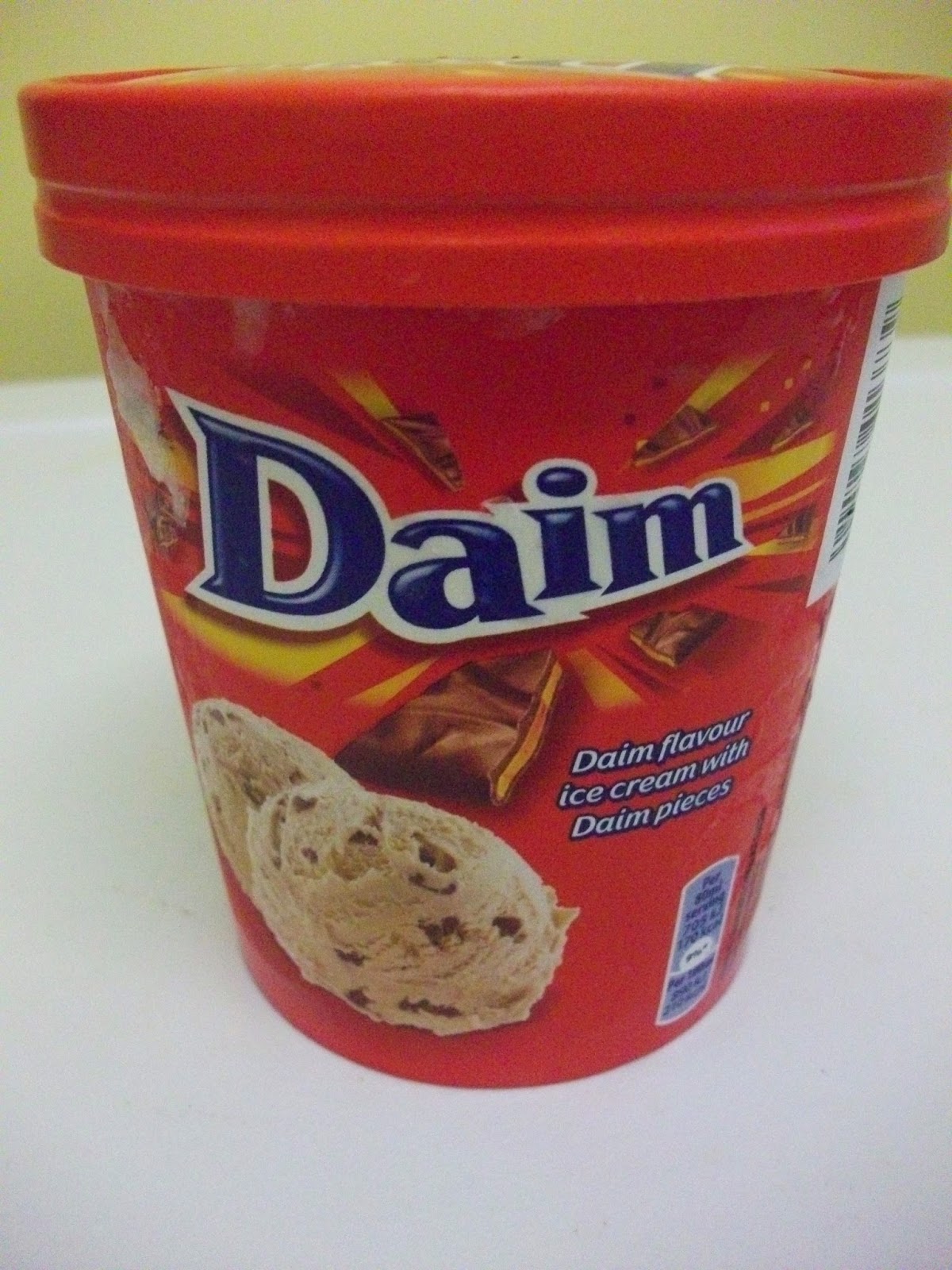 Opening the lid it didn't have a particularly strong caramel aroma, but it looked pleasant enough with plenty of D'aim pieces. 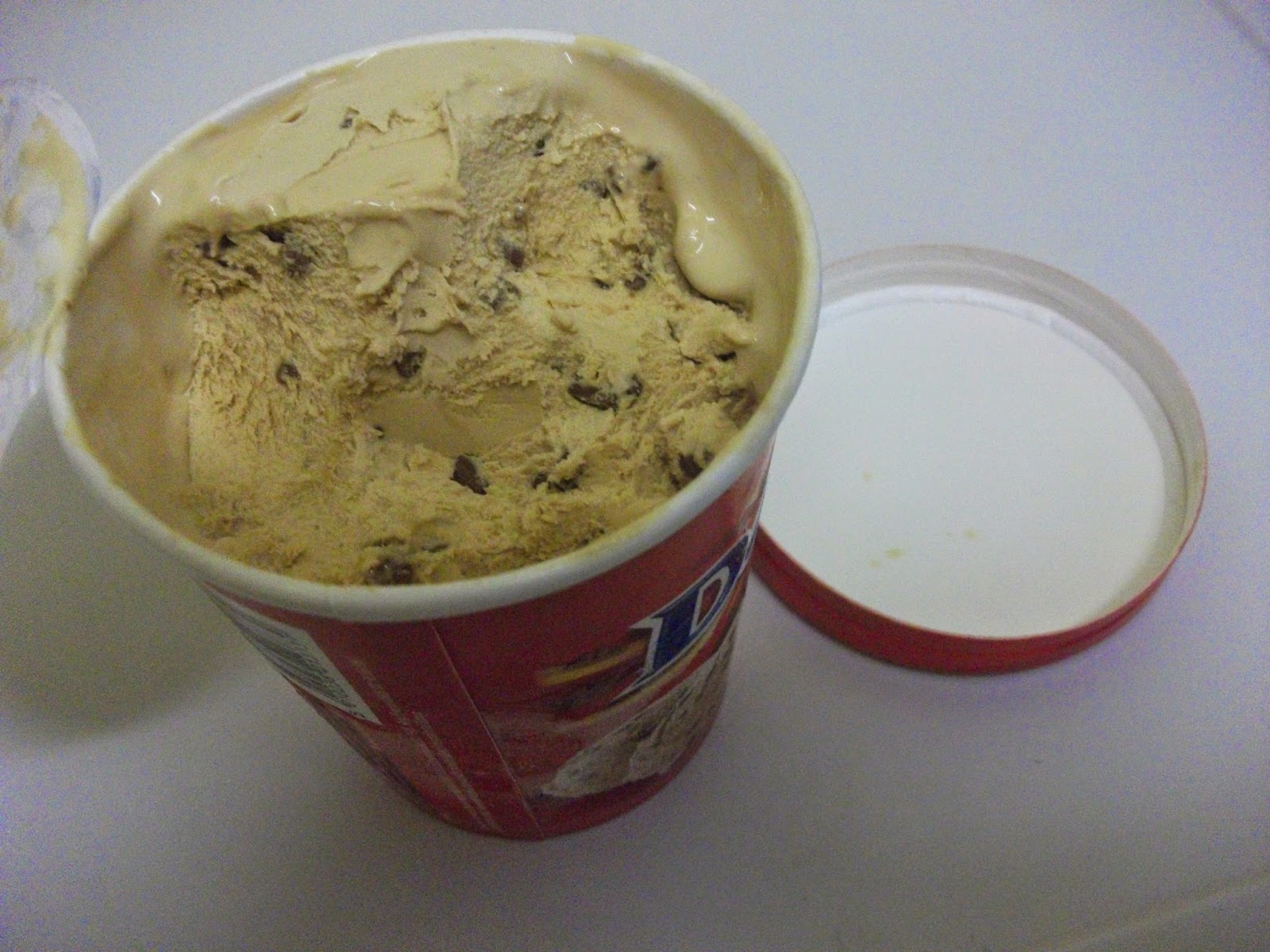 It tasted pretty good, the ice cream was creamy and sweet and with a nice burnt sugar caramel flavour. It wasn't quite as great as the likes of Ben and Jerry's or Haagen Dazs caramel ice creams but it was good enough. The D'aim pieces added a much welcome crunch and went with it really well. I wasn't particularly blown away by it, though; but that's because I'm used to buying Haagen Dazs when it's on offer, so this inevitably seemed sub-par in comparison. As it is it's a nice enough ice cream, just nothing groundbreaking. 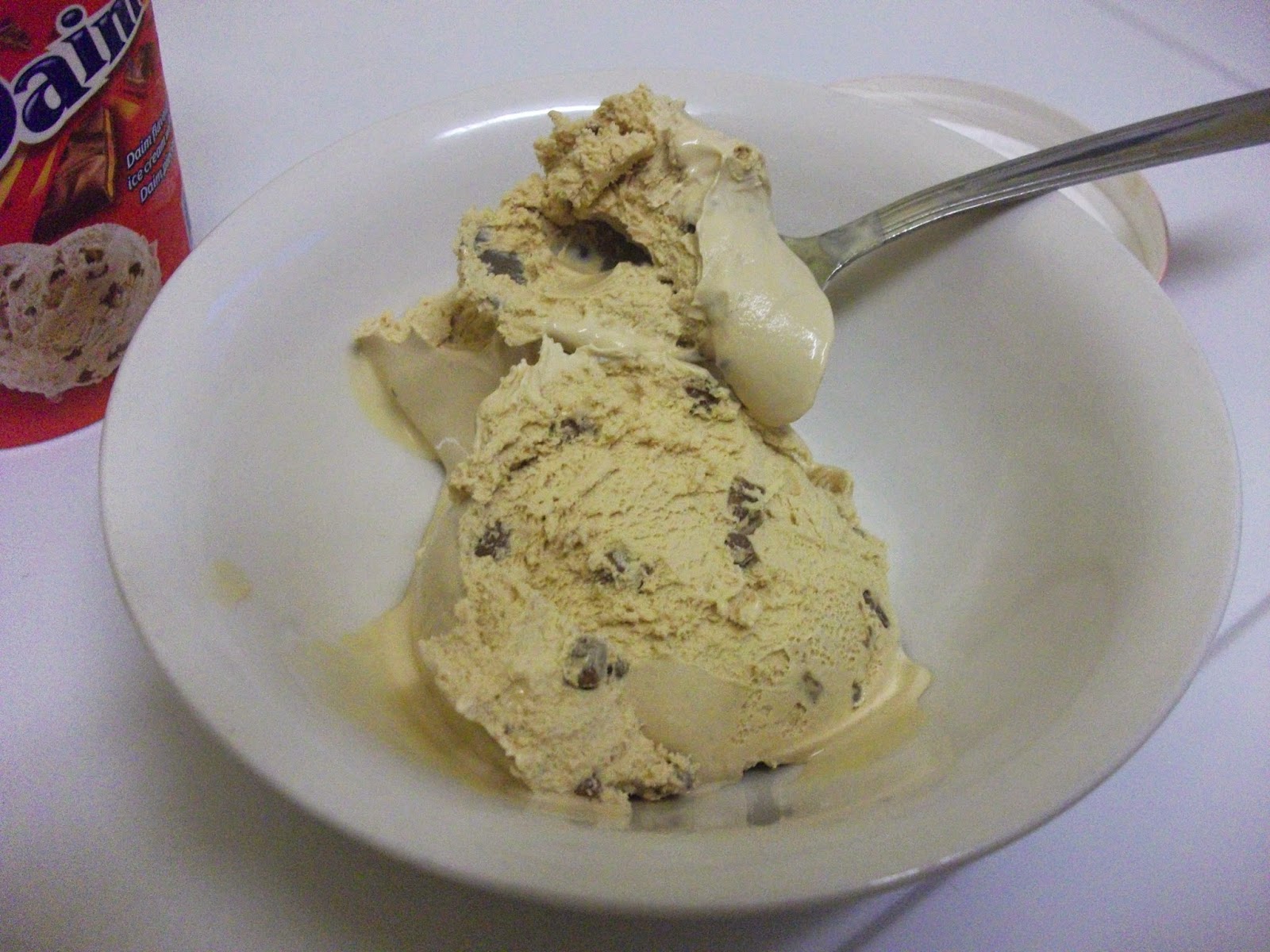 Overall I wouldn't particularly recommend this D'aim ice cream, nor would I say to avoid it. It's just..nice. But if you're gonna spend three quid and there's Ben and Jerry's or Haagen Dazs on offer, go for those instead!