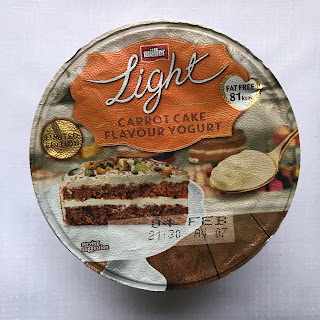 I'm not usually one to eat yoghurt, never mind light yoghurts, but on this occasion this new Muller Light flavour seemed so intriguing I had to give it a whirl. Carrot cake is one of the best types of cakes out there in my opinion, so how would it translate into yoghurt form? Fat Free and Low Calorie yoghurt form at that?! After all cake isn't a calorie free food (much to the distress of many!) 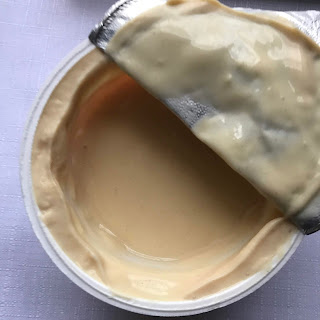 Like all Muller Light's these are good if you're following a Weight Watchers or Slimming World type plan, and are meant as a lighter treat. The yoghurt is sweetened with aspartame and also contains maize starch, flavourings and cinnamon in the ingredients. 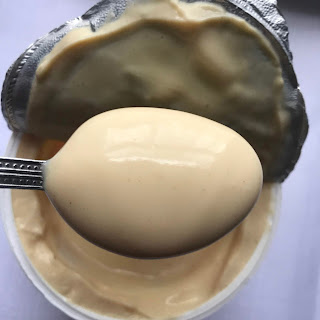 It's been so long since I ate Muller Light (last time was probably the Muller Light Turkish Delight!) but on the first spoonful I was transported back to my days of eating this stuff when following a weight loss plan many years ago. It's super sweet and artificial, and honestly, the carrot cake flavour is pretty awful. Yes there's a hint of cinnamon in there but it's so overpowered by the artificial sweetener it becomes a mute point. There's no cake or raisins or any of the other elements of carrot cake, of course, although maybe one of the artificial flavourings was of carrot. I'm not sure because all I could taste was the sweetener.

I don't really know what to say about this other than it's pretty horrible. As Eat Explore Etc said on Instagram, a version of this needs to be done with "proper" yoghurt, aka not the artificially sweetened stuff! Real carrot cake pieces, real raisins, mmmmm! How great does that sound?

I rate this 4 out of 10. That's probably too generous to be honest.