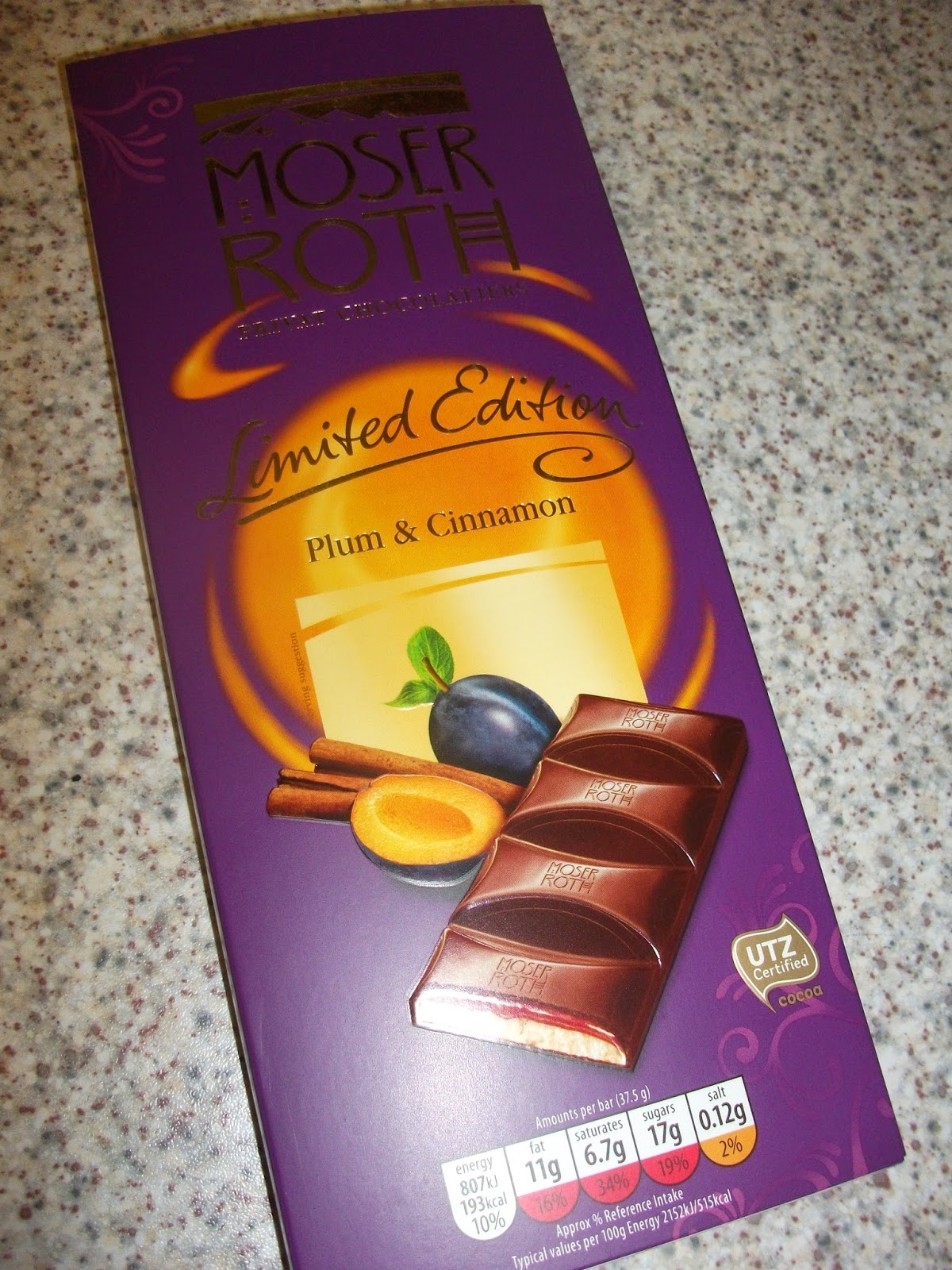 There hasn't been many exciting seasonal chocolates this year, hence I haven't had many to review. However when I learnt of the new seasonal Limited Editions available at Aldi recently I just had to try them! There's this Plum & Cinnamon flavour, plus Apple Strudel and Pear varieties. 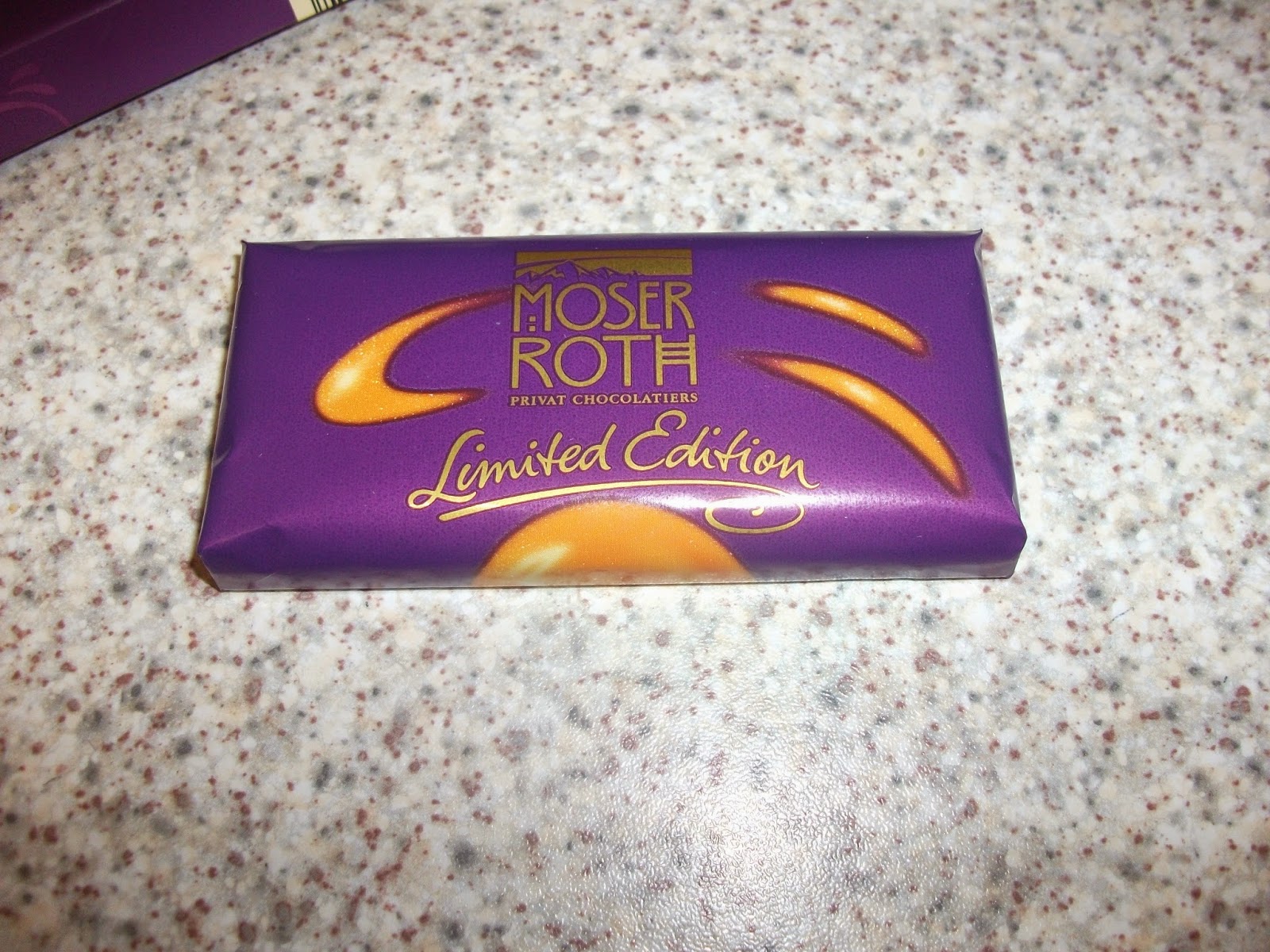 The Plum & Cinnamon variety is described as "Five individually wrapped bars of milk chocolate with a lightly whipped mousse filling, with a plum and cinnamon flavoured topping". It's a similar concept to the Panna Cotta Moser Roth bars I've reviewed previously, with a gooey plum layer above the smooth cream. 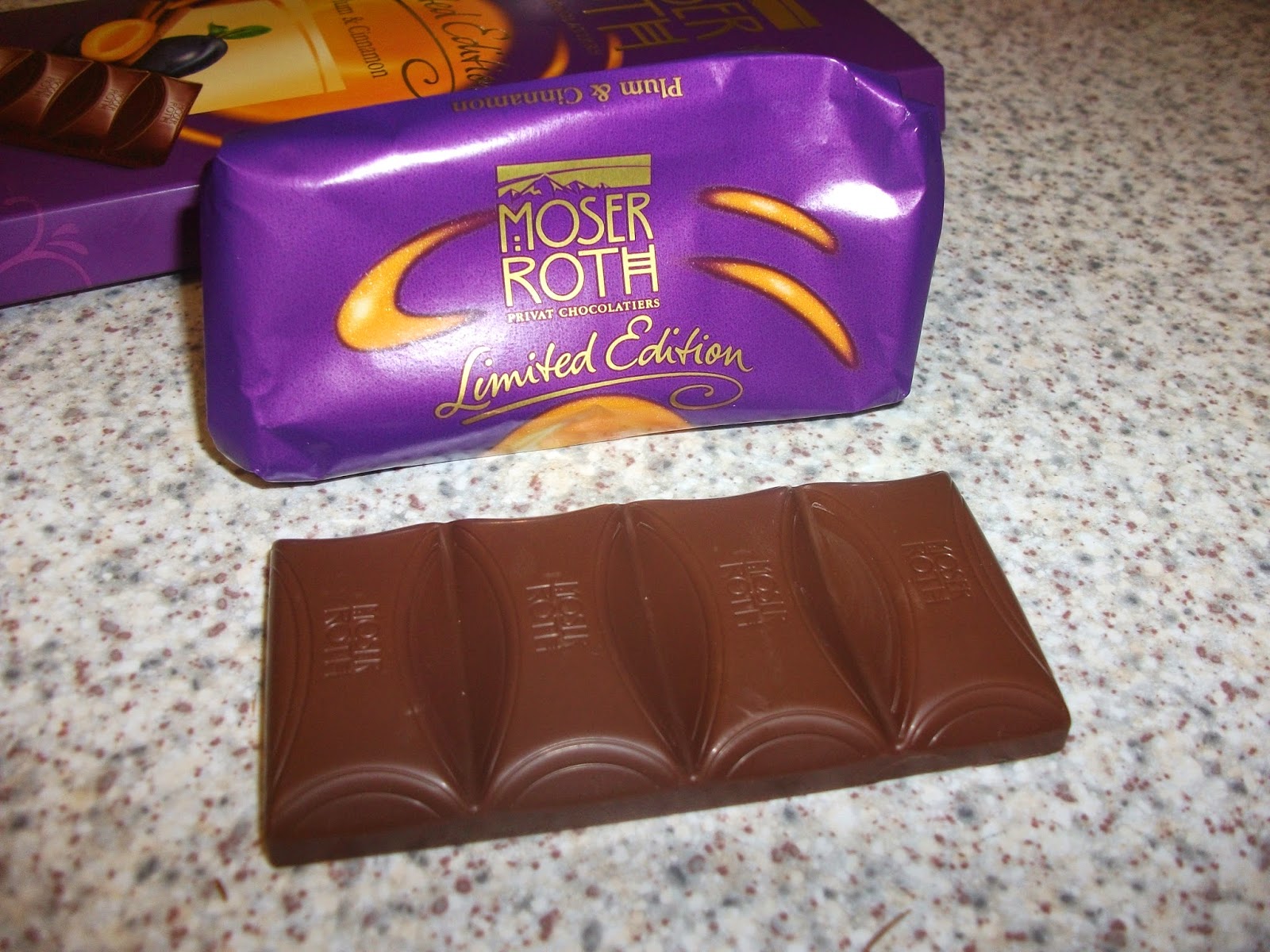 The chocolate tasted very nice, if a little bit sweet. Initially I got hints of summer fruits, but as I let the chocolate melt on my tongue, subtle hints of cinnamon started to emerge. If I were doing a blind taste test I would never guess this was plum flavour; it just tastes generically fruity, but it works well with the cinnamon and milk cream and makes for a pleasant chocolate bar. 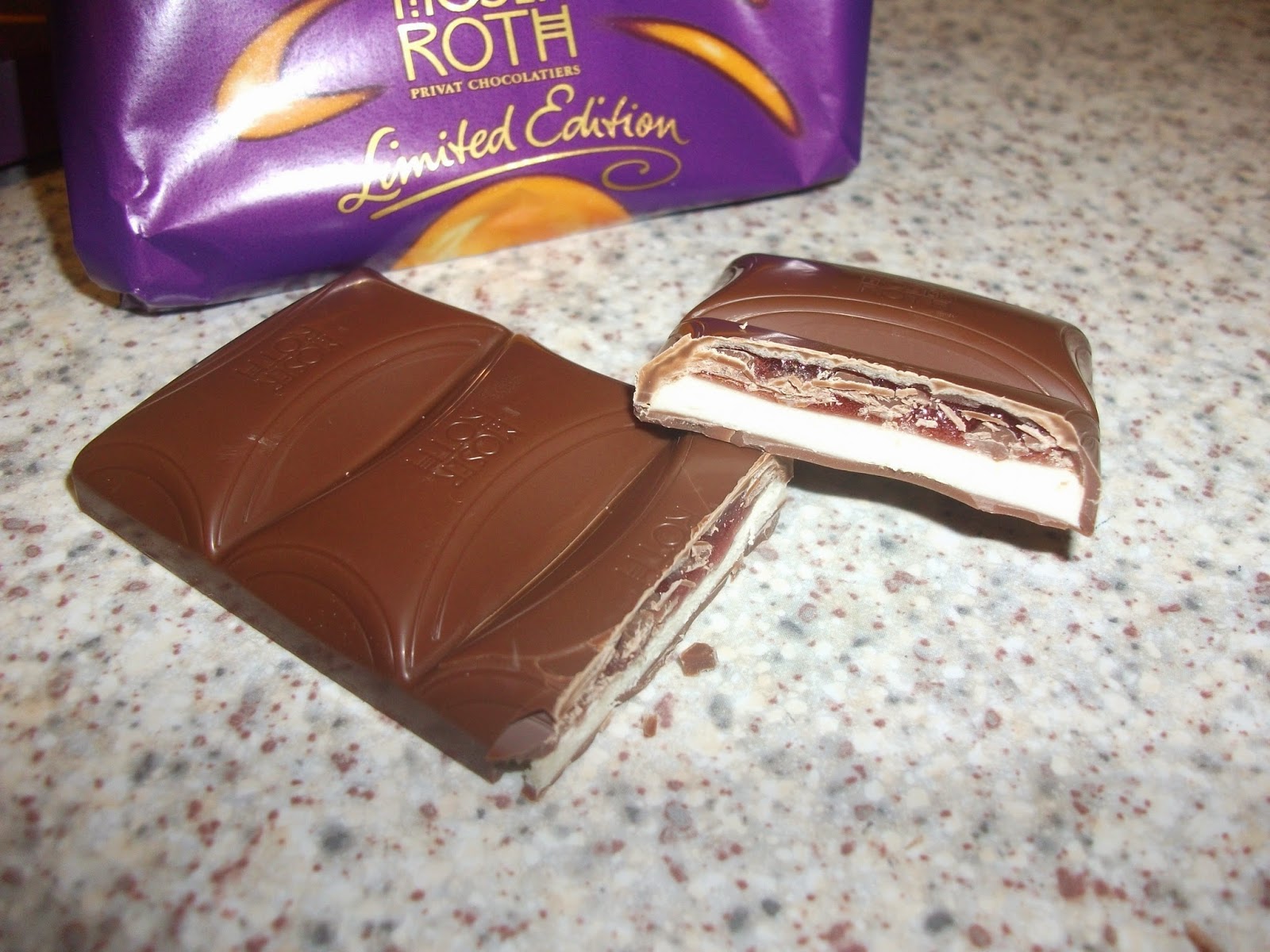 Overall, this is a tasty chocolate bar but doesn't quite hit the spot as a "Christmas" flavour. I'm hoping the apple strudel variety will taste a bit more Christmassy!