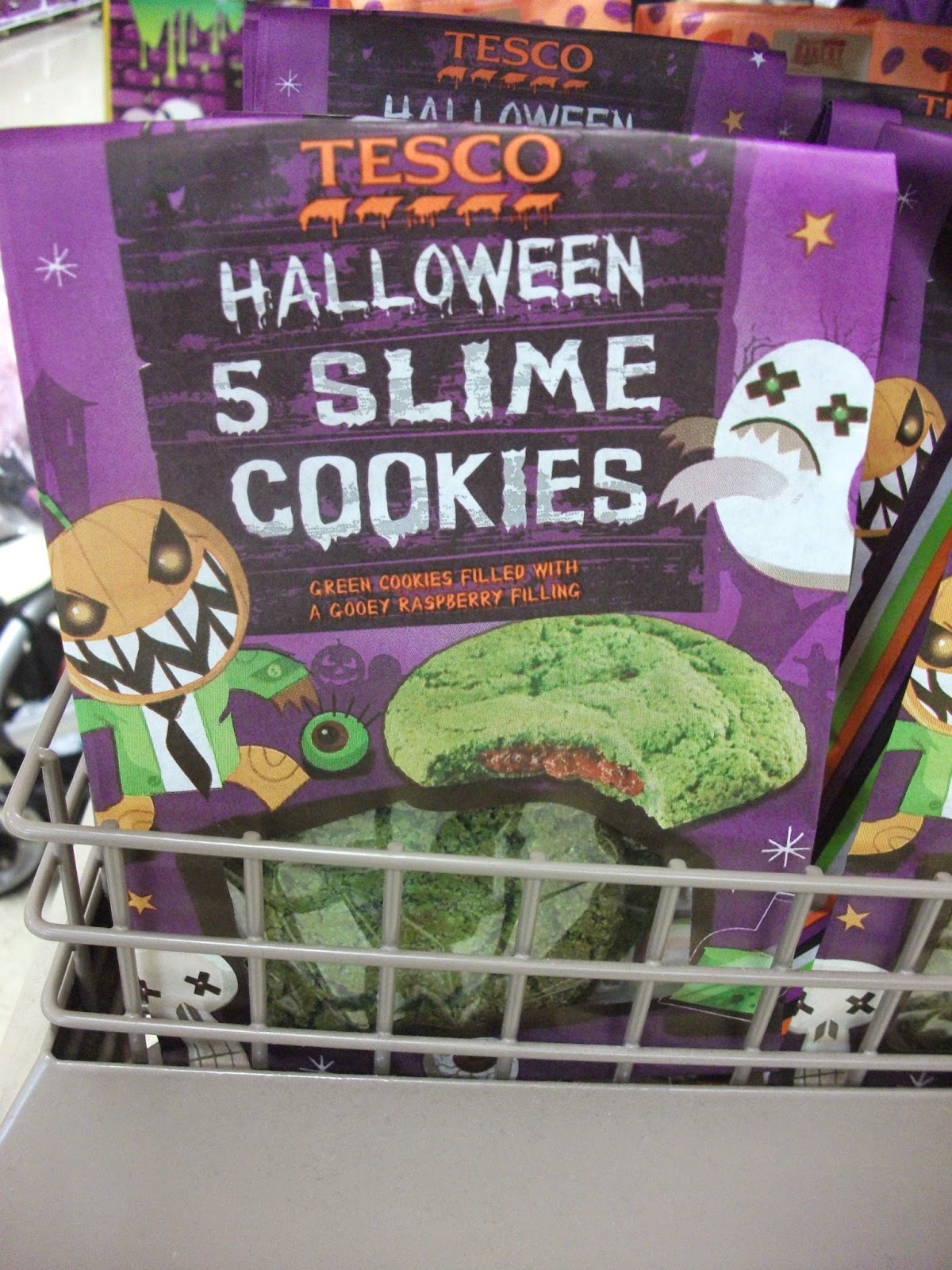 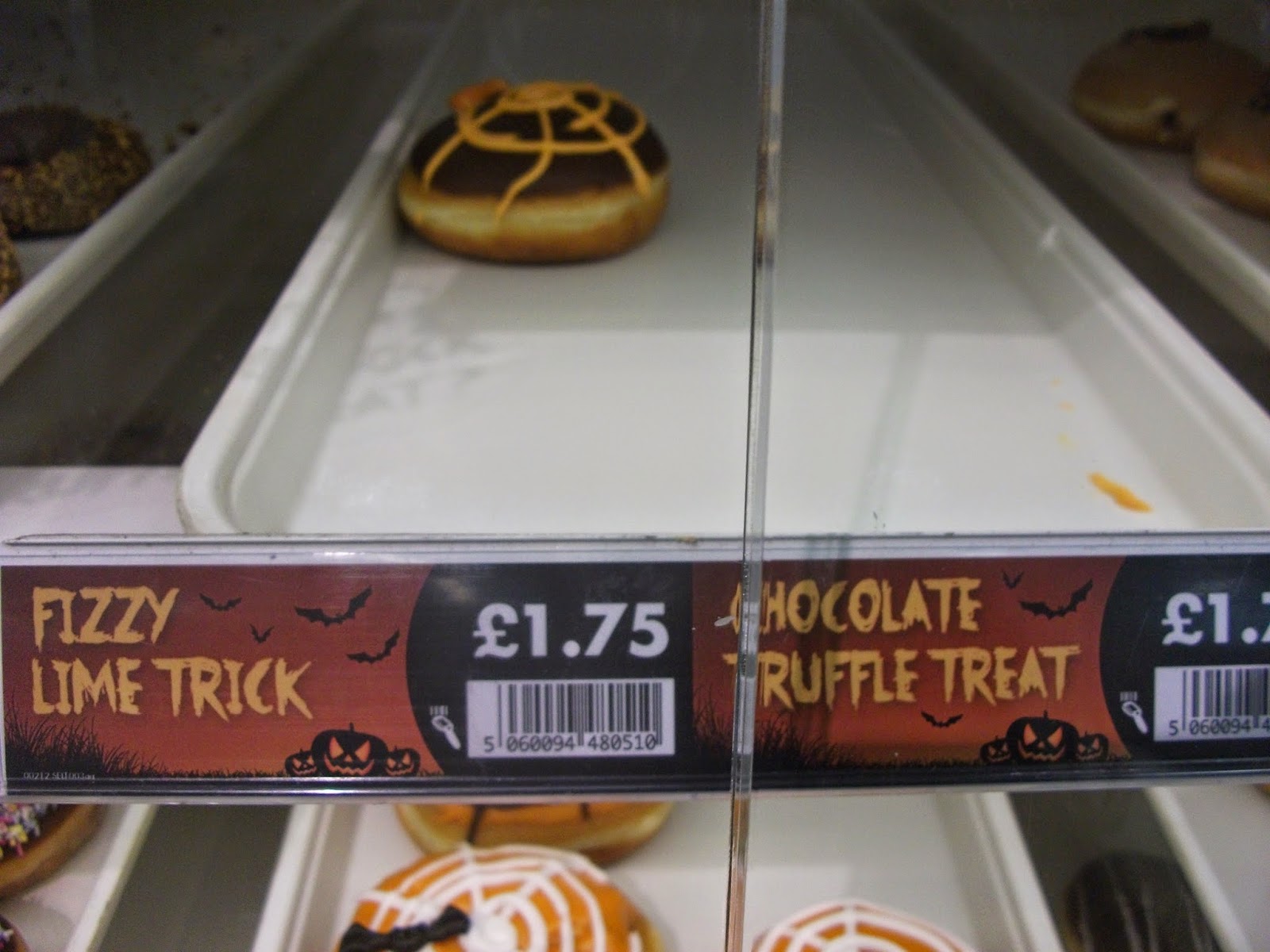 Krispy Kreme Fizzy Lime Trick & Chocolate Truffle Treat: I don't know if these are new but the lime one sounds interesting! Spotted at Tesco. 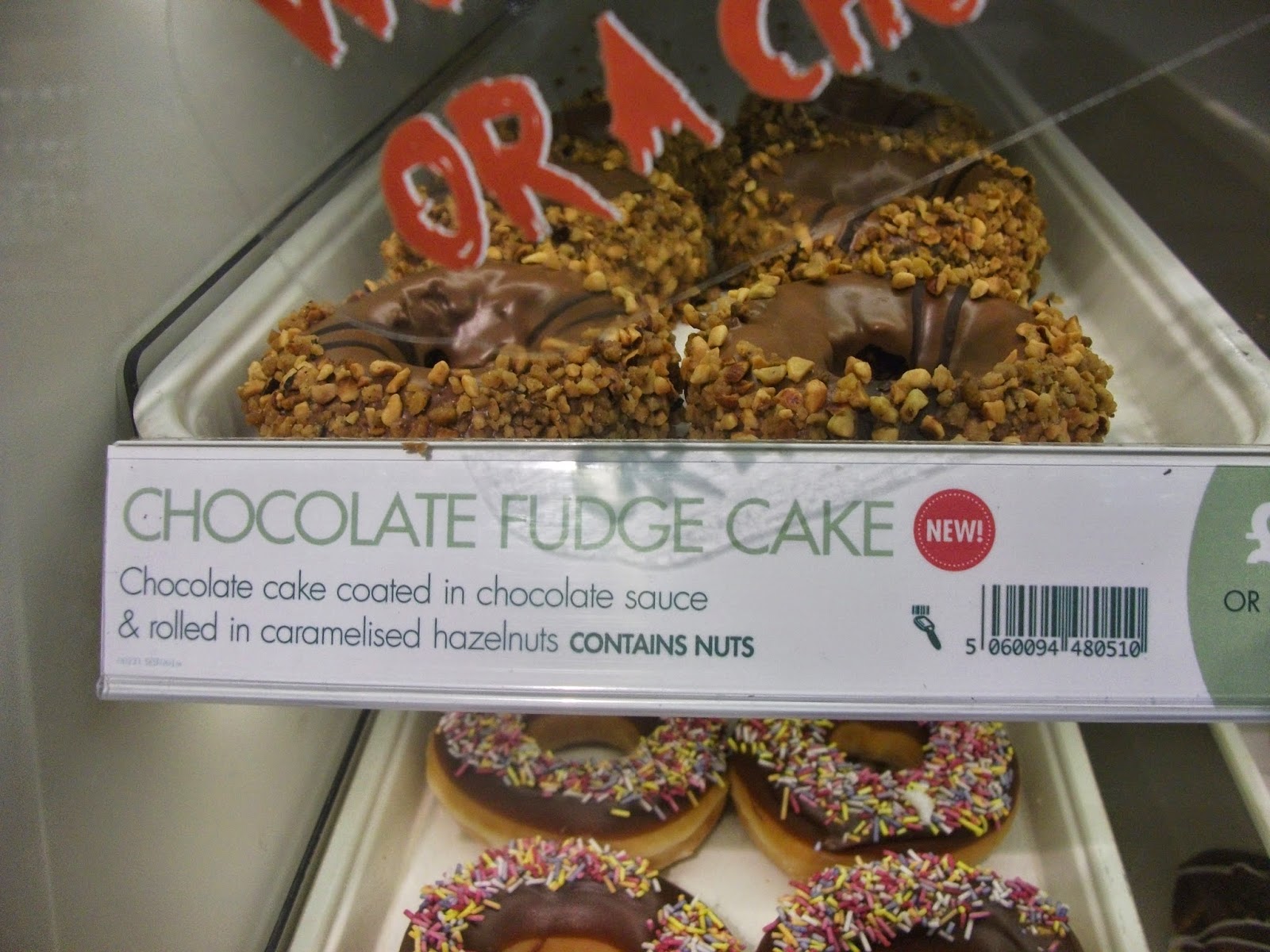 Krispy Kreme Chocolate Fudge Cake: Not Halloween-themed but apparently this is new...Spotted at Tesco. 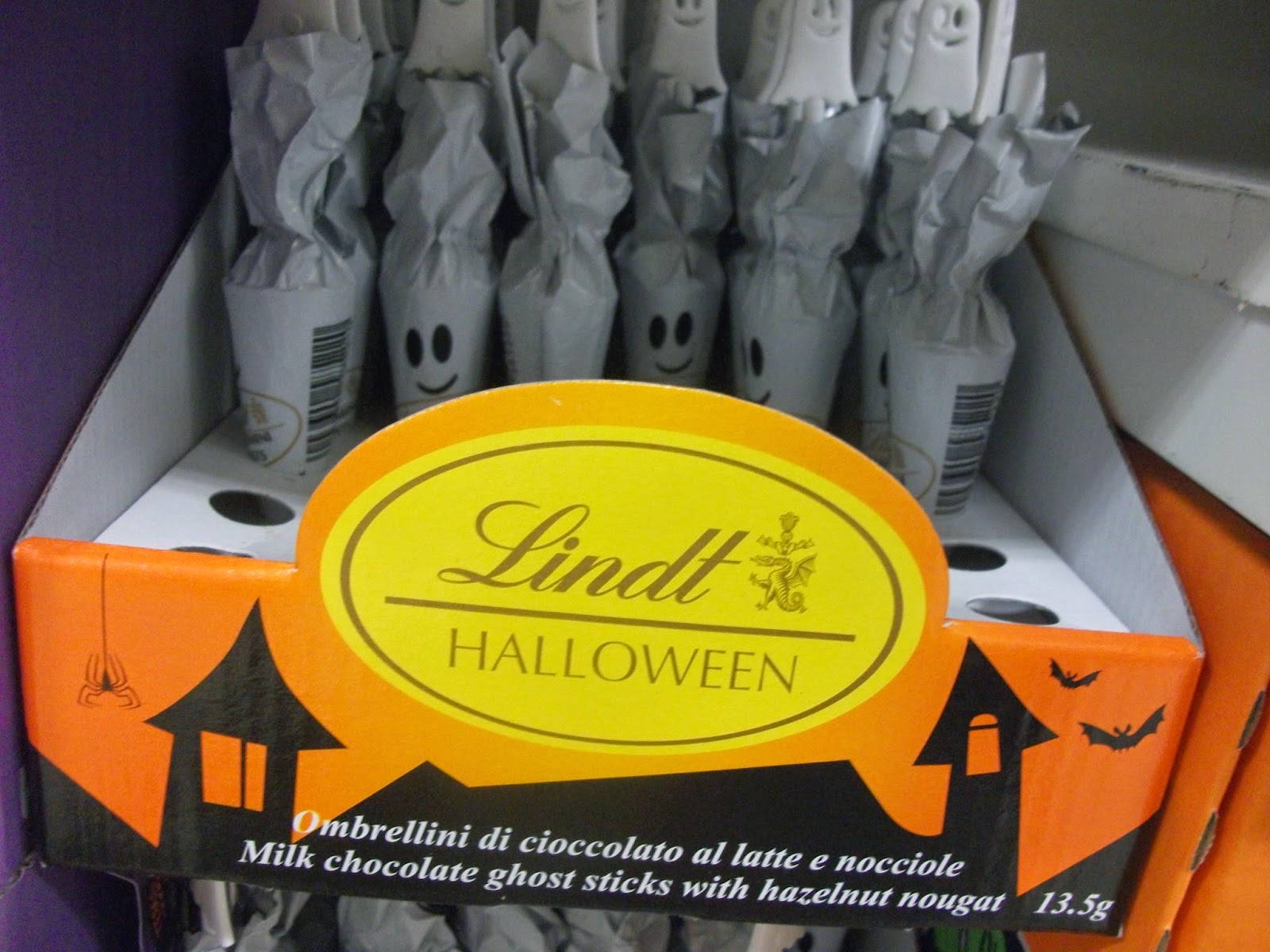 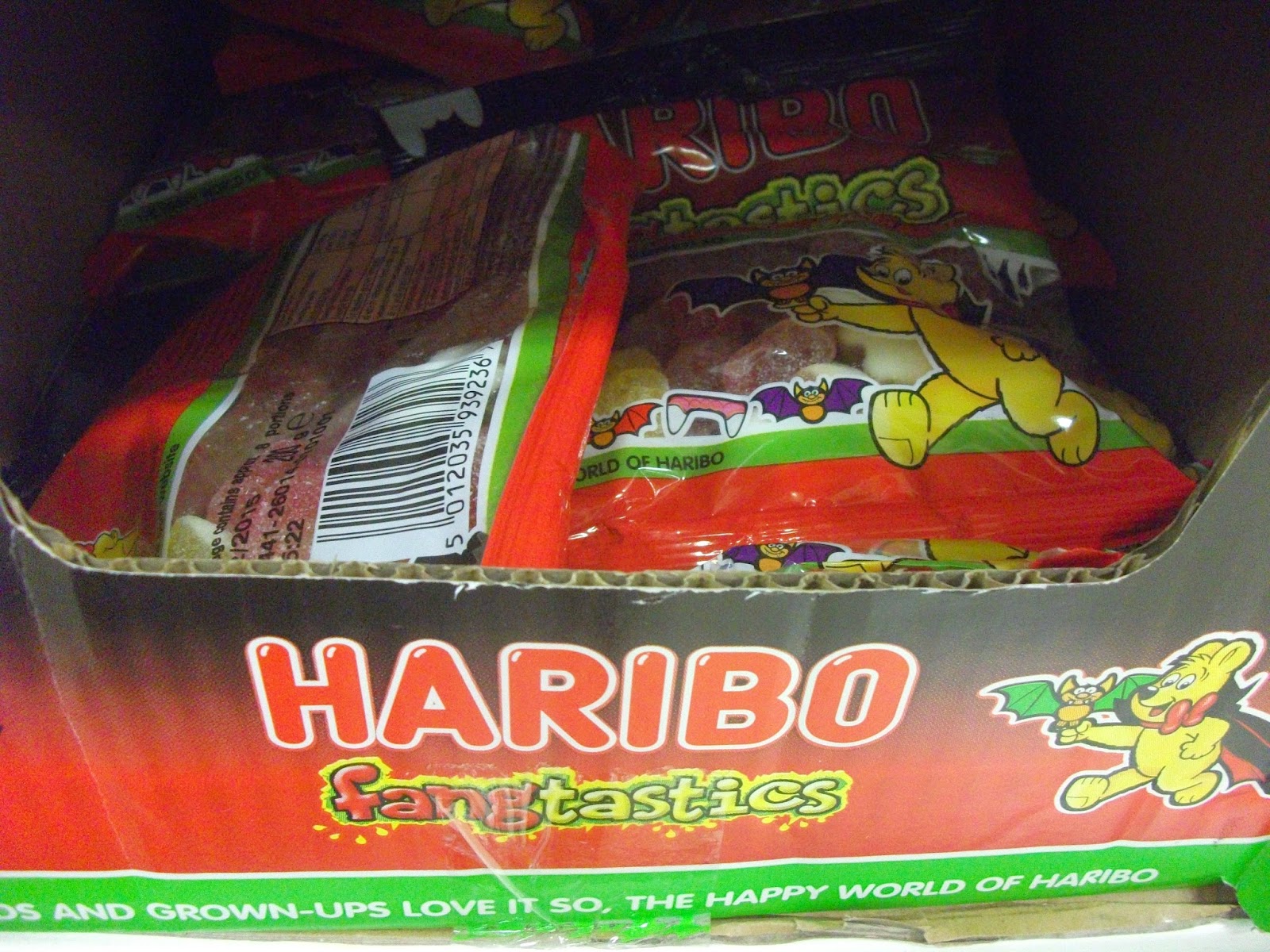 Haribo Fangtastics: Haribo have changed the name of Tangfastics to Fangtastics...get it? Spotted at Tesco. 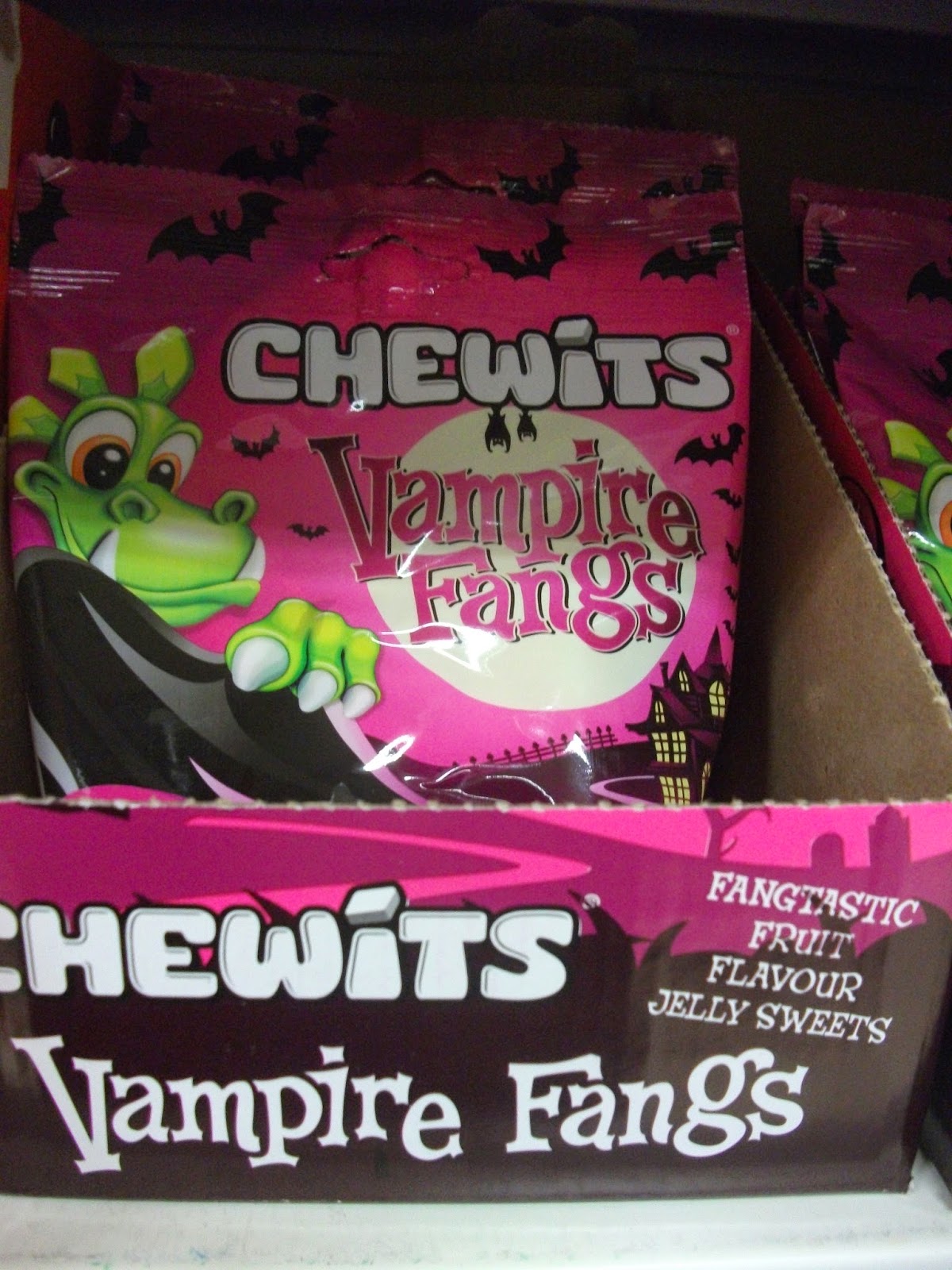 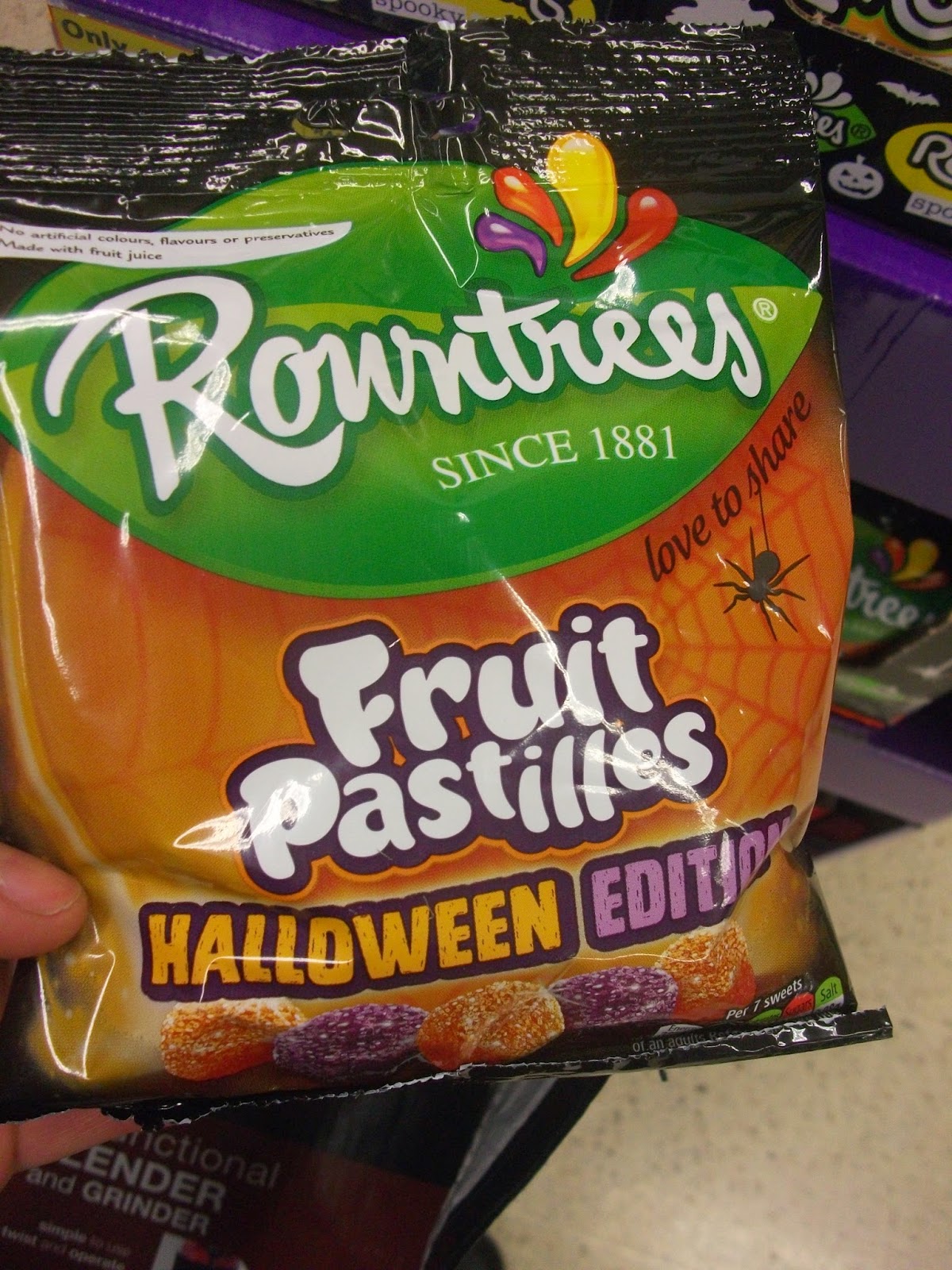 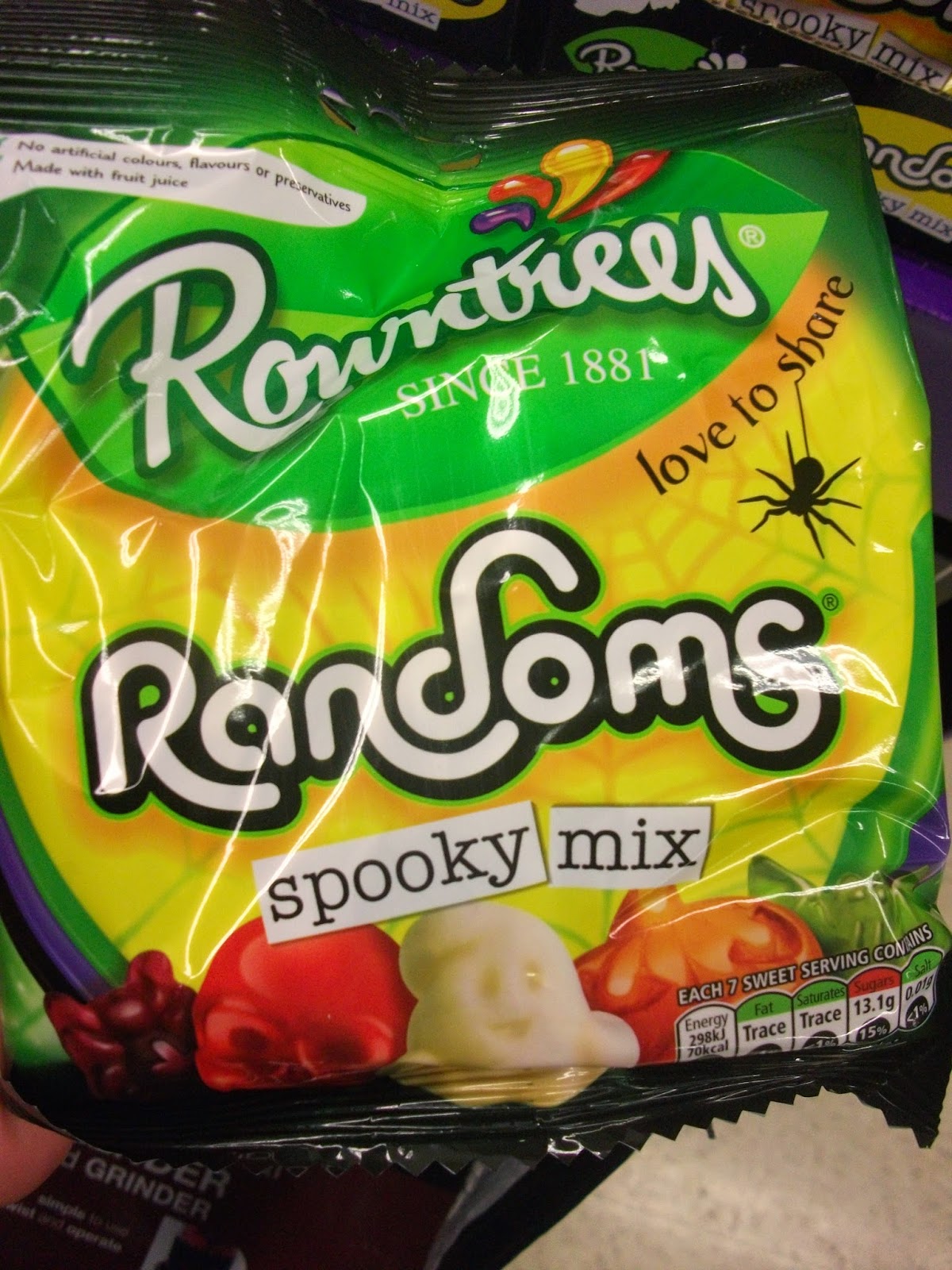 Rowntree's Randoms Spooky Mix: I reviewed these last year, and they're back again! Spotted at Tesco. 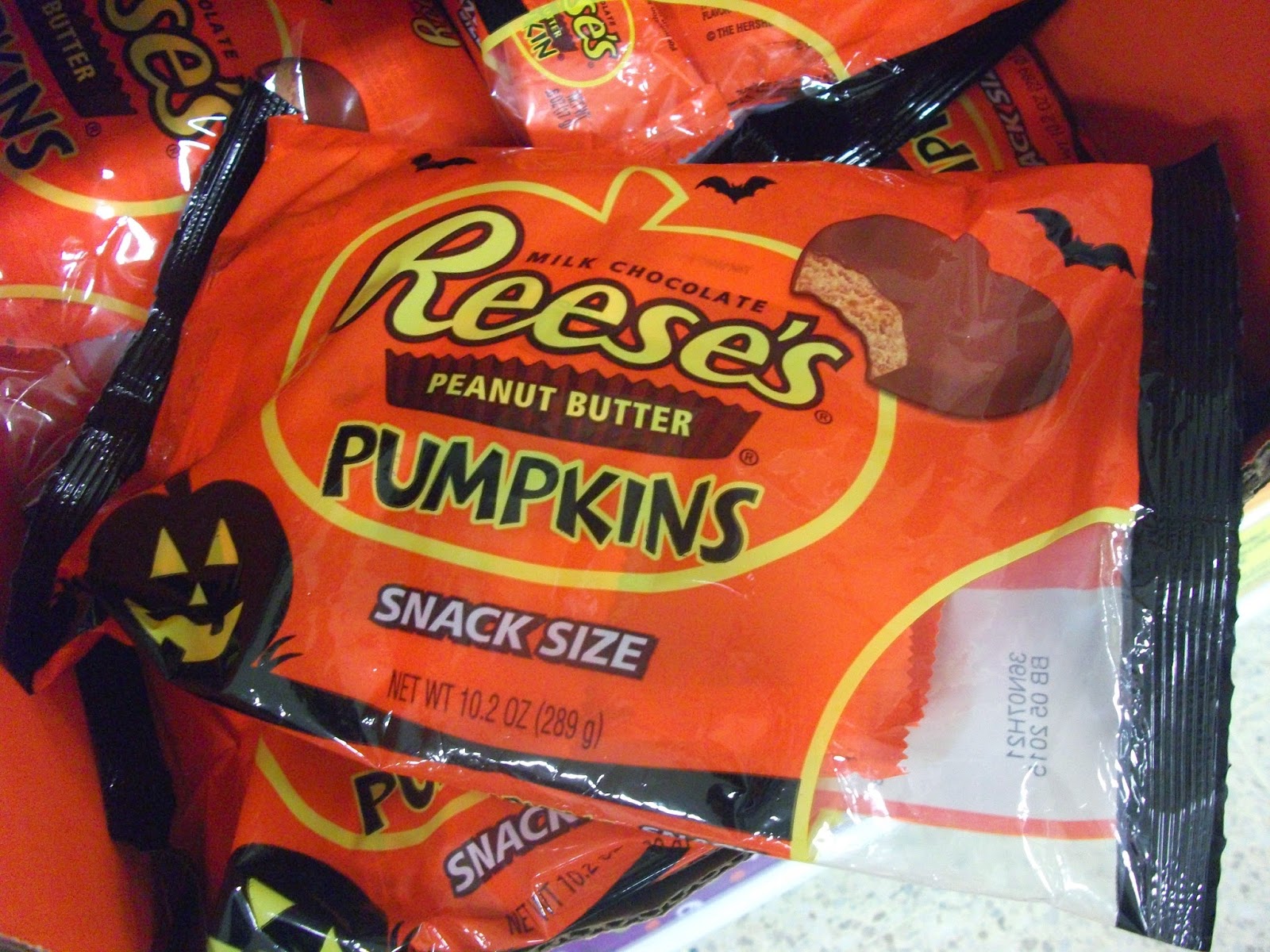 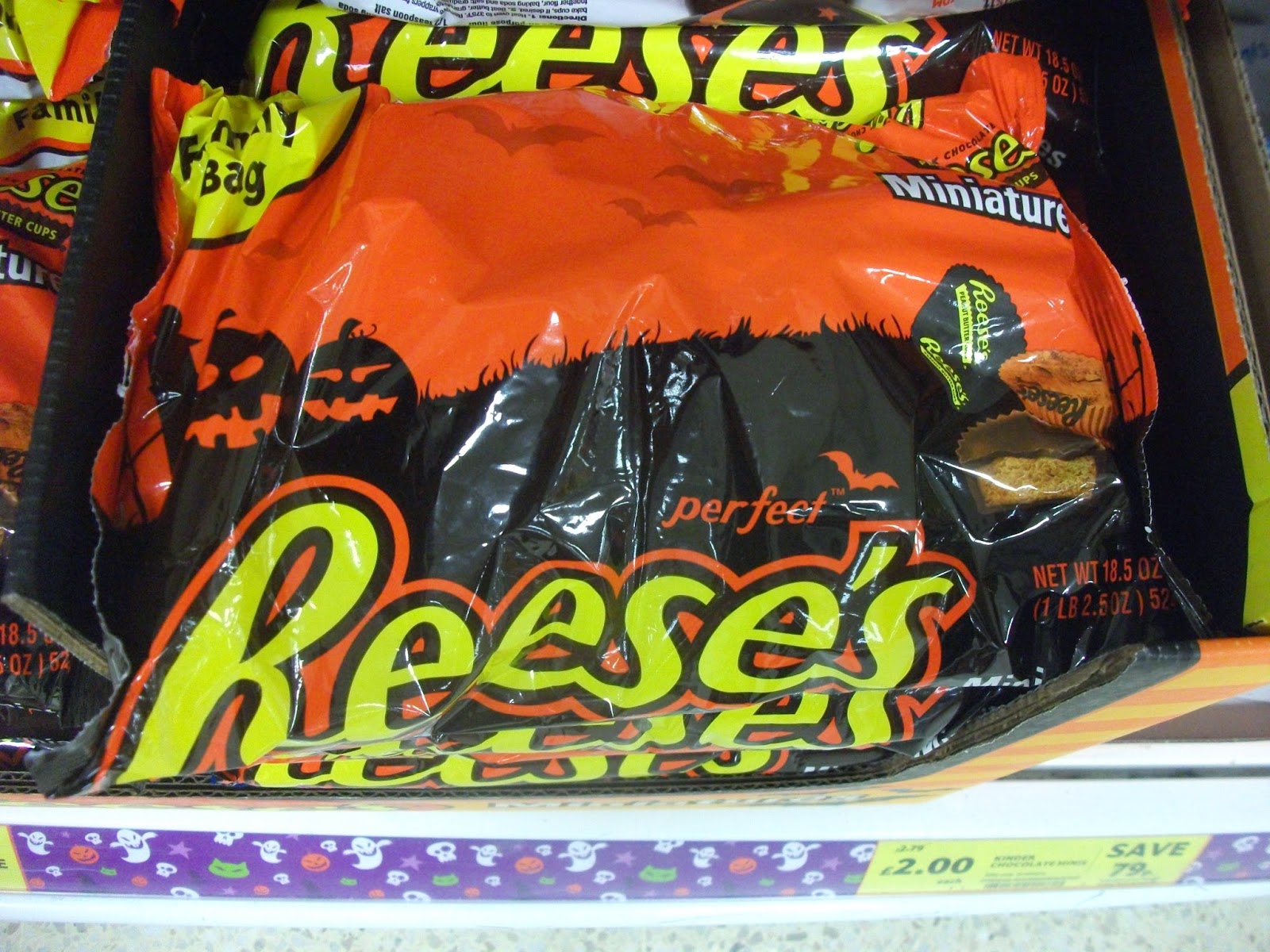 Plus Reese's Miniatures are available in a Family Bag! 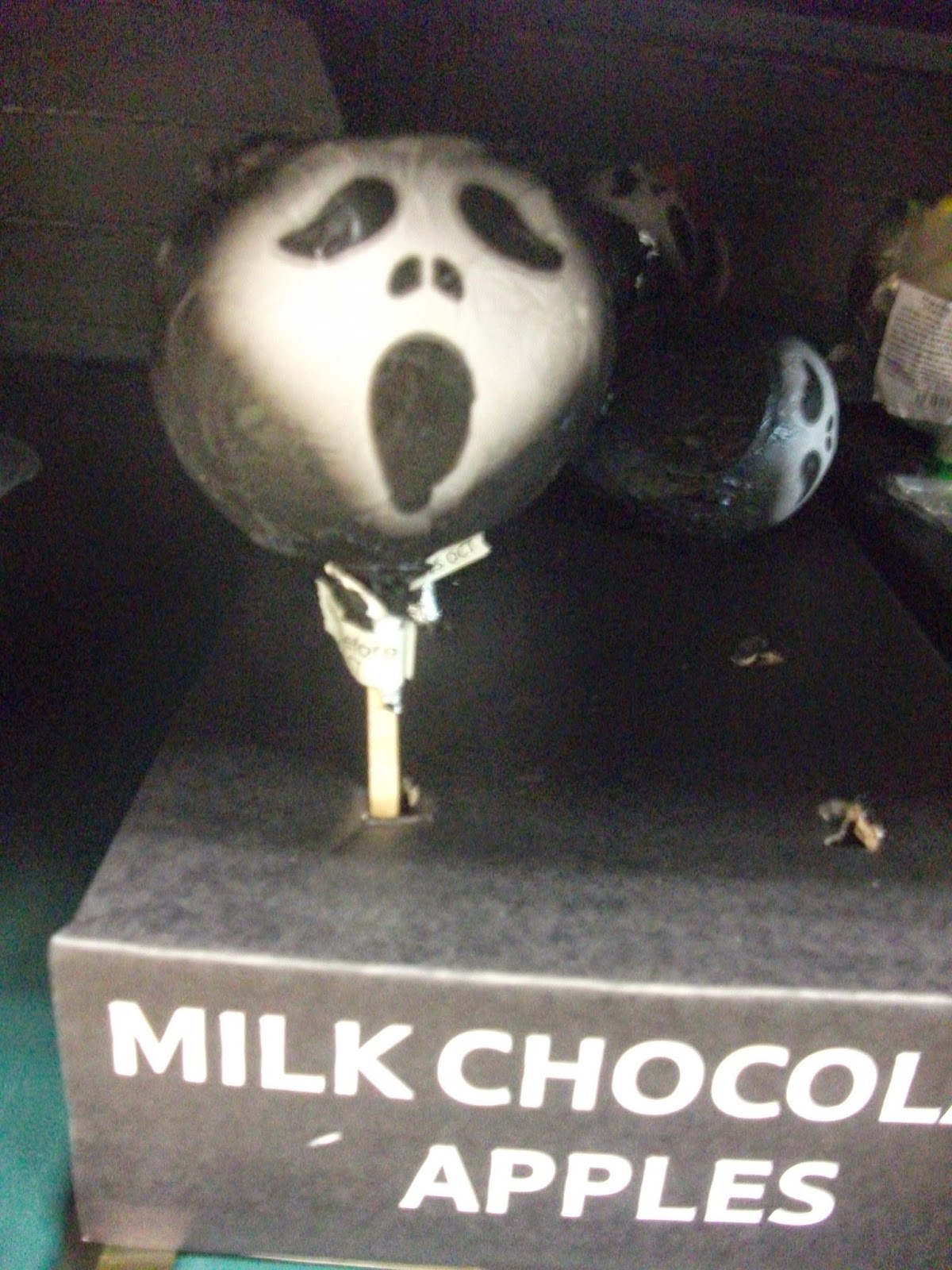 Milk Chocolate Apples: These are just basic chocolate apples but how spooky do they look?! Spotted at Tesco. 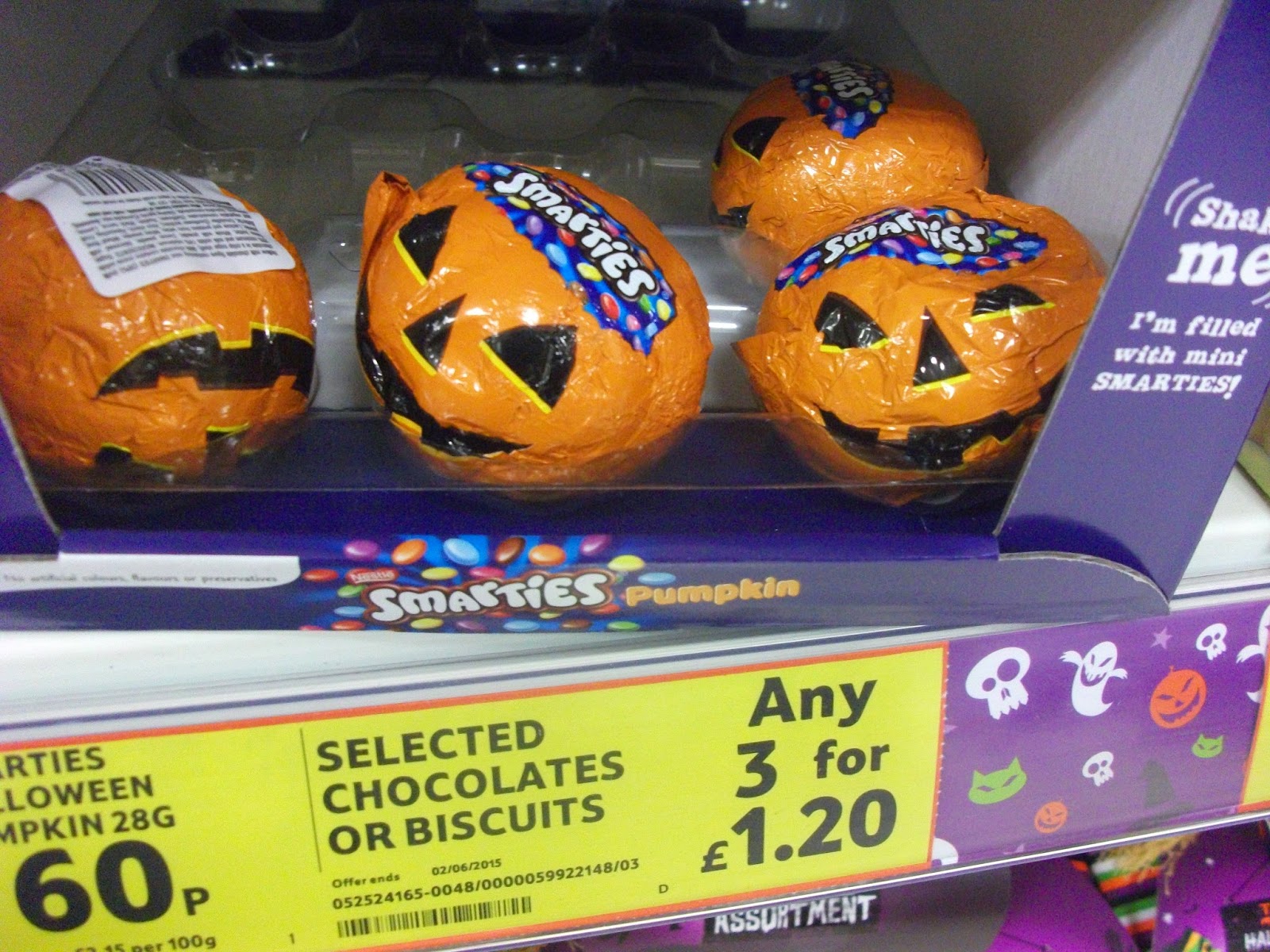 Smarties Pumpkins: These have been a Halloween staple for years now, they must be very popular...unfortunately some of these were a little squashed and/or melted! Spotted at Tesco. 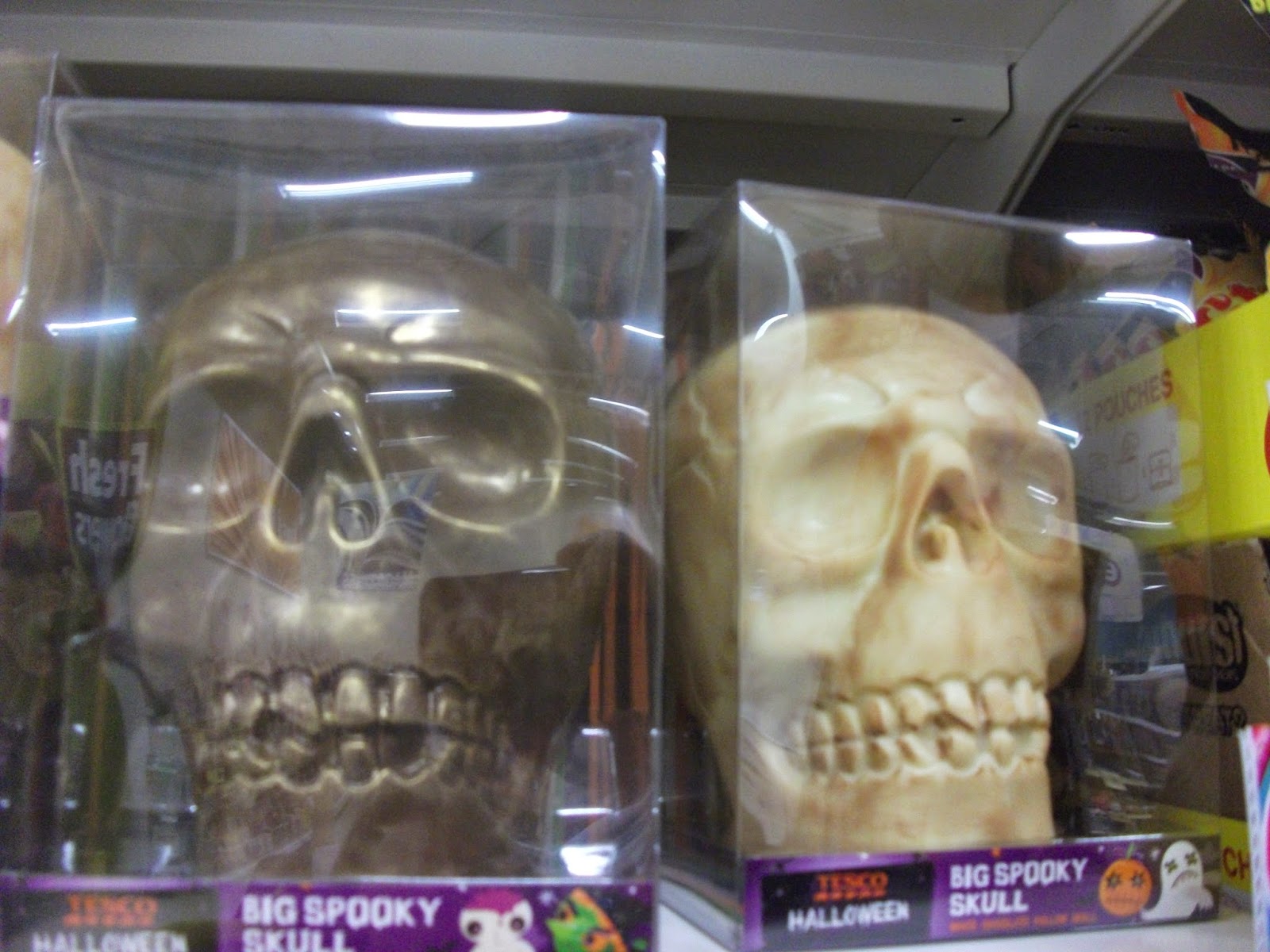 Spooky Chocolate Skulls: Tesco are doing these chocolate skulls in white or milk chocolate for £10, plus some smaller ones for about £5. 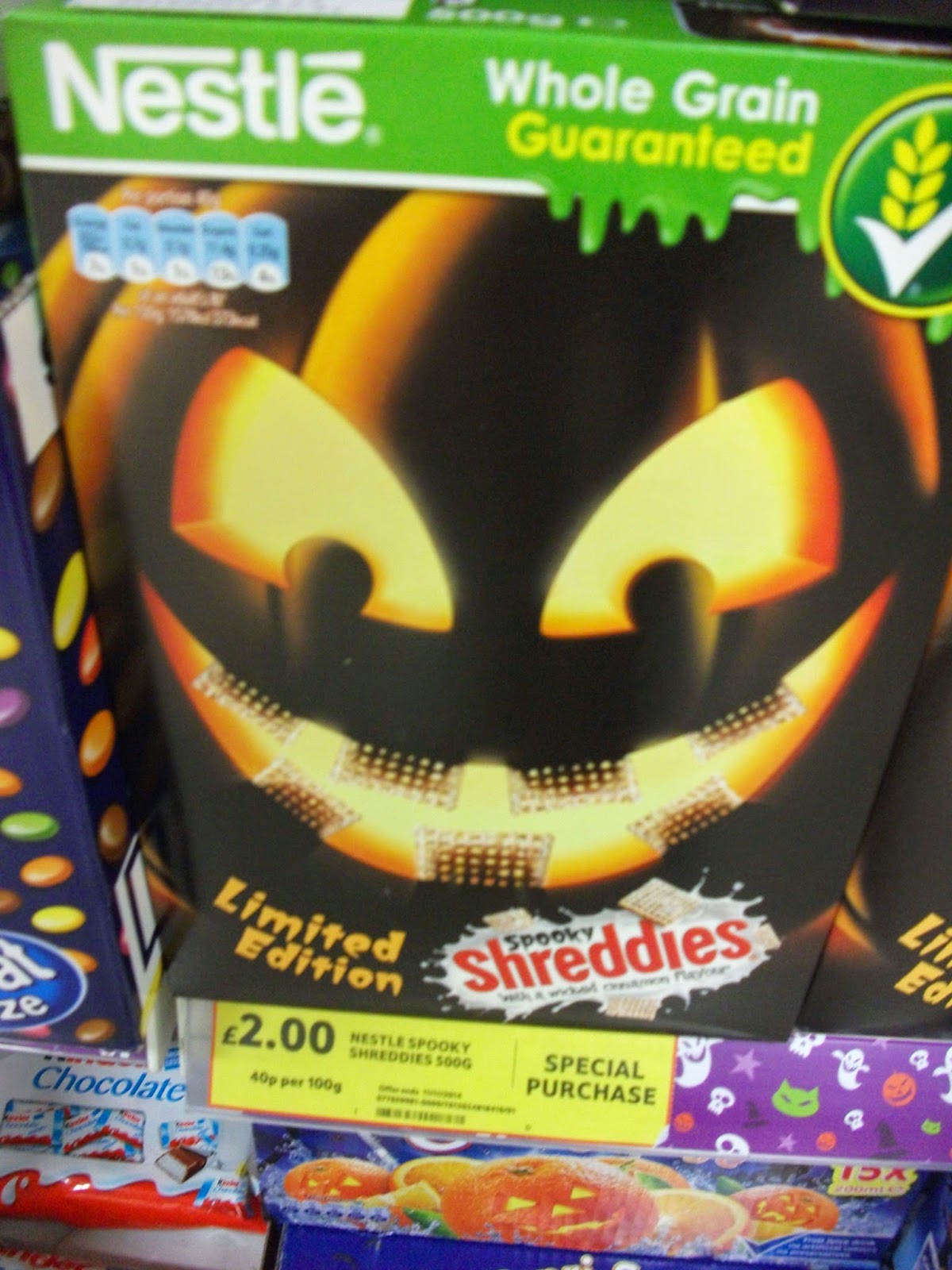 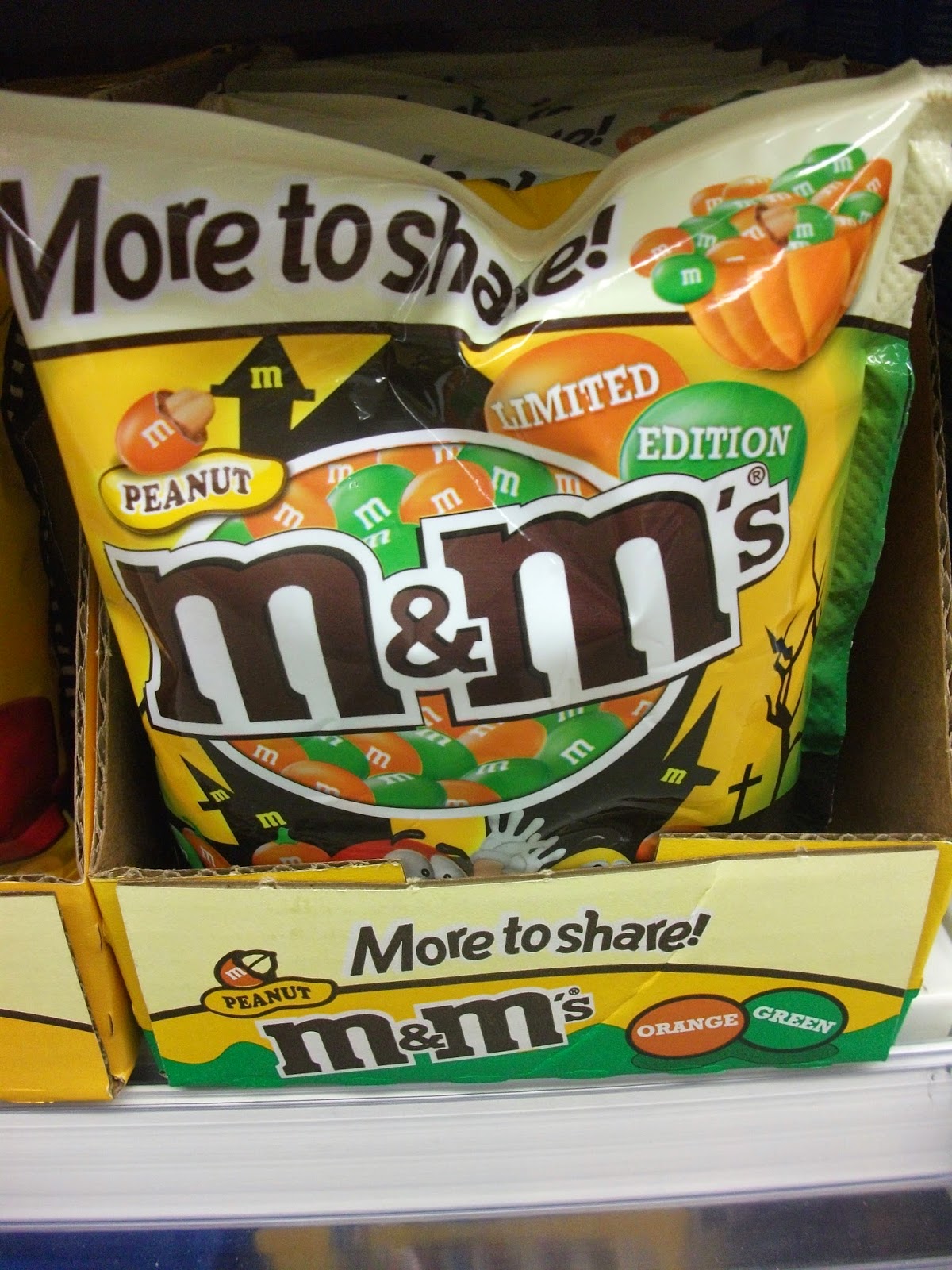 This Limited Edition M&M's variety contains orange and green peanut M&M's. If only they could have made them in different flavours....such as orange and mint maybe? Available in most shops, plus they come with a special "Trick or Treat" bowl in Spar! 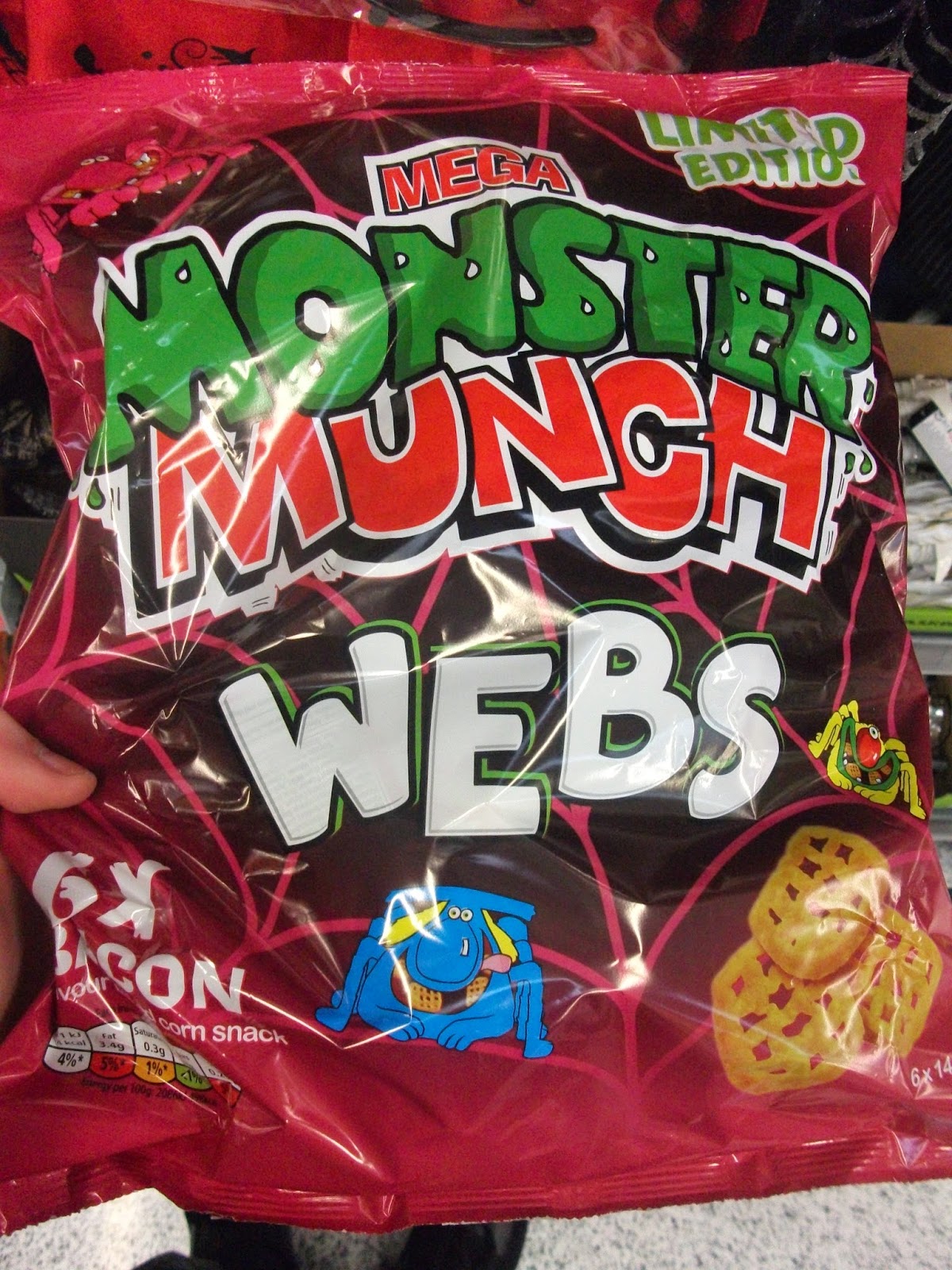 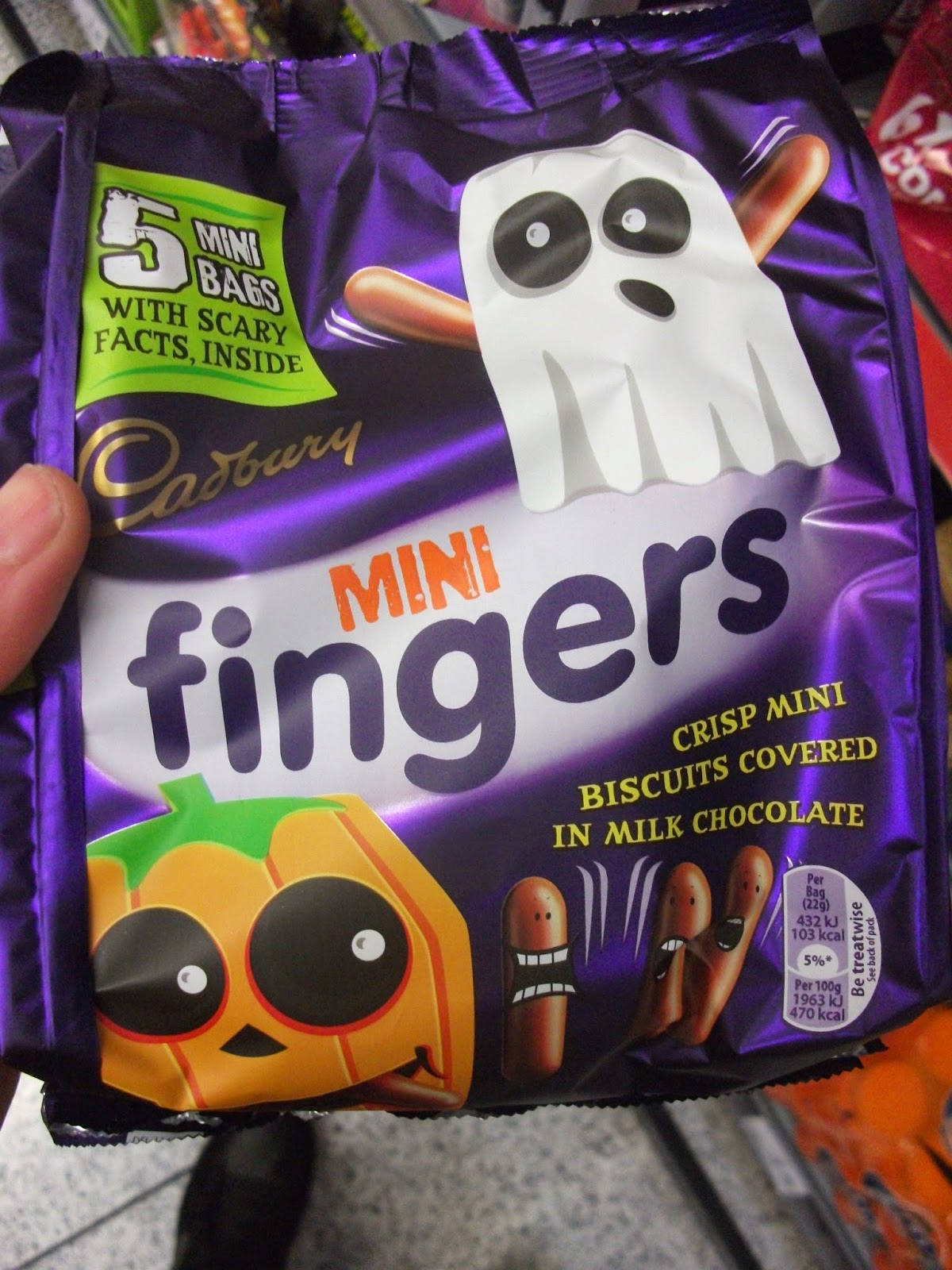 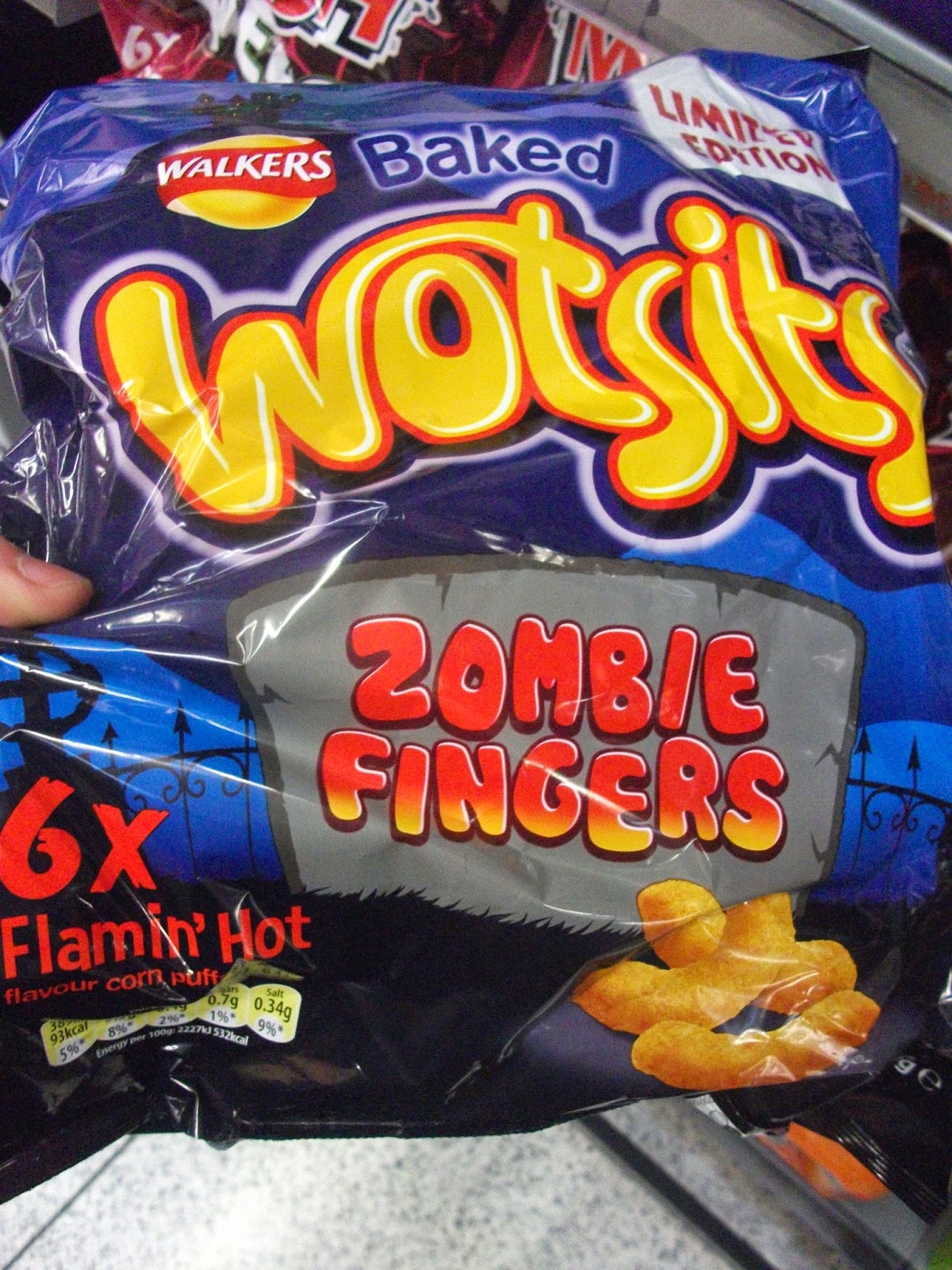 Baked Wotsits Zombie Fingers: I think these were also out last year...Spotted at Asda. 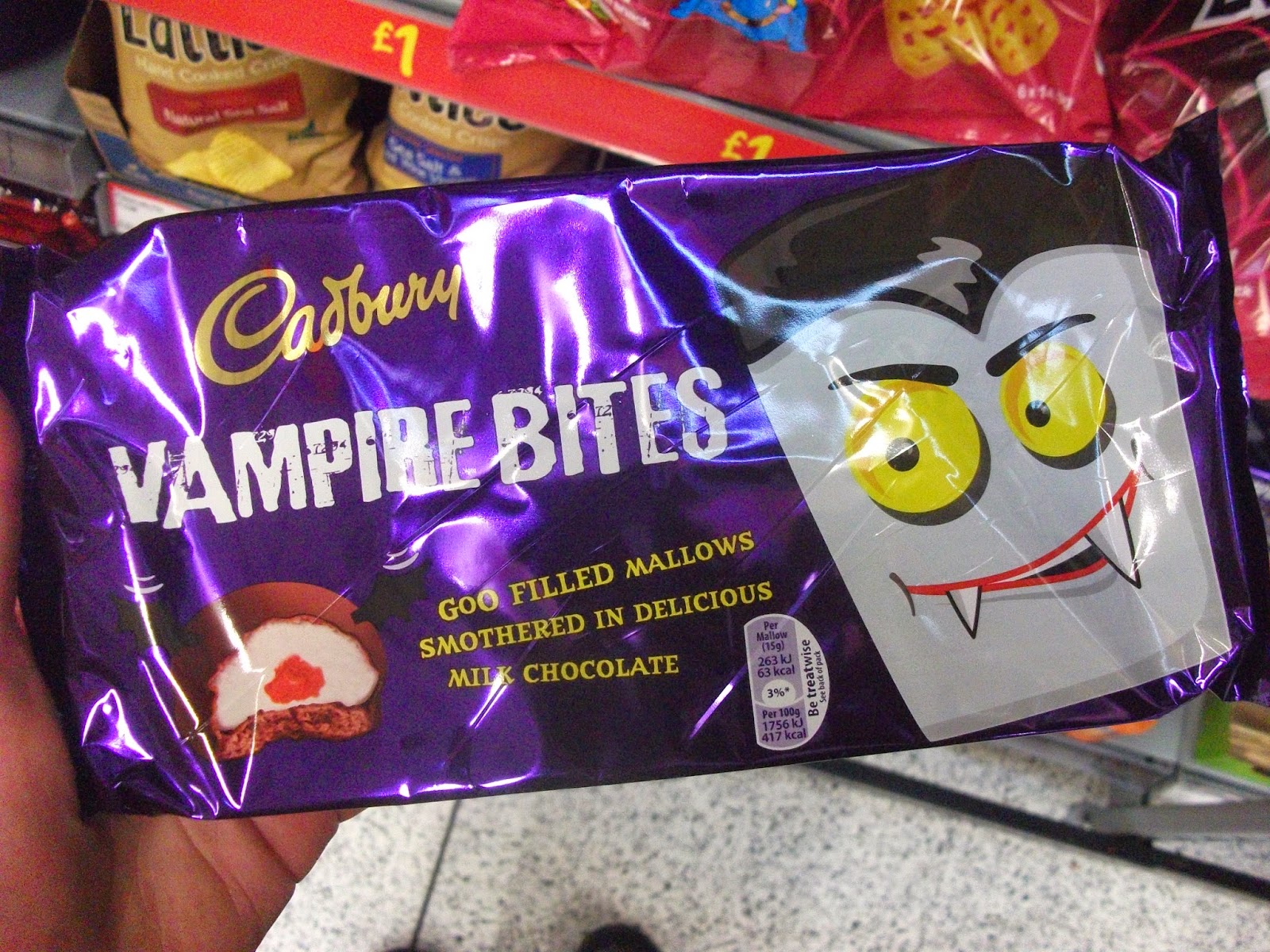 Cadbury Vampire Bites: Chocolate coated mallows with a gooey strawberry centre. These have been around for a few years now. Spotted at Asda. 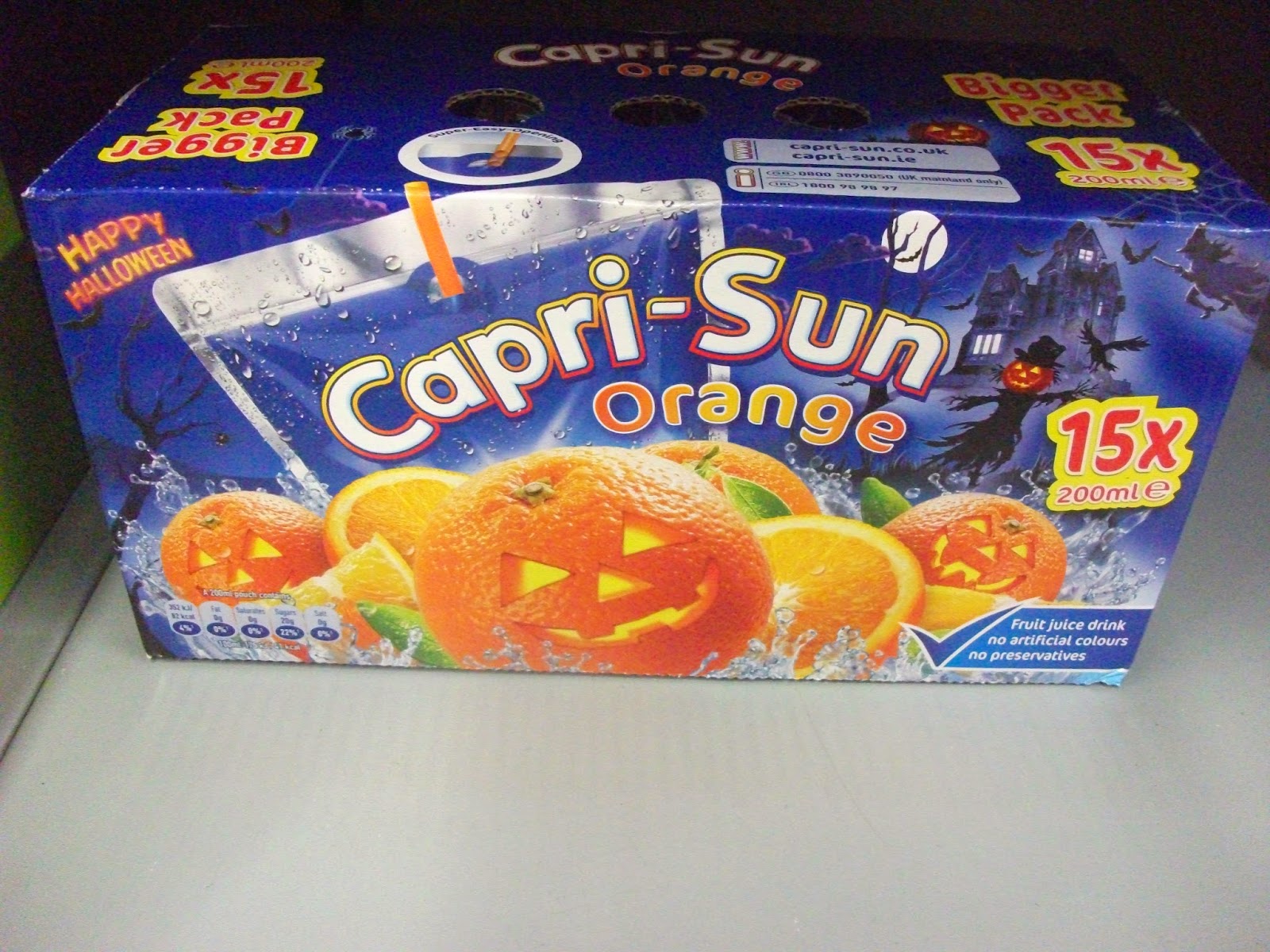 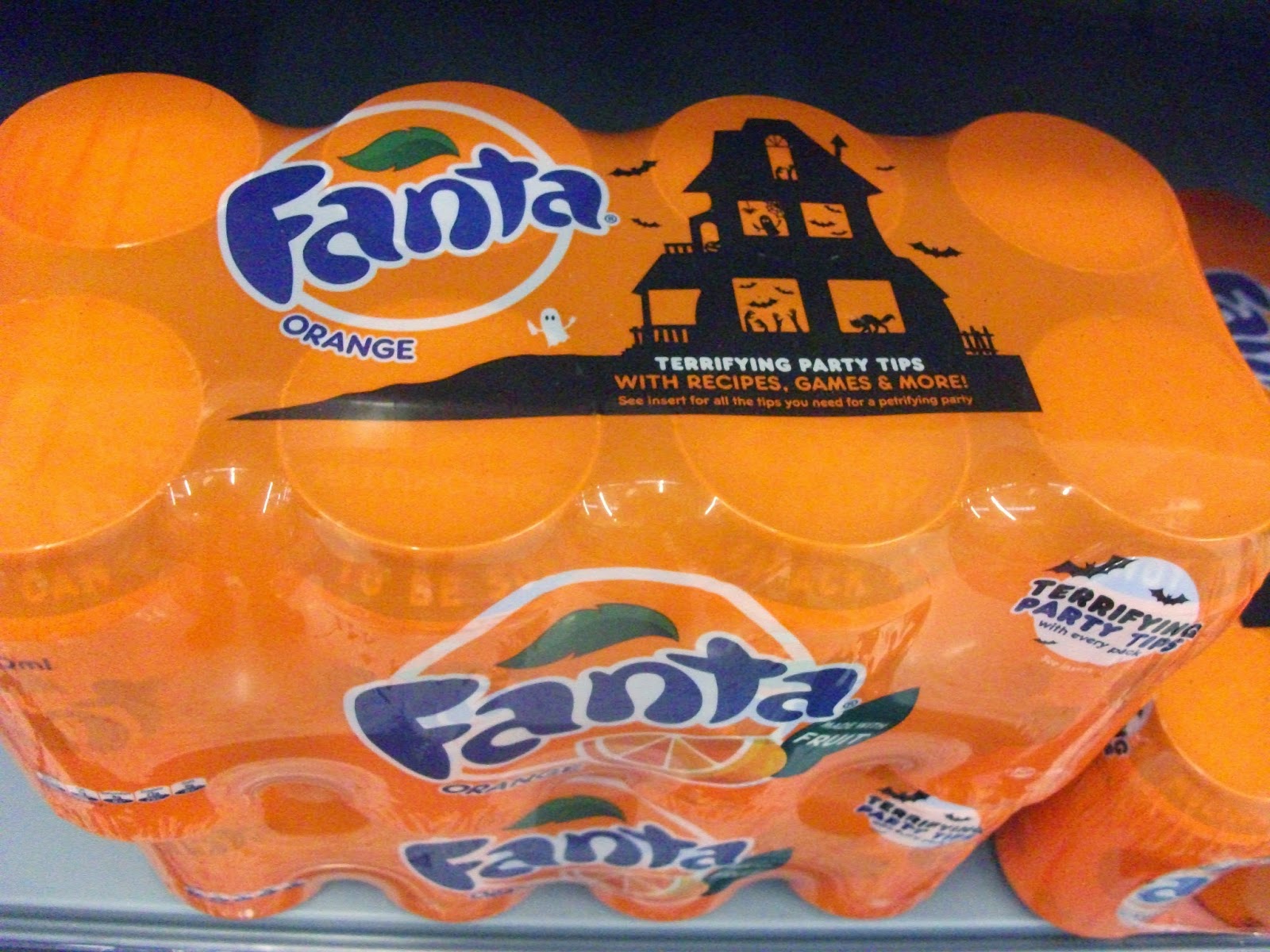 Have you seen any cool Halloween themed snacks in shops? If so let me know via Twitter/Email!
Asda Halloween Rowntree's