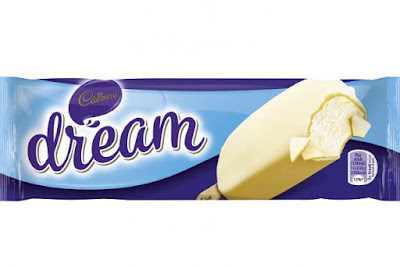 If you've sorely missed Cadbury Dream White Chocolate since it was withdrawn from UK shelves many years ago, fear not, it's going to be back for Summer, albeit in a colder form - yes, ice cream! Dream Ice Creams have been in shops sporadically for several years now (including a Strawberry variety that was exclusive to Farmfoods) but finally they're getting an official release just for the Summer, yay! It will be sold in major supermarkets in packs of three, and impulse sticks will cost £1.80 from convenience stores.

Maybe Cadbury are testing the waters to see how popular they are...who knows, maybe the proper Cadbury Dream bar may be resurrected if sales are good! 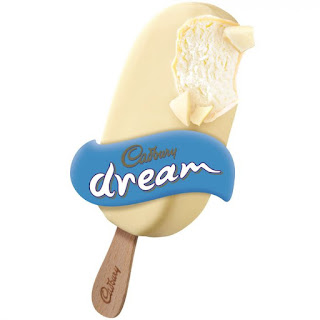 You can already find Cadbury Dream ice creams in Fultons Foods, a Northern based frozen food store if you're lucky enough to live near one (there's a store finder in the link above). I'm not sure if they sell imports or the official UK version, but here's some I spotted in there recently: 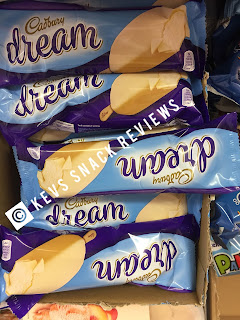 Have you tried Cadbury Dream Ice Creams before? Have you seen them in Jack Fultons? Let me know in the comments!