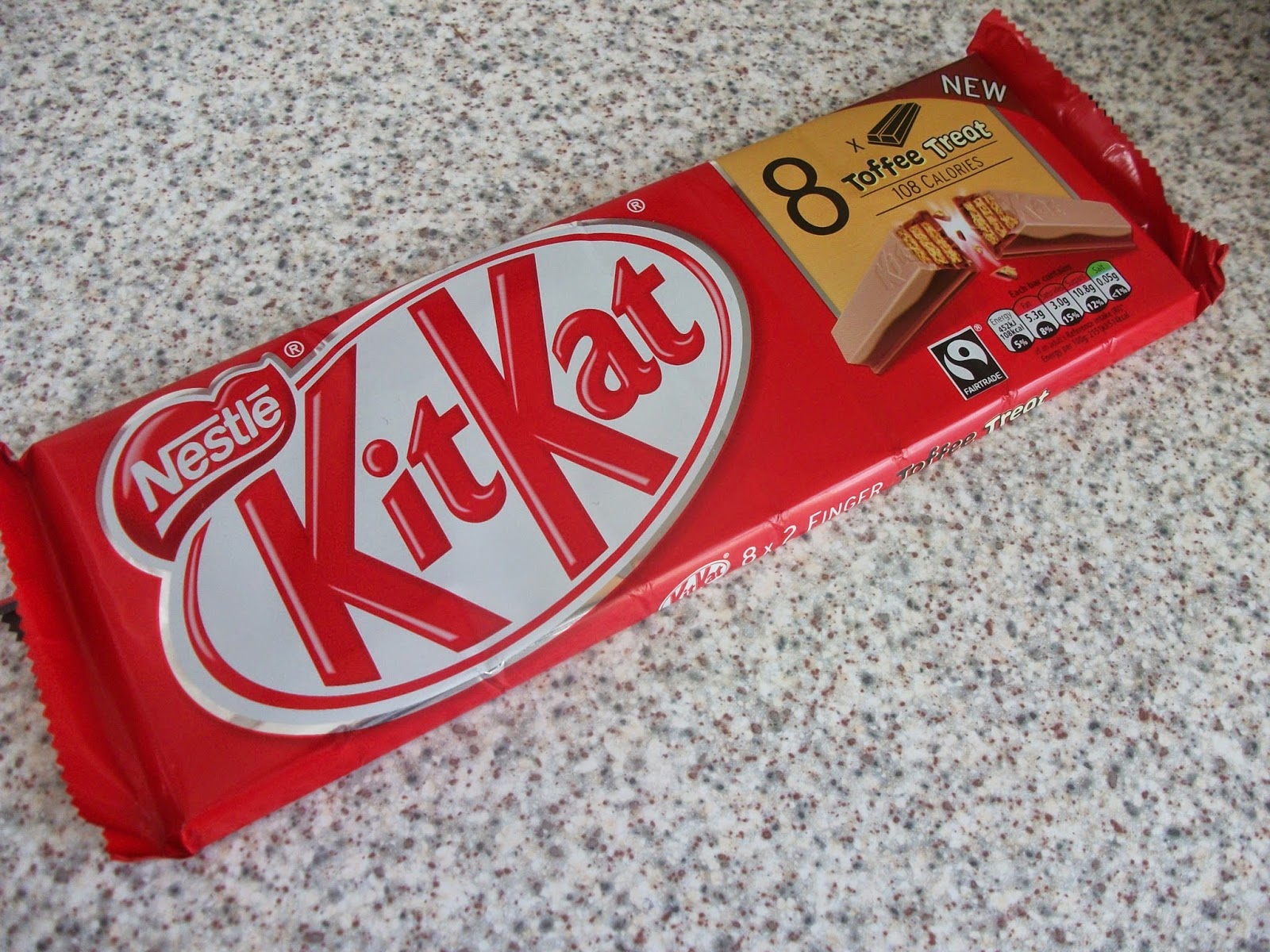 A new Kitkat flavour is always a "big thing" in my opinion, considering it's the biggest selling chocolate bar in the world. Nestlé UK have been quite busy with the Kitkat brand recently, launching a new Kitkat Chunky Double Caramel, and also this new toffee variety in the multi-pack range found in the biscuit aisle. 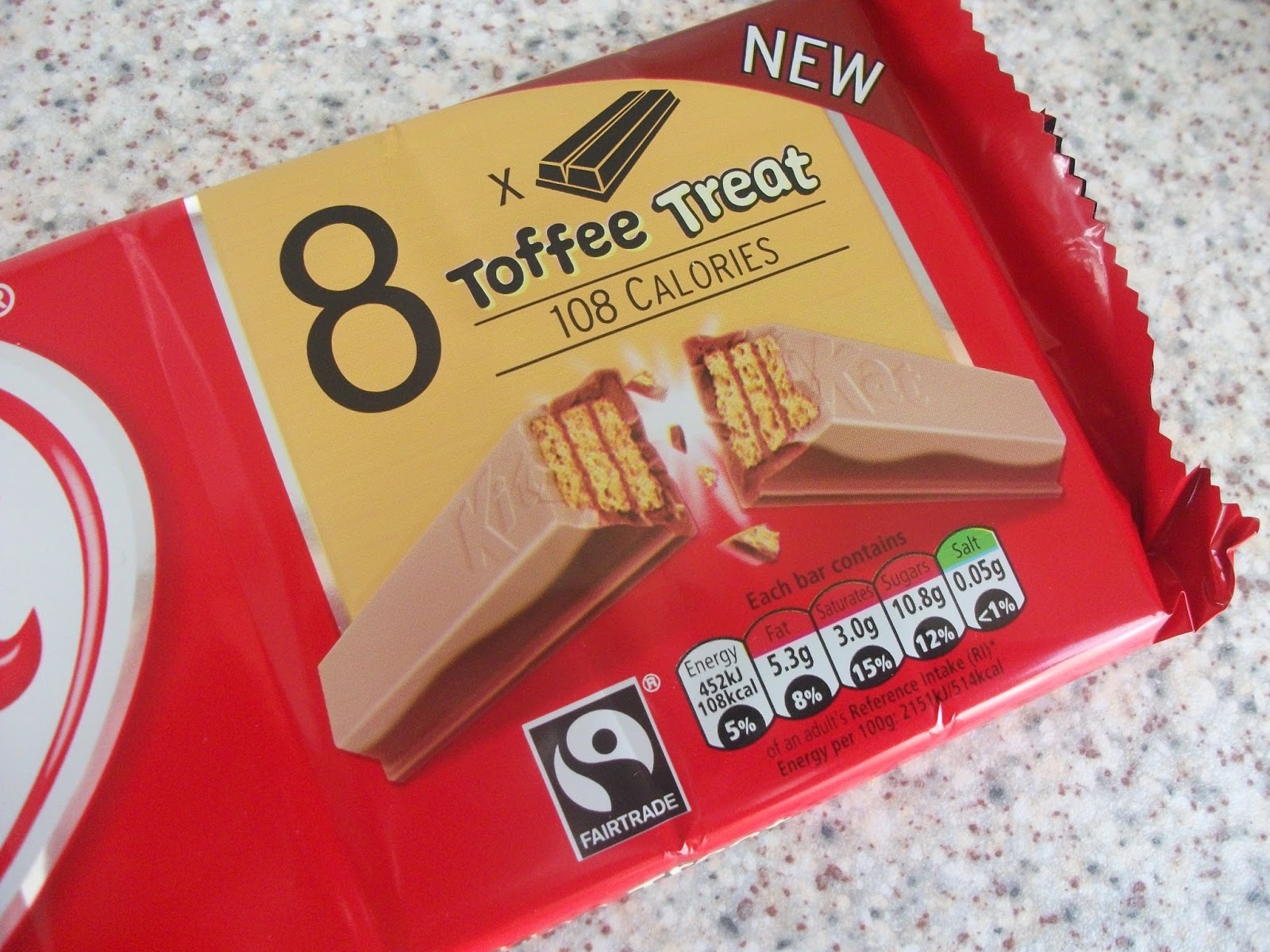 Opening the wrapper, the bars had a very strong toffee aroma...I could tell this was going to be sweet! 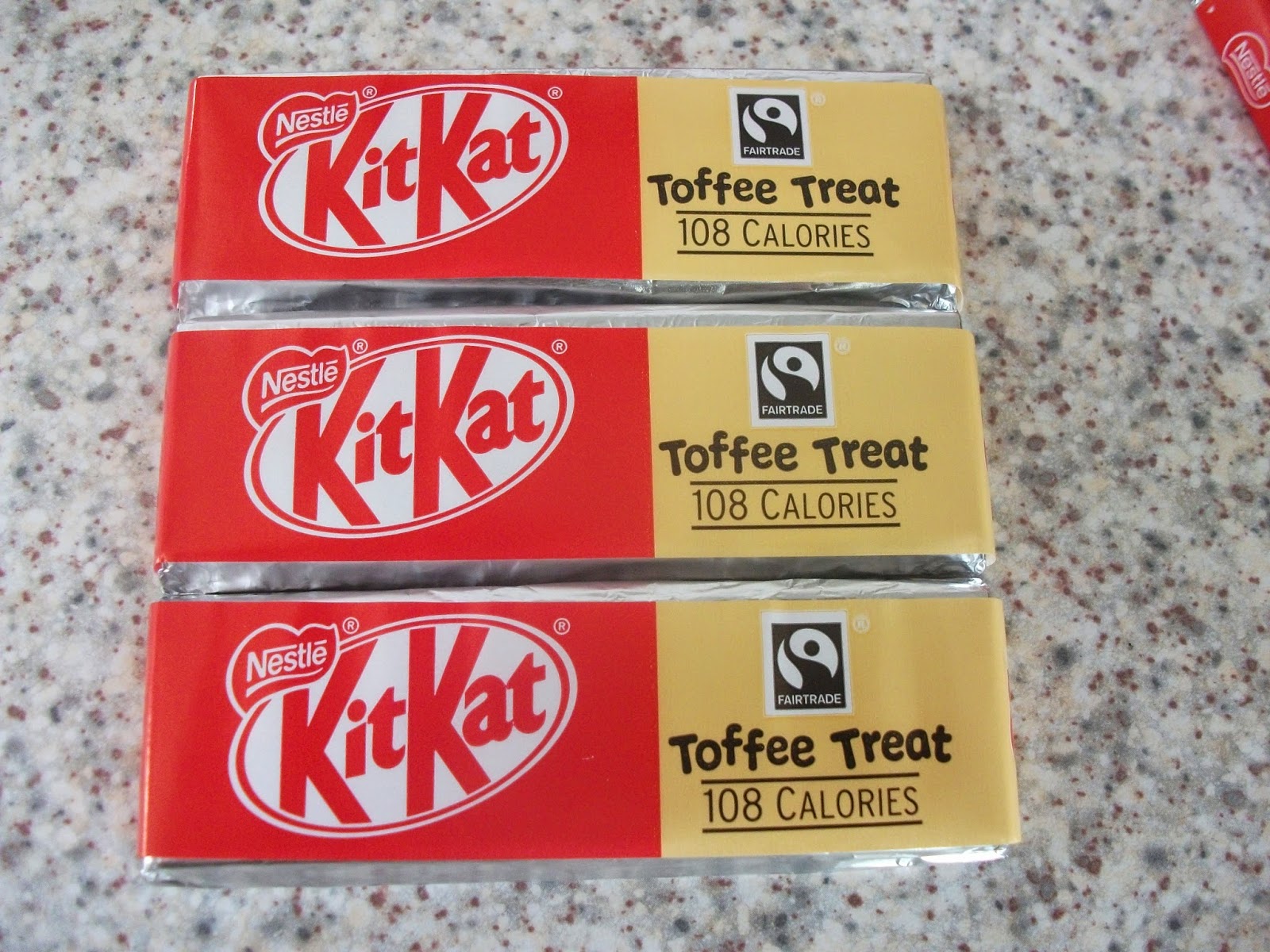 Unlike the 4-finger and Chunky Kitkats, this 2-bar version has retained the much-loved foil wrapper, and I have to applaud Nestlé for this as it looks quite grand with the light glistening off it! 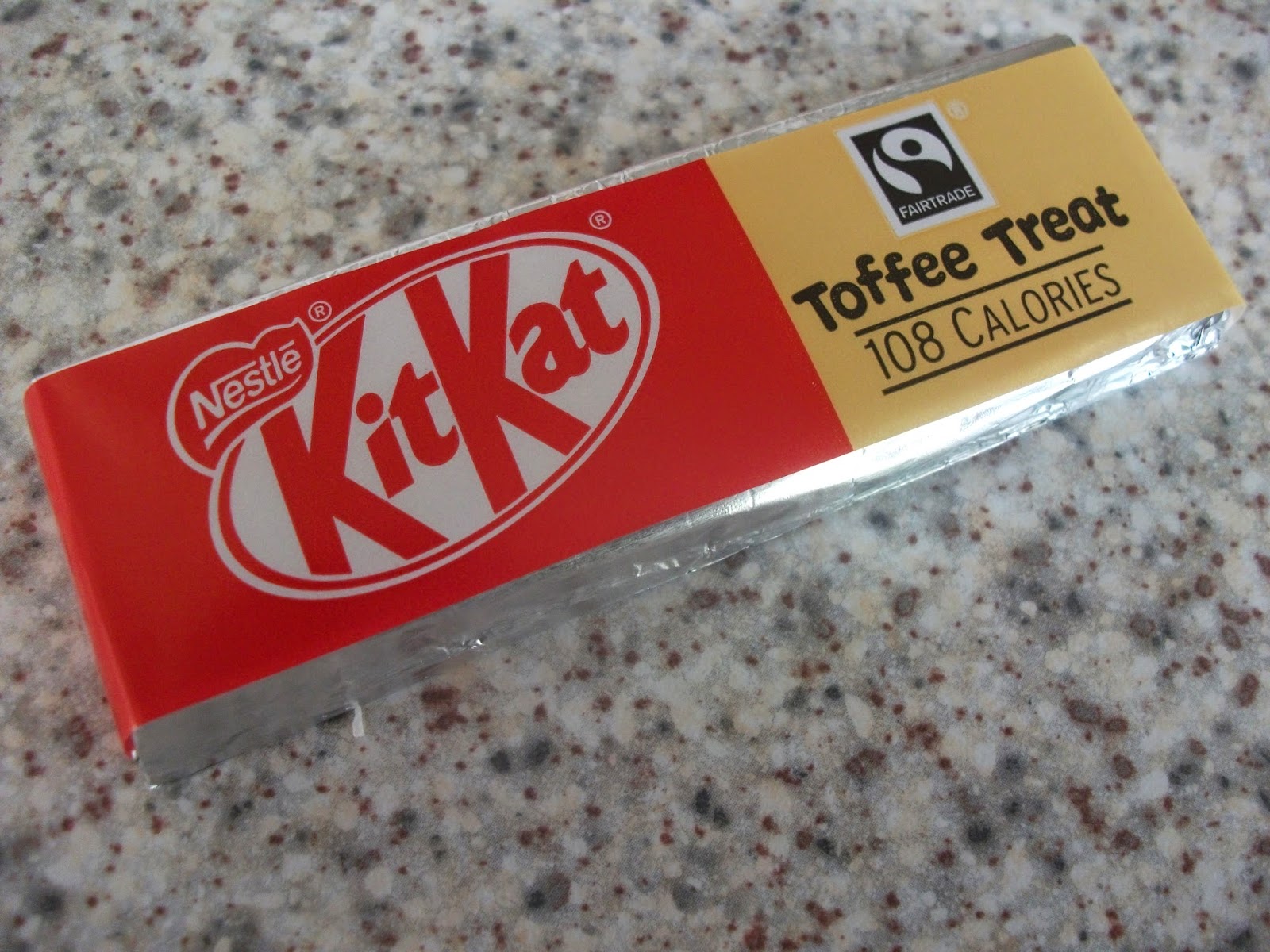 Peeling the foil off revealed a two-tone bar, with a beige coloured upper layer and milk chocolate layer underneath. It brought back memories of the much-missed Kitkat Caramac... 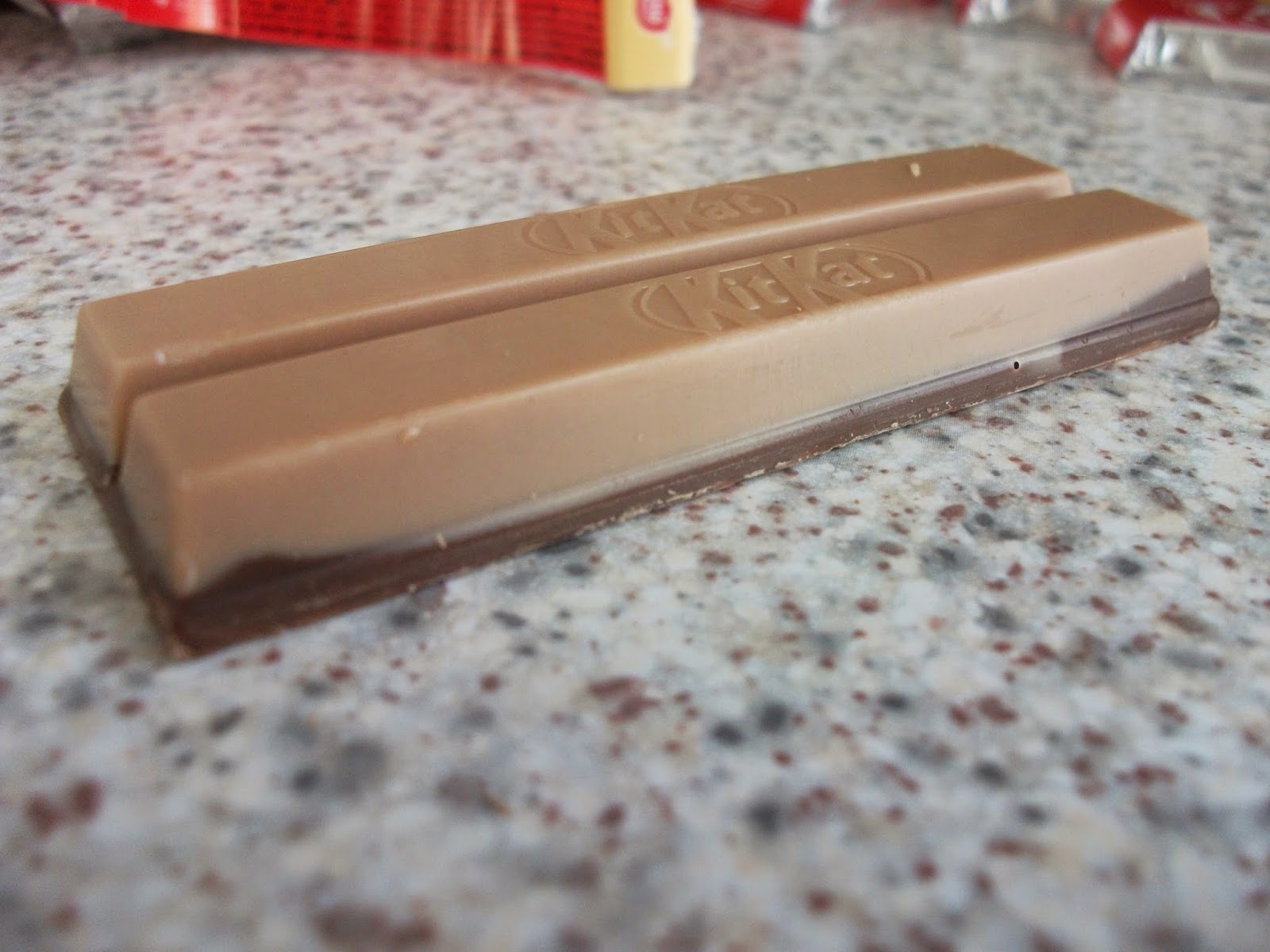 Taste-wise it was of course very sweet, with a strong toffee flavour, but luckily the milk chocolate layer toned the sweetness down a little making it more bearable. It was a nice snack dunked in a cup of coffee, but you wouldn't want more than one of these at once, so it's just as well it's in a two-finger format. This is definitely one for the sweet-toothed! 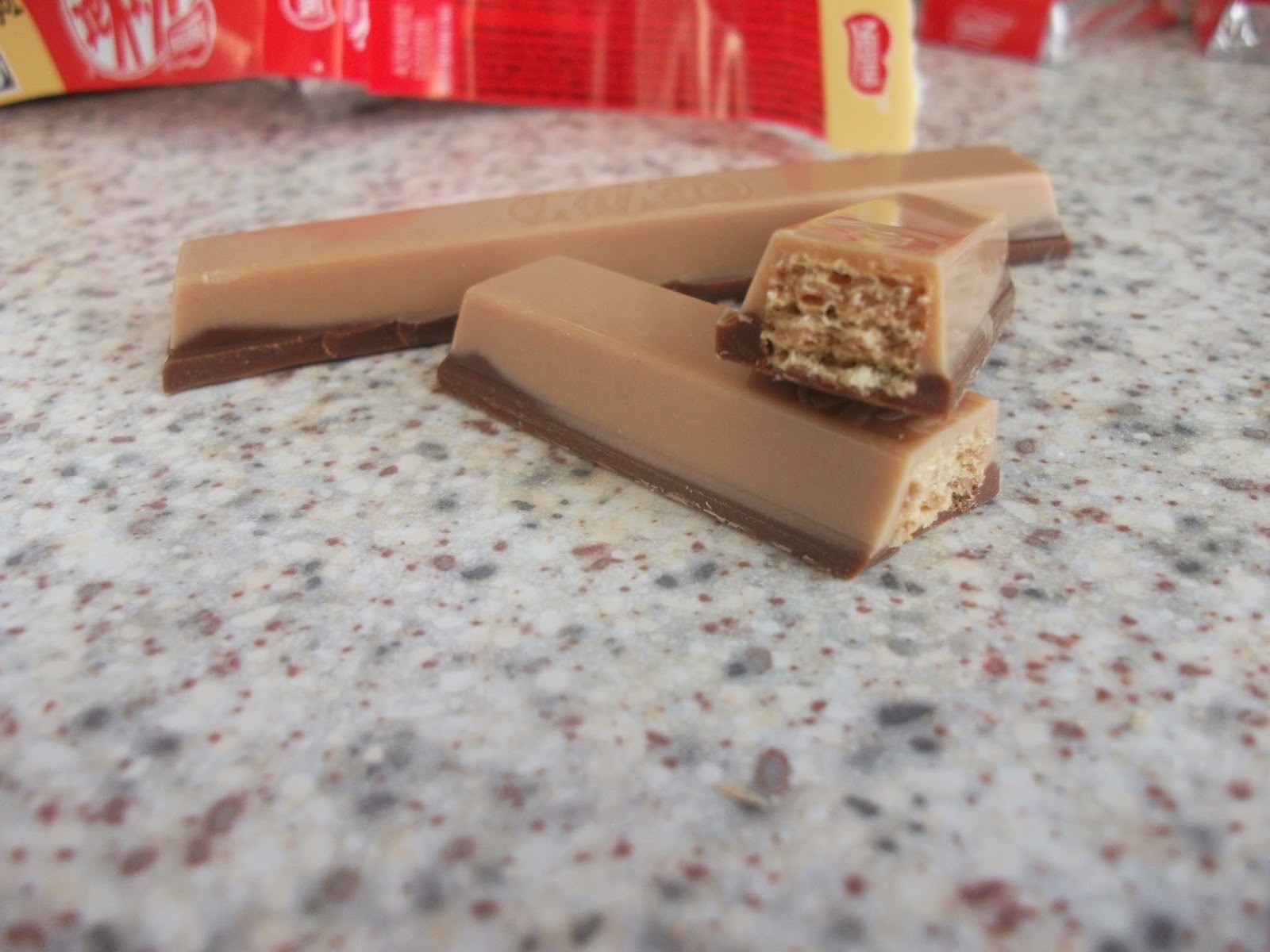 Overall, it's nice to see something a bit different from Nestlé and even if they haven't seen sense and brought back the mighty Kitkat Caramac... this will do for now! ;)