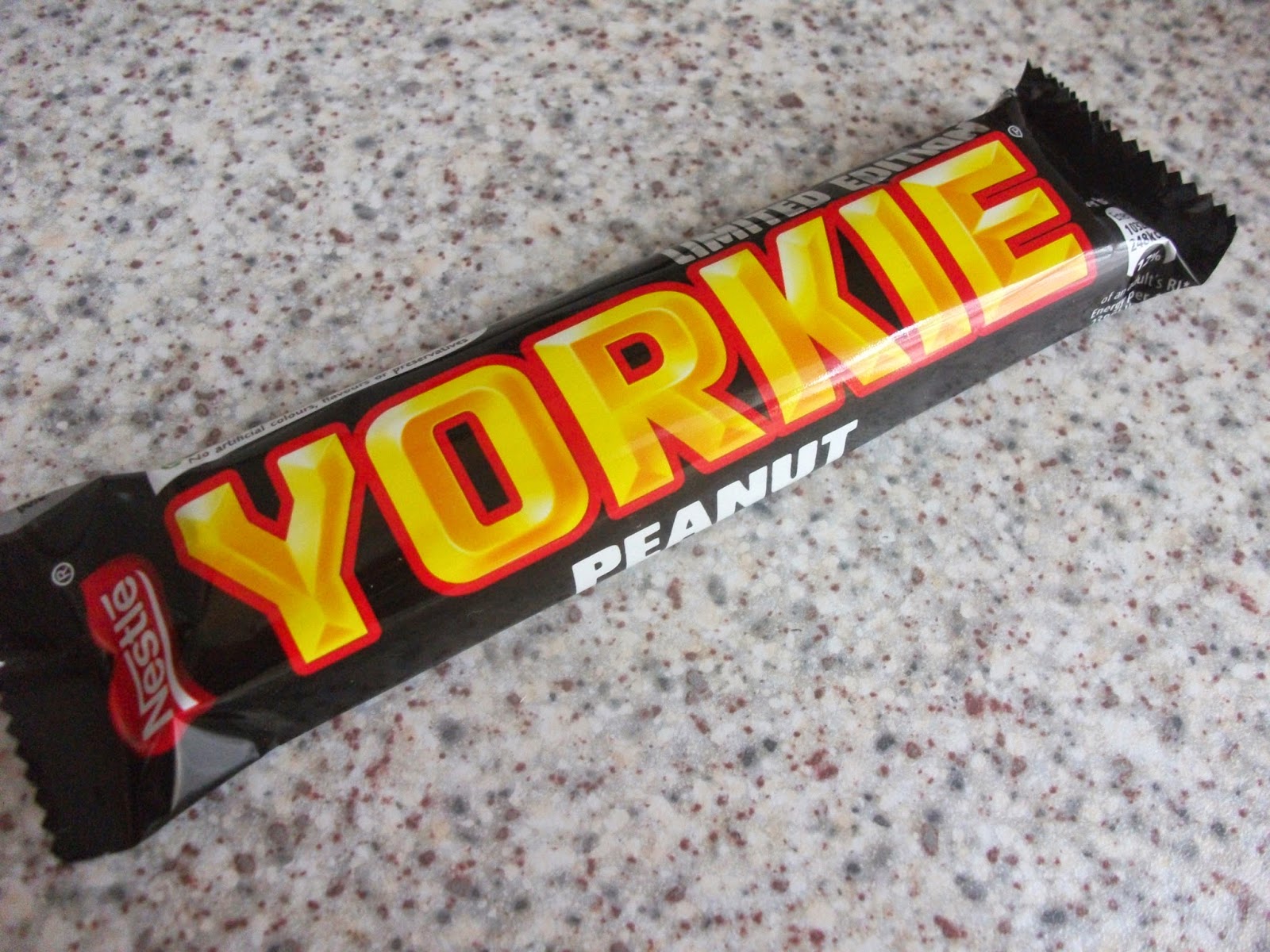 Nestlé UK recently announced the launch of a new limited edition Peanut Yorkie, which is exciting news since we don't often get many peanut chocolate bars here (although Peanut Lion Bars recently made a return - hurrah!). Of course many of my readers will know that peanut Yorkie isn't "new" as such, it's been around before...there's even a Facebook Page to bring it back (although isn't there a Facebook page to bring everything back these days?!)

Considering all this I think we're lucky Nestlé chose to resurrect it...it's not too often that old much loved products get a chance to shine again (case in point: Banjo Wafer Bars!) 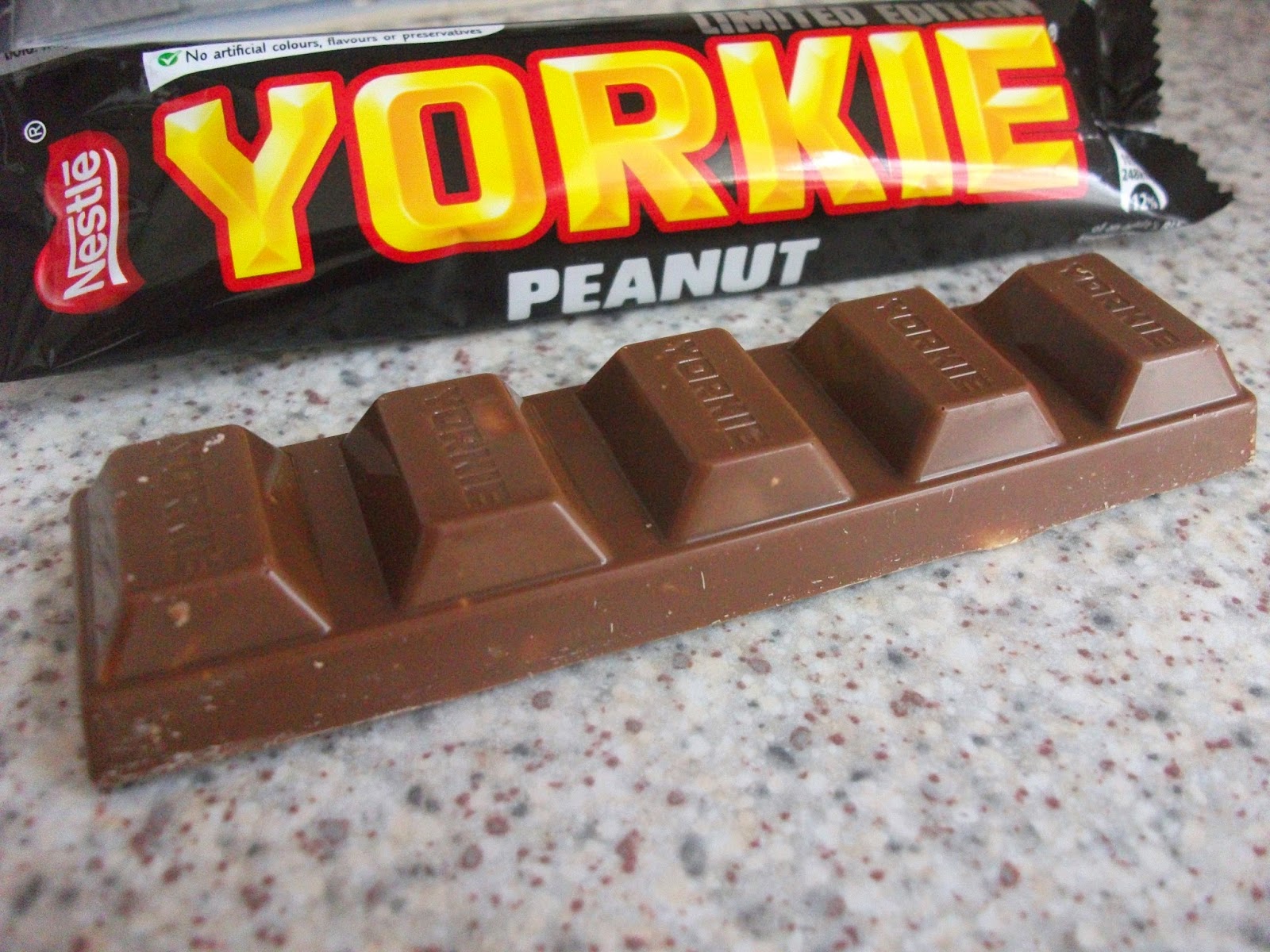 The bar is described as "Chunky milk chocolate with peanuts (25%)" and contains 25% cocoa solids. Opening the wrapper, the first thing I noticed was the intense smell of roasted peanut. It reminded me of the mighty Snickers bar, but with an even more intense peanut aroma. It's split into 5 chunky blocks. 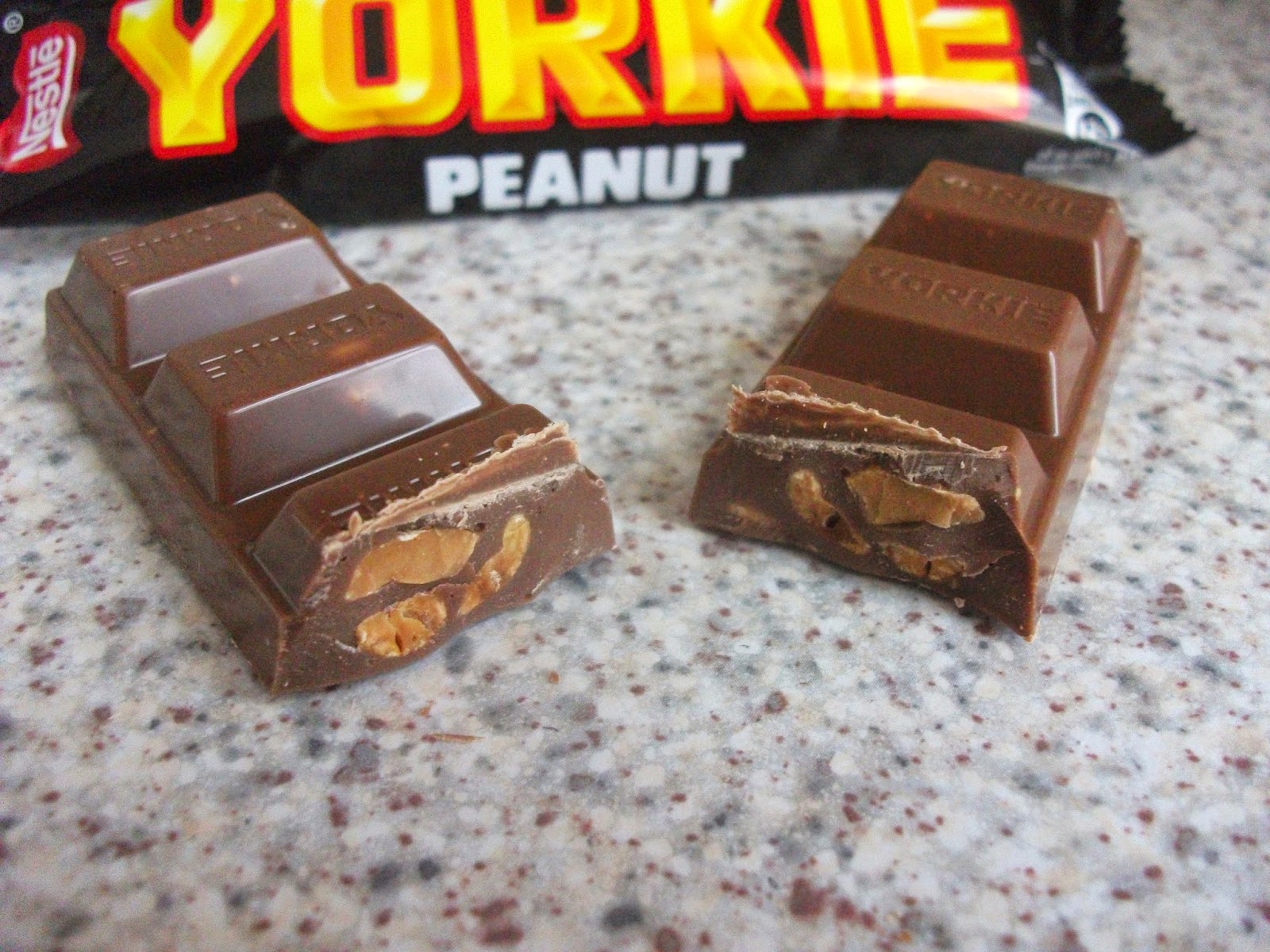 Cutting through the central block revealed plenty of roasted peanuts embedded within... 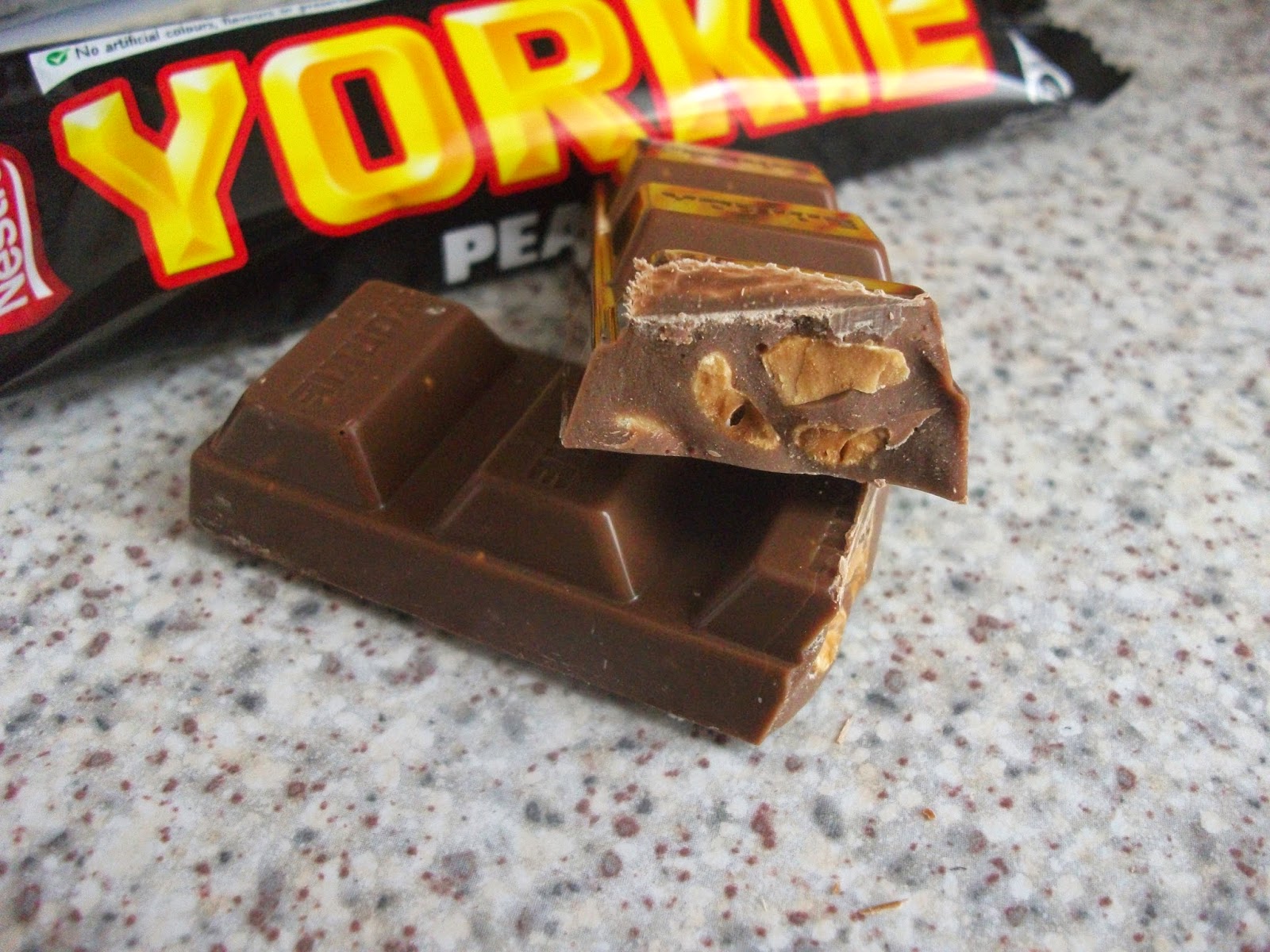 It will come as no surprise that peanut was the defining element of this bar. The milk chocolate itself was decent enough; sweet and milky, like most Nestlé chocolate, but nothing that stands out. The roasted nuts made the bar truly special...they were very flavoursome and moreish, making it ridiculously easy to munch through the bar all at once (though to be fair it's not that difficult, considering the new smaller size).

Overall, I wouldn't say this is as great as the legendary Snickers, but it's certainly nice to have a chunky chocolate bar containing just peanuts without added ingredients such as raisins. If you're a fan of peanut chocolate you'll definitely want to give this a try, before it disappears from shelves again!