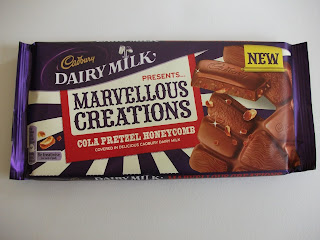 This one is described as "Milk chocolate with chewy cola flavour nuggets (8%), pieces of salted pretzel (4%) and honeycomb (3%)". The bar comes in irregular-shaped blocks like the other Marvellous Creations bars: 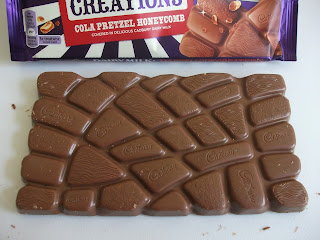 Despite being only 4% of the total bar, there looked to be plenty of pretzel pieces embedded in the chocolate: 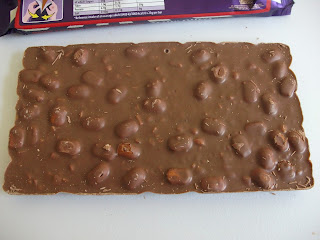 This has to be one of the craziest chocolate bars Cadbury have ever released, and I was expecting it to be too weird to taste nice, but...I actually kinda liked it! 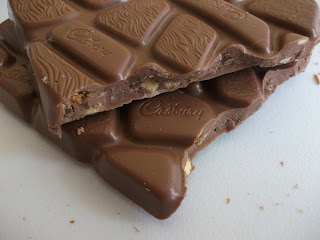 The chocolate smelled as good as ever with it's comforting, creamy Dairy Milk scent. Snapping a piece off released a faint whiff of cola, which had me worried it would just taste "wrong". However I was pleasantly surprised - the combination is actually quite addictive, although a little odd. I think it's because the pretzel pieces give the bar a savoury, moreish edge. Added to that was the crunchy honeycomb which added a lovely toffee flavour. And the cola pieces? They were a bit odd, but for me they brought back memories of cola bottle sweets from childhood, and combined with the creamy Dairy Milk gave me a warm, nostalgic feeling. I can't really explain why but I actually enjoyed the combination despite part of me thinking "it's just wrong!" 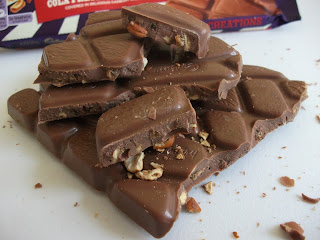 Overall, this bar certainly isn't a sophisticated combination and many will balk at how awful it is purely on principle but...I kinda liked it. It's a bit like the Lady Gaga of chocolate bars - odd, but strangely endearing. 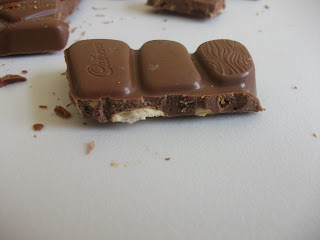