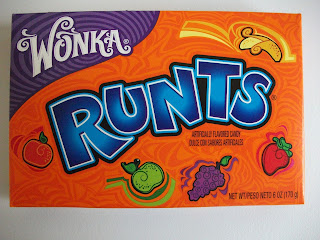 I couldn't believe my eyes when I spotted packs of Nestlé Wonka Gobstoppers, Runts and Nerds in my local Poundland store. They're usually sold for very high prices at American import stores, so getting them for £1 was a real bargain!

I declined to buy any Nerds because I've had plenty of them in the past and the smaller packs are already available at Morrisons. However Runts were a new one on me, I've never tried them before despite always seeing them in American import stores. They never really appealed to me for some reason, however what I never realized is that they come in little fruit shapes! How cool! It made me grin like a big kid when I shook a few out of the box to find strawberry, banana, orange, apple and grape shaped candies. This is what the UK has been missing out on in sweets all this time!

The colours are insanely bright, so it comes as no surprise that they contain lots of e-numbers. But who cares, they're sweets, they're meant to be fun and full of junk! They tasted verrrrrry sweet and artificial, but were weirdly addictive, and the flavours were quite nice despite being artificial. After a few small handfuls though I couldn't eat much more as I got that familiar throat burning sensation and felt a little ill. 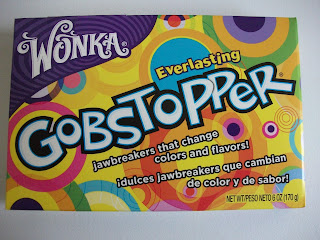 I've had Wonka Everlasting Gobstoppers back when I was a kid, infact I used to buy them regularly but they were the large ones that took hours of crunching before you could get to the "core" part. These Gobstoppers by contrast are a mini version which can be crunched through much more easily, although they are still very hard so I wouldn't recommend trying if you have sensitive teeth! 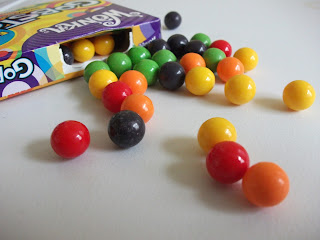 The flavours are pretty decent - fruity and sour, but also very artificial tasting. They're verrrry sugary too, which makes it difficult to eat too many at once. 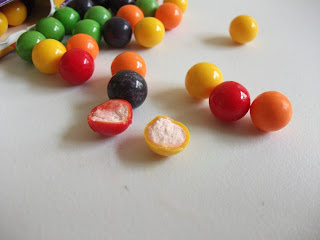 Overall, out of both of these I would say the Runts were my favourite, but they were insanely sweet. I'm not sure why Nestlé USA can't tone down the sugar in them a bit and add some fruit juice instead, like most UK manufacturers are doing these days - it would make them more tolerable. Still, they're a fun product and I enjoyed them for what they were.

If you're a fan of Nerds, Gobstoppers or Runts then I'd suggest stocking up on these from Poundland while you can! According to Poundland's facebook page they're selling out very fast (apparently some people have been buying up to £70 worth in one go!)