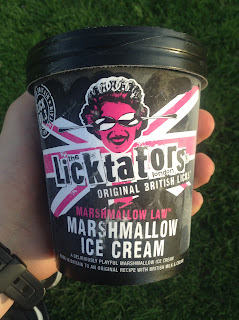 As many of my followers will know, I'm currently on a sugar-free kick, so today's post is one from the archives. However I'm still snapping lots of pics of new snacks in supermarkets which you can find on my Instagram page, please do follow to keep up to date with the latest snack finds!


I've been itching to try this new ice cream from new ice cream company on the block "The Licktators" ever since they popped up in the Co Op recently. Their ice creams seem to be exclusive to the Co Op, I've only seen them there so far, if you've spotted them anywhere else please let me know in the comments. They do some interesting and uncommon flavours such as custard, cinnamon doughnut, and more.

Indeed, they seem to pride themselves on their interesting flavours - here's a blurb from the tub "The Licktators are independent British ice cream revolutionaries liberating the world from ordinary ice cream with their sub zero collection of original British licks". 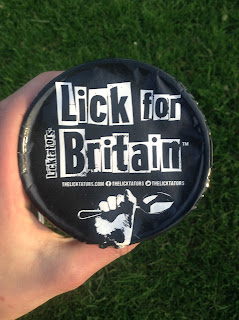 They're definitely proud Brits, boasting that their ice cream is "made in Britain to an original recipe with British milk and cream".  Even opening the lid, I was greeted with the slogan "Lick for Britain". Of course, I was only too happy to oblige! 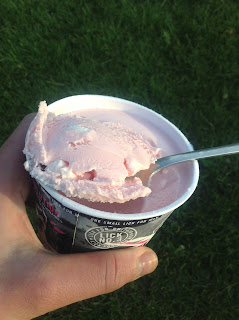 The ice cream tasted very sweet and had a pleasant marshmallow flavour, although I'm not quite sure I can describe it exactly. I know marshmallow is actually a herb, but generally commercial marshmallows taste sweet and non descript. This ice cream tasted of something else ...it was unusual but still tasty. The marshmallow pieces added a nice chewiness, although I felt there weren't enough of them and they got a bit lost in the ice cream. I think this ice cream could have done with something extra to jazz it up a bit, like some chunks of chocolate, fudge or nuts. I guess I'm just used to ice cream loaded with extras, like Ben and Jerry's!

Overall, grumbles aside I think this is a decent ice cream. I like that The Licktators are trying out new flavours and using fresh ingredients, and fully British too. I hope to see more of their unique flavours in shops!

RATING: 7 out of 10
Ice Cream The Licktators