In recent years Nestlé have converted Smarties and Rolo into Sharing Blocks, but now it's the turn of Toffee Crisp! I thought this was a bit pointless at first when I saw it in Tesco but decided to give it a try anyway, in the name of research...

I'm glad I did as it turned out to be very tasty, and actually quite different from a regular Toffee Crisp. In fact Nestlé have created something all together new with this block...it's like an amalgamation of Toffee Crisp, the discontinued Wonka Millionaire's Shortbread, and gooey caramel. Sweet, sickly...and very addictive! 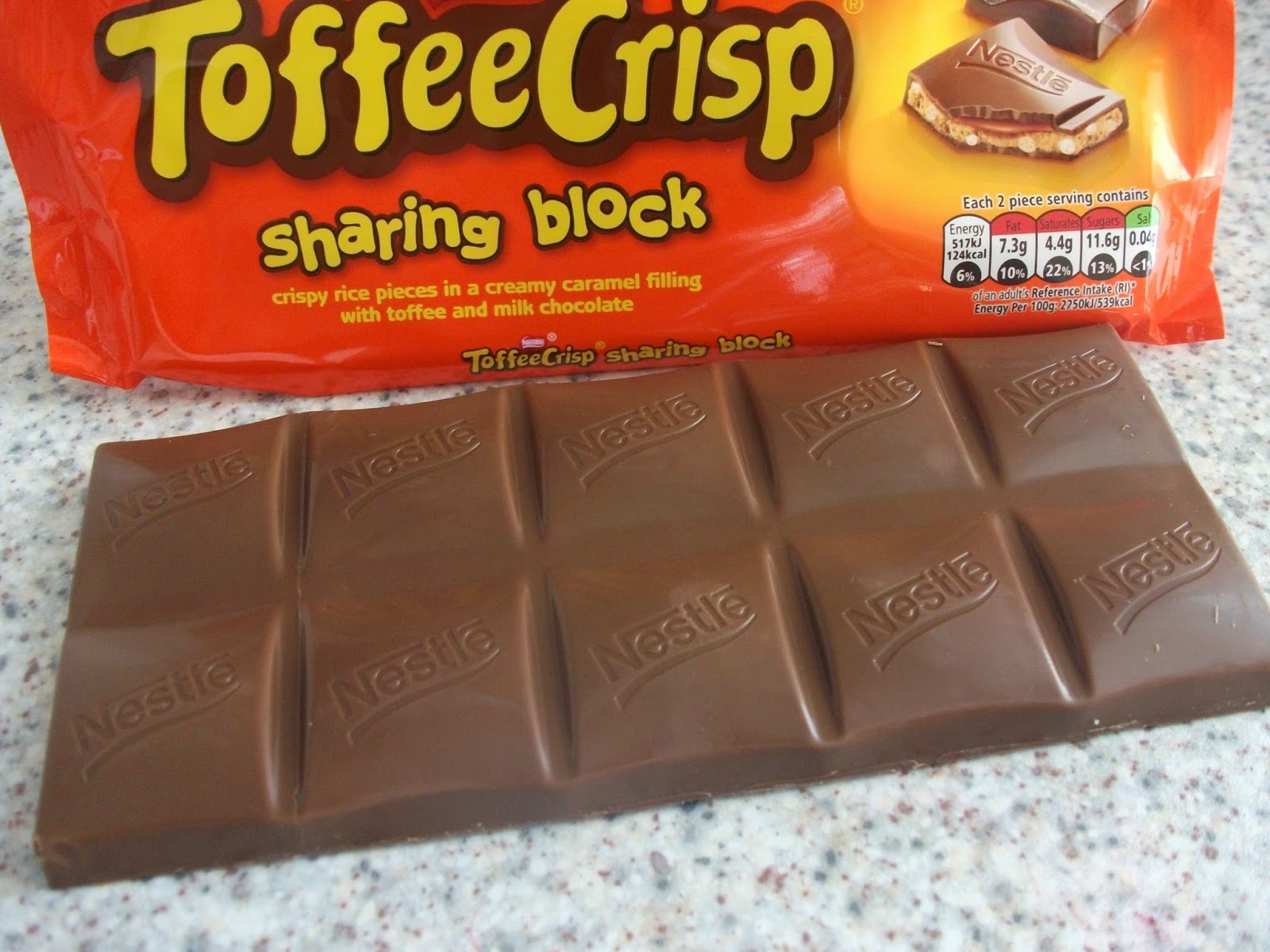 The block is described as "Crisped cereals in a caramel flavour filling, topped with caramel and covered in milk chocolate" and weighs 115g. I paid £1.40 but I imagine the price will come down to £1 as time goes on. 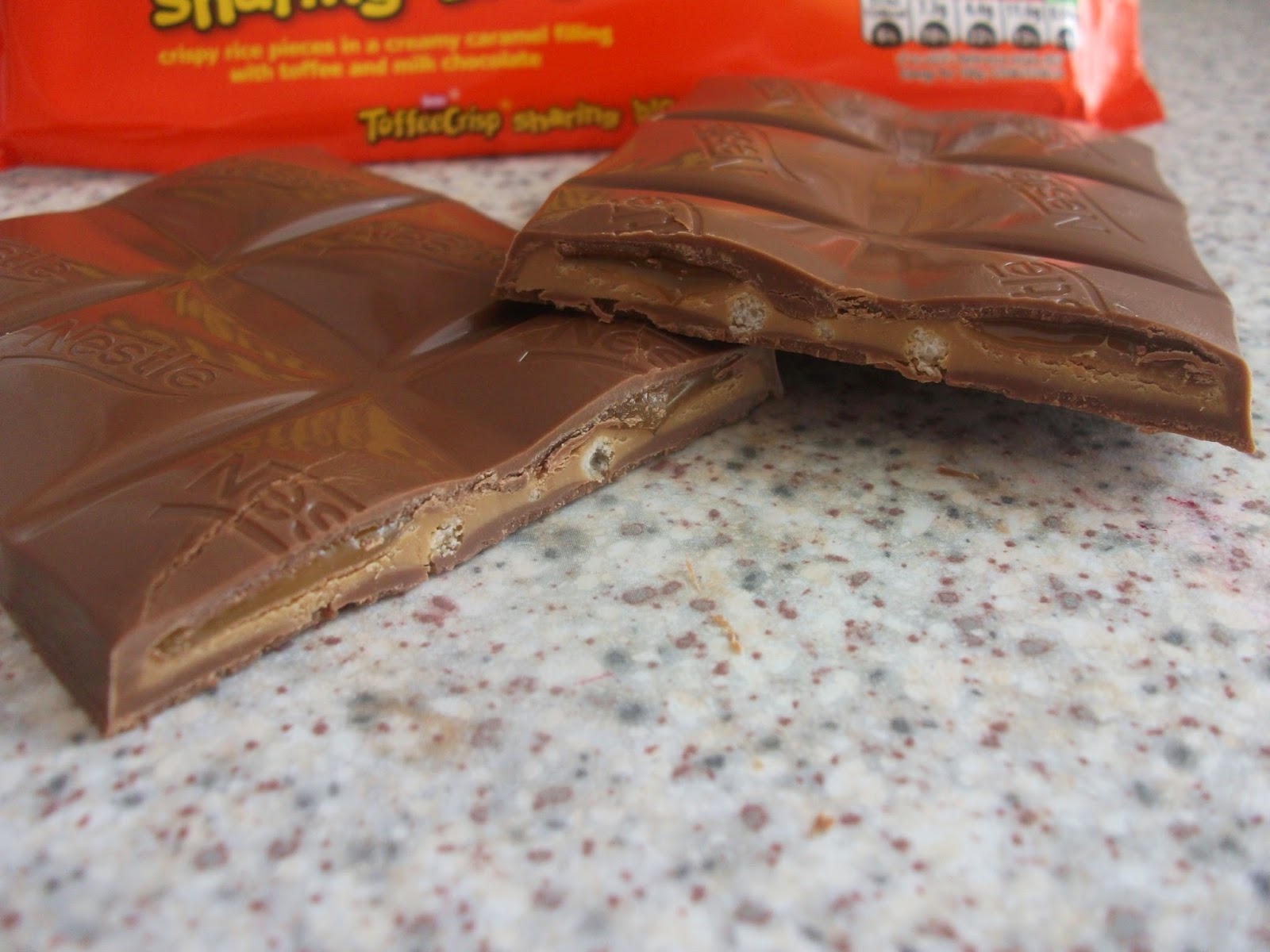 The bar was rather thin, and each block has the Nestlé logo printed on it. It had a sweet chocolate and toffee aroma. 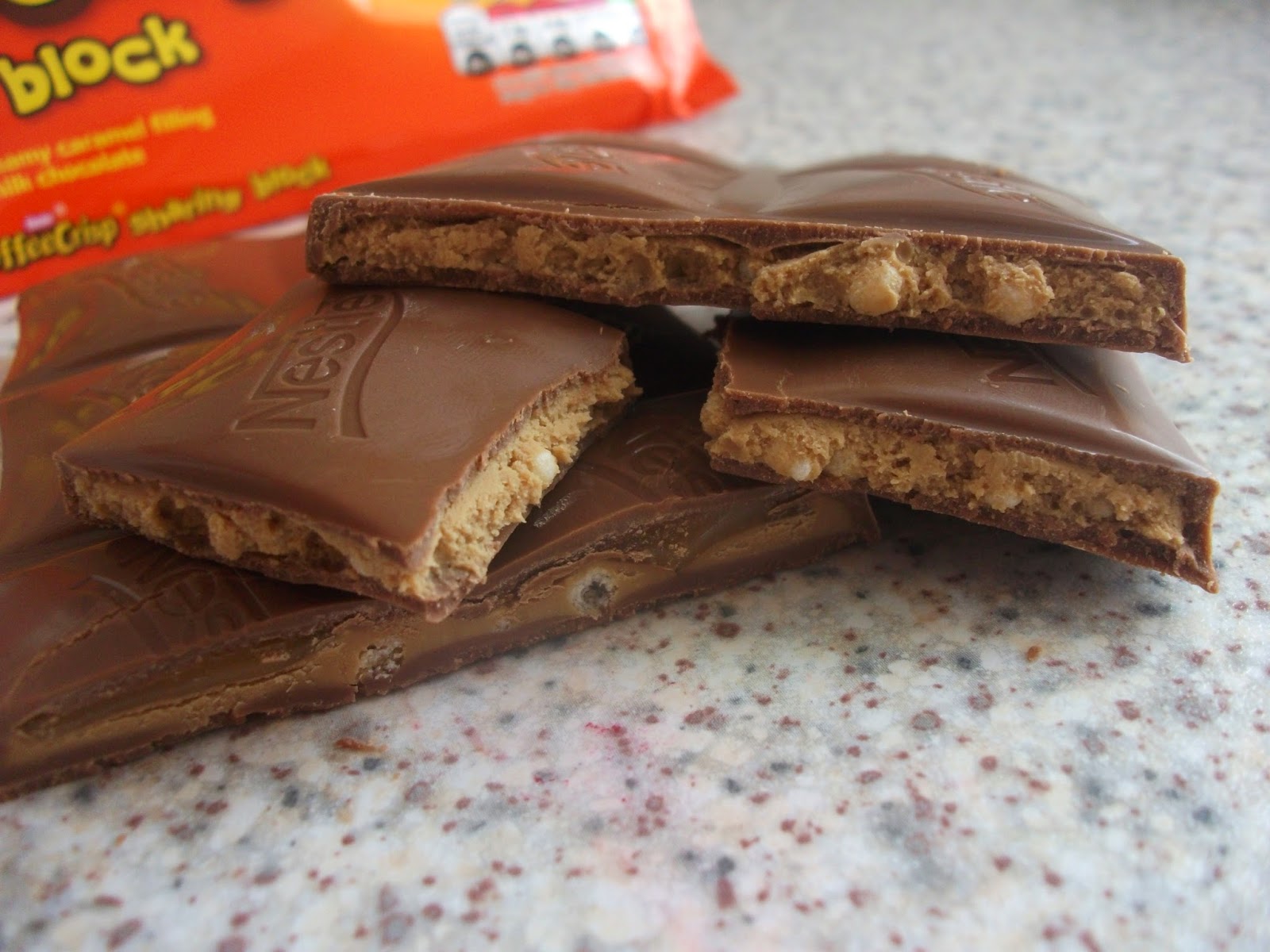 It's just as well the bar was thin because the sweetness really packs a punch, and that's no bad thing at all; this bar was sugary hedonistic bliss! The filling was super creamy as well as being caramel flavoured, and tastes pretty similar to Wonka Millionaire's Shortbread. The crispy rice pieces mixed into it gave a nice crunch and were very tasty. The soft caramel on top just added to the indulgent feel, and of course provided an extra hit of sugar! The chocolate was standard Nestlé milk chocolate; milky, sweet and a nice base for the other ingredients. 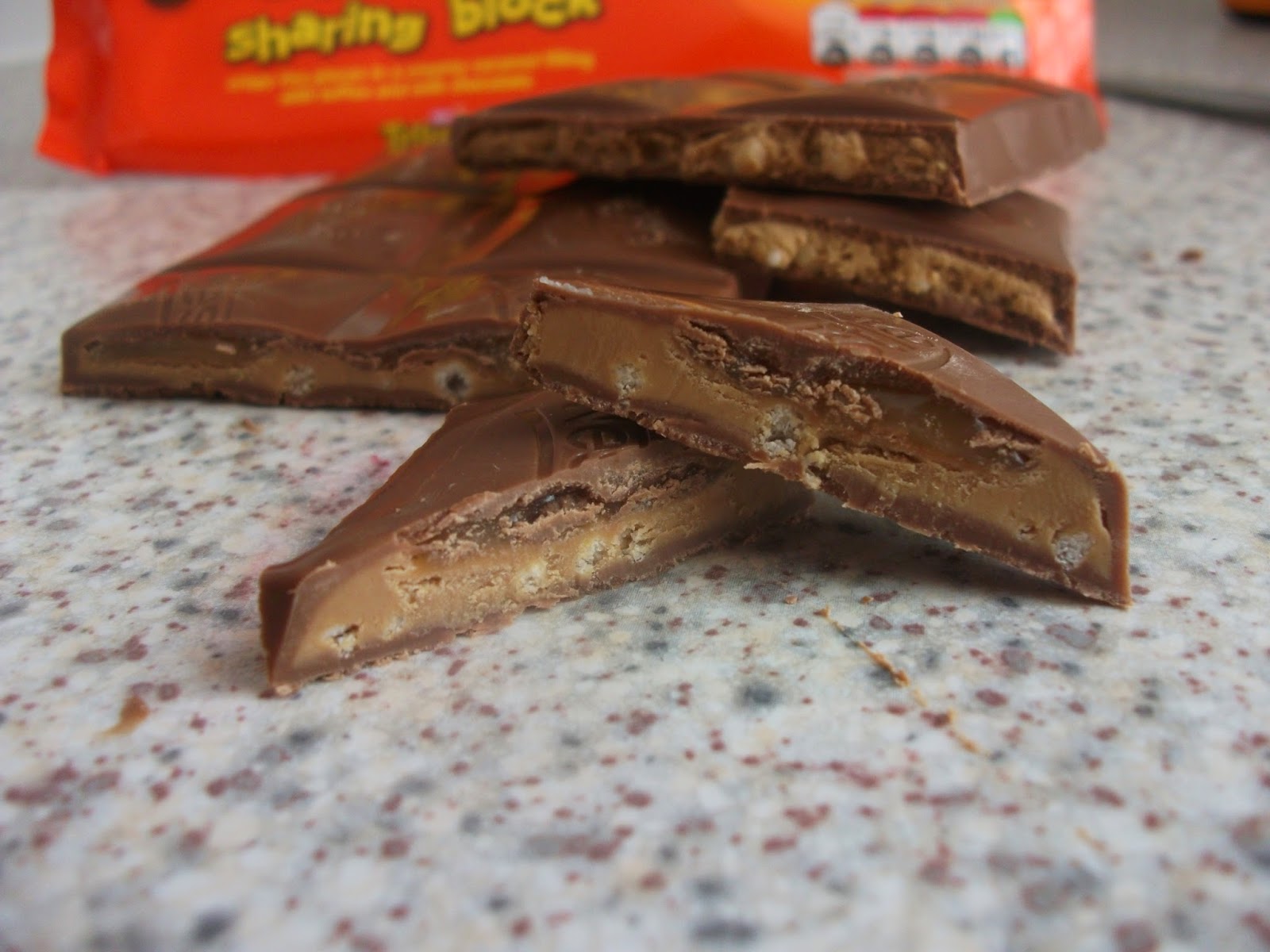 Overall, this is a very sweet bar, but in the best kind of way. I really enjoyed it and I'm glad Nestlé made it different from regular Toffee Crisps. It's more of an indulgent treat, although maybe a little on the calorific side so it's just as well it's meant for sharing!