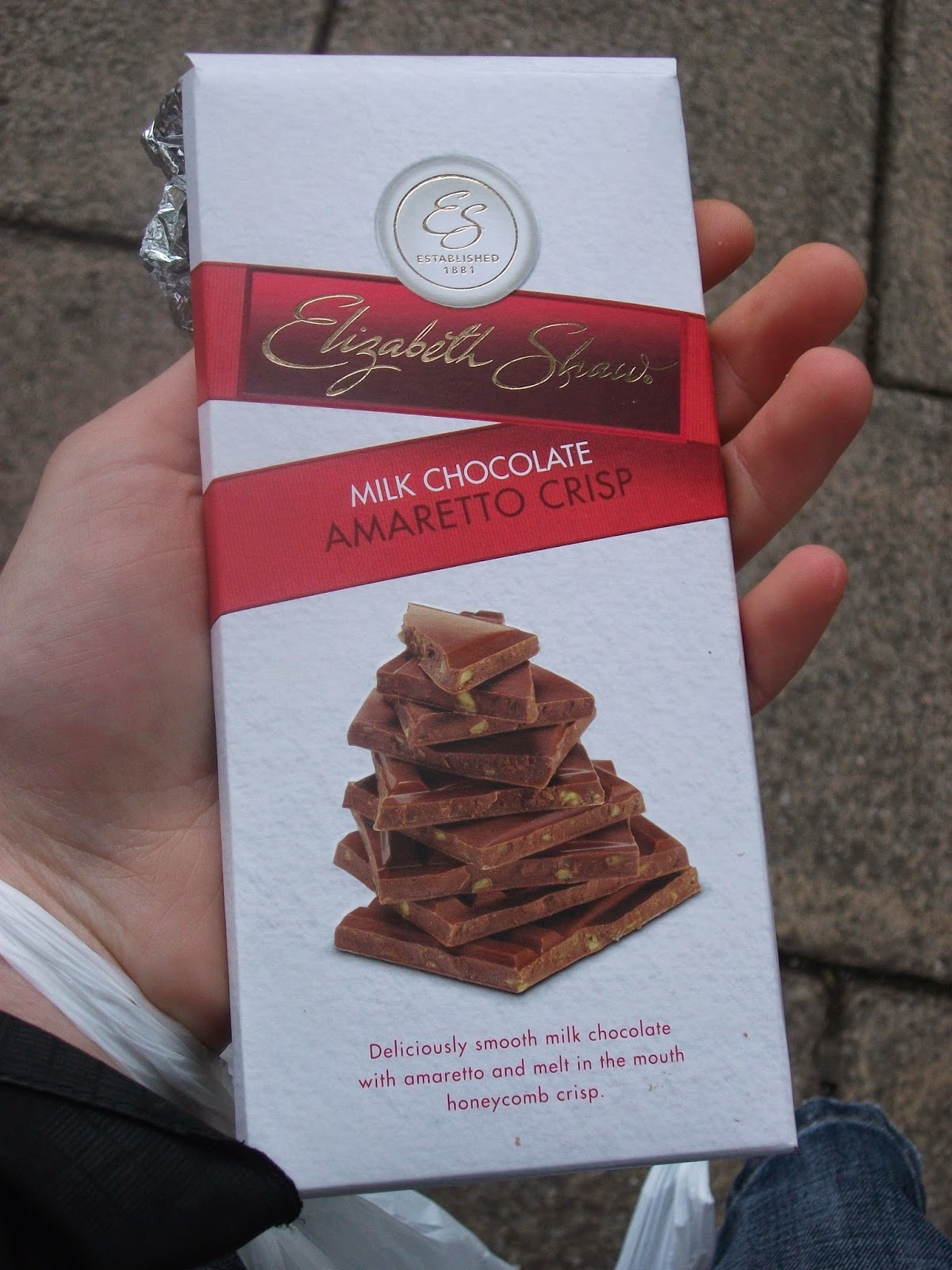 Whilst in 99p Stores recently I spotted this bar of Elizabeth Shaw Amaretto Crisp milk chocolate and thought I'd give it a whirl. I've never tried Elizabeth Shaw's chocolates before, so wasn't sure what to expect.

Amaretto isn't a common flavour pairing with milk chocolate, and understandably so - it works better with cakes and coffee based desserts. I was very intrigued how it would taste. 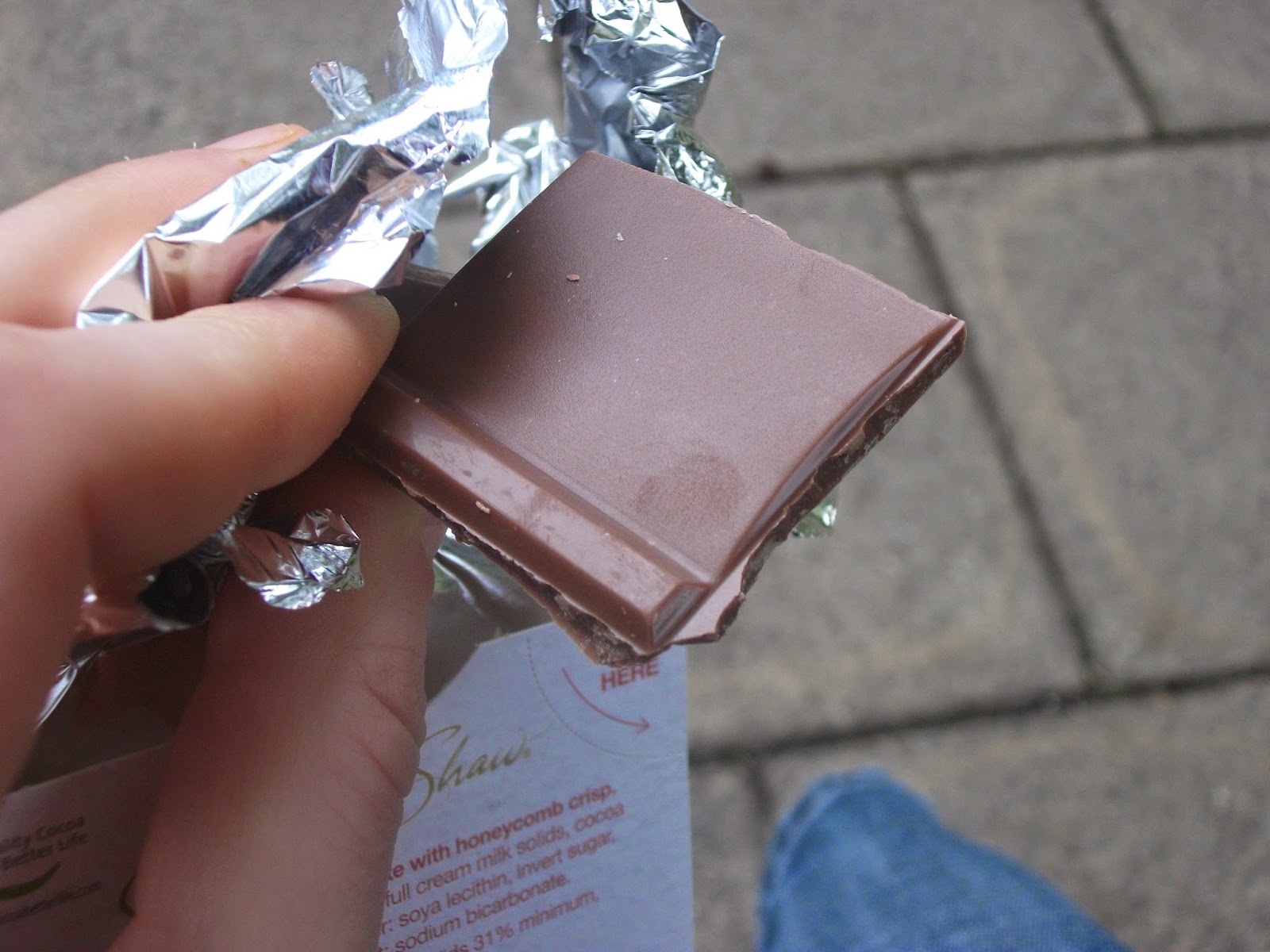 Turns out it was just okay. The milk chocolate was pretty good - milky and sweet with a nice melt, and the amaretto flavoured honeycomb crisp added a nice crunch. I liked the sweet honeycomb flavour, but felt the amaretto flavouring ruined the experience. It just didn't taste right with the chocolate, and spoiled the sweet honeycomb. Kind of like when you get alcoholic chocolates that overpower the taste of everything else.

Overall, an interesting attempt but not something I would buy again. I think next time I'll try the cocoa crunch or regular honeycomb Elizabeth Shaw bars (both of which were on sale at 99p Stores last time I checked).