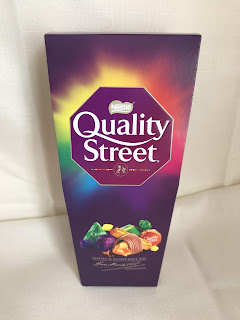 It's been a few years now since Nestle added a new variety to their Quality Street boxes, which was Honeycomb Crunch - do check out my review of it from 2016. They're at it again however and this time have even admitted it's a ploy to get folks attention - they've removed the Toffee Deluxe from boxes and replaced it with a "Chocolate Caramel Brownie". 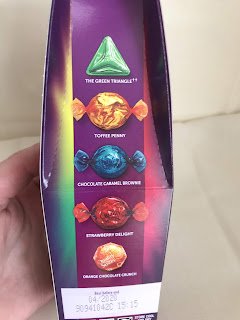 Does it contain brownie? Of course not, and maybe that's all part of the controversy plan...it's simply a chocolate flavoured caramel. 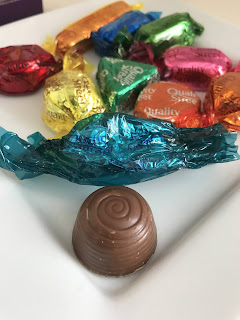 Now don't get me wrong, it tastes very good! Chocolate flavour caramel is always a nice variation of regular caramel, giving it an extra oomph of cocoa flavour, and somewhat toning down the sweetness of the caramel. But it ain't no brownie - a brownie is a fudgey cake! Since when did it become shorthand for companies to do an "extra chocolatey" version of whatever? 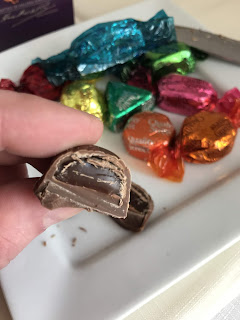 The rest of the chocolates are all as you'd expect, full of sweet, cheap favourites that are always nice for nostalgia at Christmas. Definitely not luxury by any means but they are what they are. I think I still prefer Quality Street over Roses because of my favourites the Strawberry Cremes and Purple Ones. 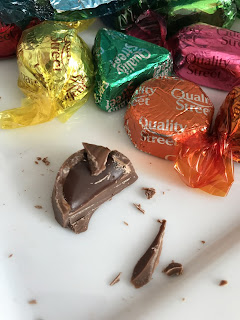 Overall then, there's not much to say...I've never been a big fan of the toffees in Quality Street personally, so won't miss the Toffee Deluxe. I'm just bemused at the false advertising!

Will you miss the Toffee Deluxe? Do you want it back? Let me know in the comments!