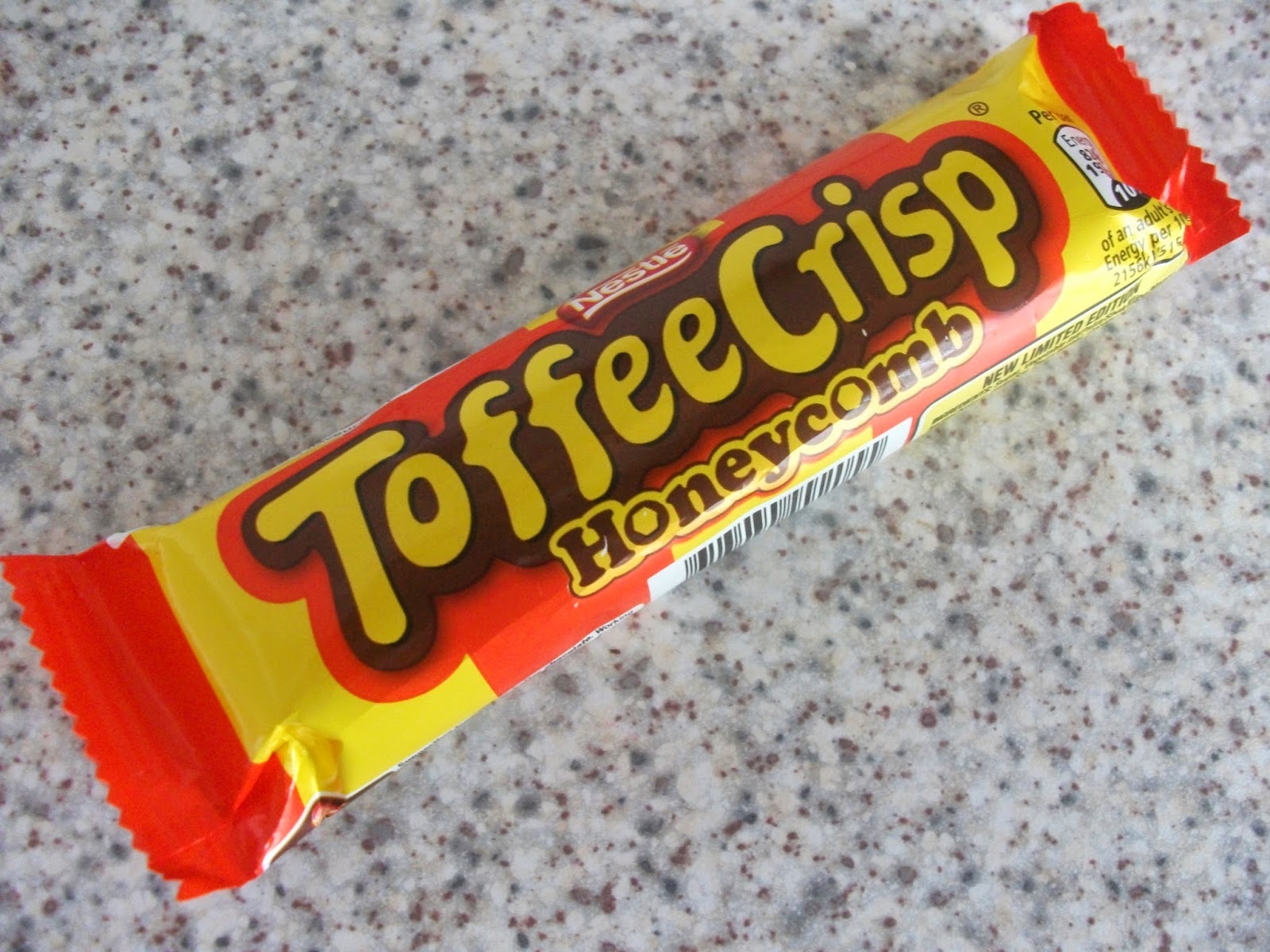 Nestlé UK recently announced the launch of a Honeycomb Toffee Crisp for a limited period, and by chance I just so happened to spot them on the same day in a local Premier store. They're currently on offer of 2 for £1 alongside regular Toffee Crisps.

The bar weighs 38g which doesn't seem a lot - I'm not sure how much a regular Toffee Crisp weighs these days but it seems pretty light to me. The description reads "Toffee (18%), honeycomb pieces (4%) and crisped cereal (6%) filled milk chocolate". 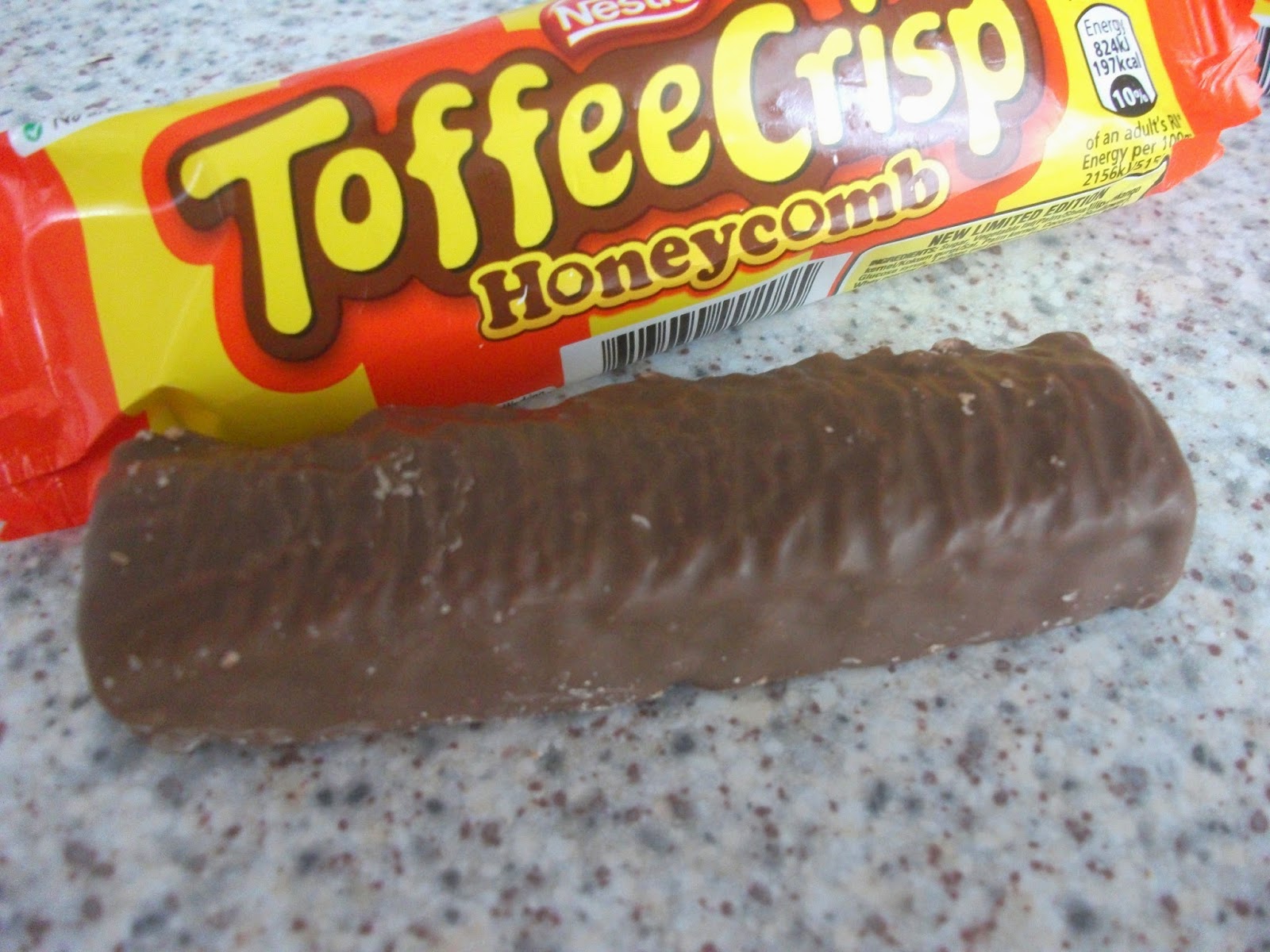 Opening the wrapper there was a very pleasant, sweet honeycomb aroma, although the bar did look a bit thinner to how I remember Toffee Crisp. Cutting it open revealed the caramel, honeycomb and rice crisps: 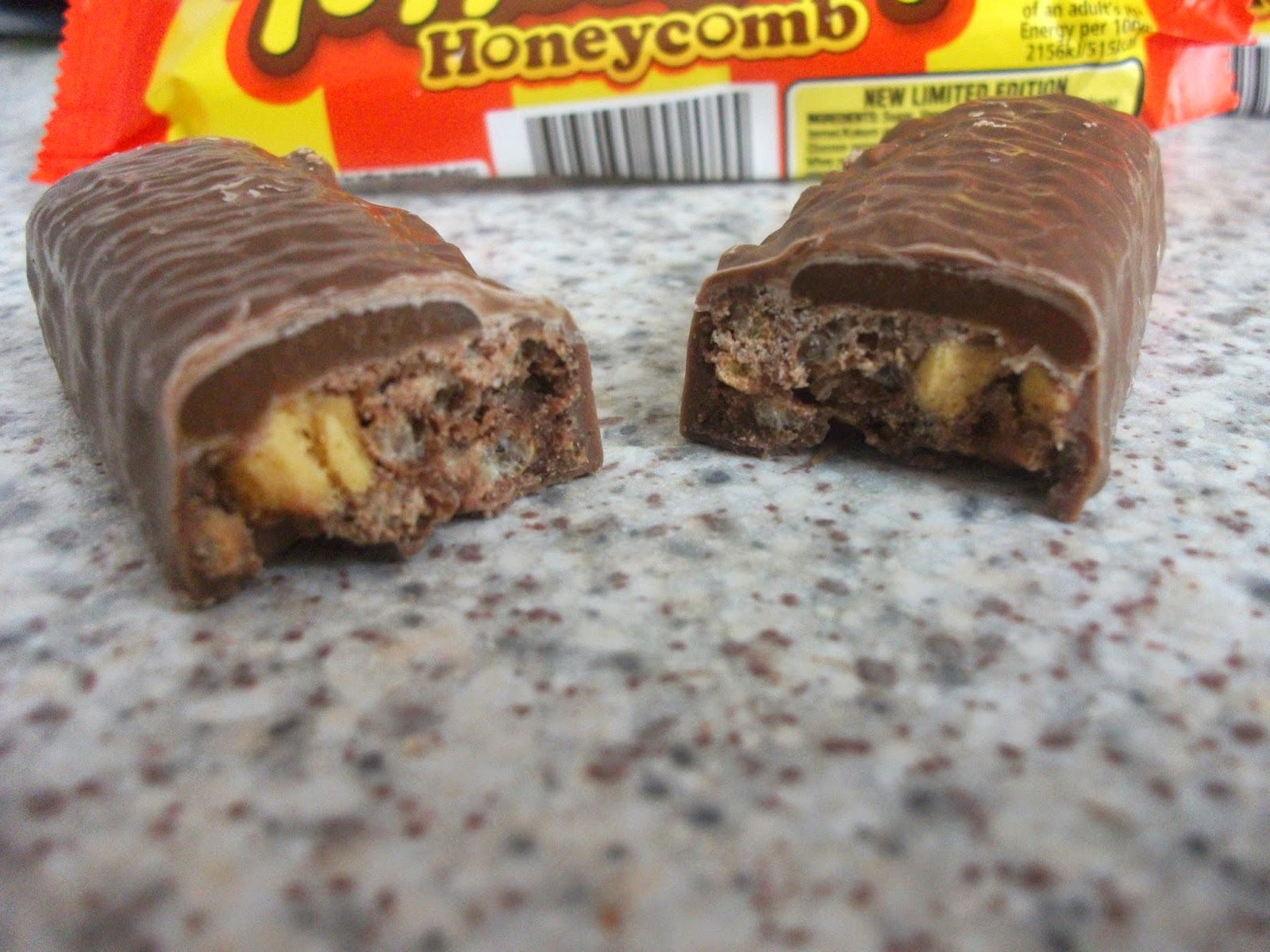 Biting into a piece gave a nice crunch of golden honeycomb, offset by the chewy caramel and crispy rice bits. It all tasted very sweet and sickly, but very crunchy and delicious! The texture of the honeycomb made it a lot crunchier than a regular Toffee Crisp which made for a nice change and it felt quite satisfying, despite the small size of the bar.

Overall, although I'm not sure I'd buy one of these again, it's nice to see Nestlé bring some variation to one of their brands...I don't think there's been a different Toffee Crisp variety in years. In fact a little research reveals the last variety they did was a Coconut version!:

Have you tried Toffee Crisp Honeycomb? If so what did you think?
Honeycomb Nestlé Toffee Crisp