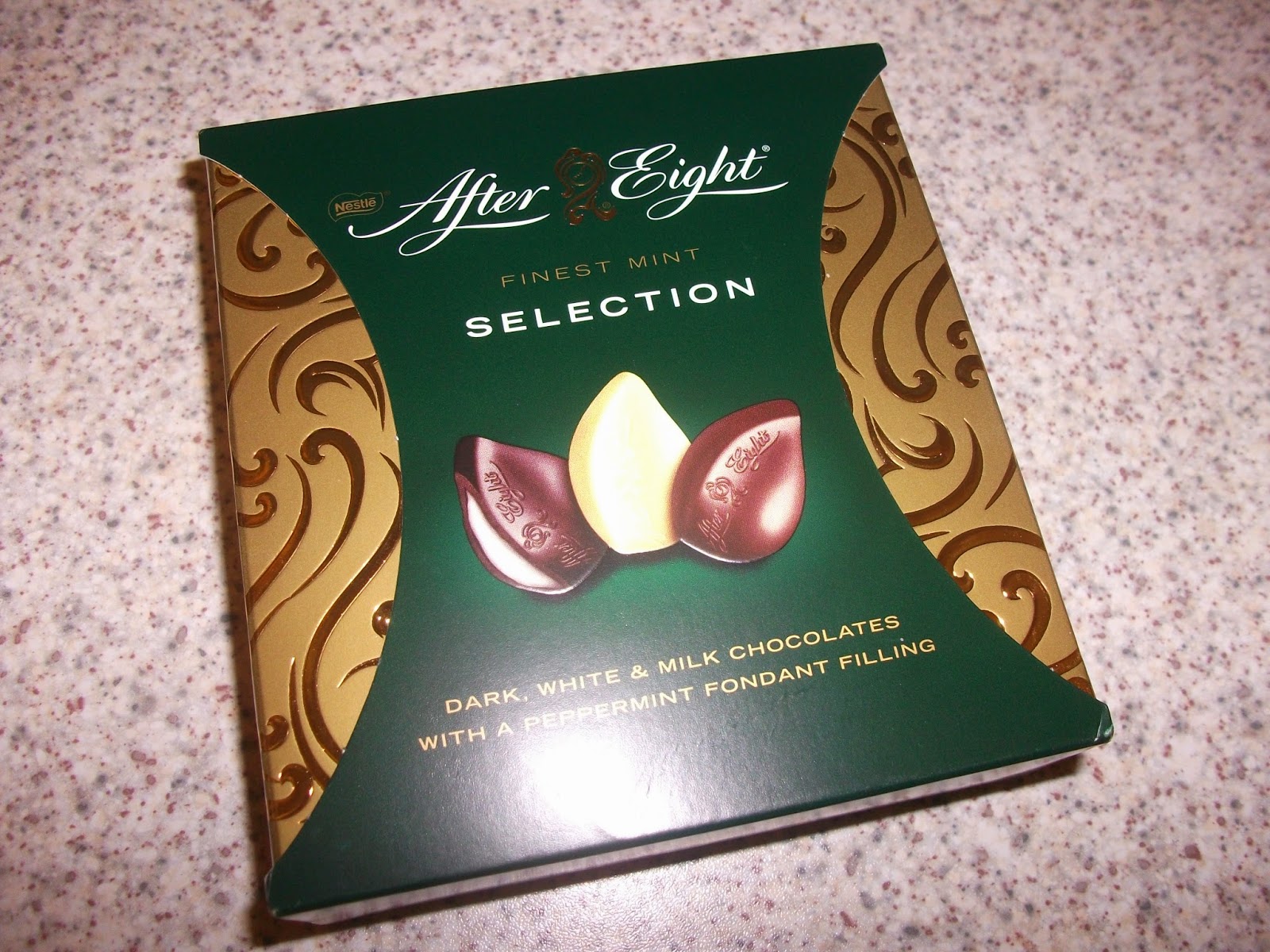 Whilst in Home Bargains the other day I saw they had these After Eight selections for only £1, so naturally I couldn't resist giving them a try - they usually cost £3 so this was a real bargain indeed! 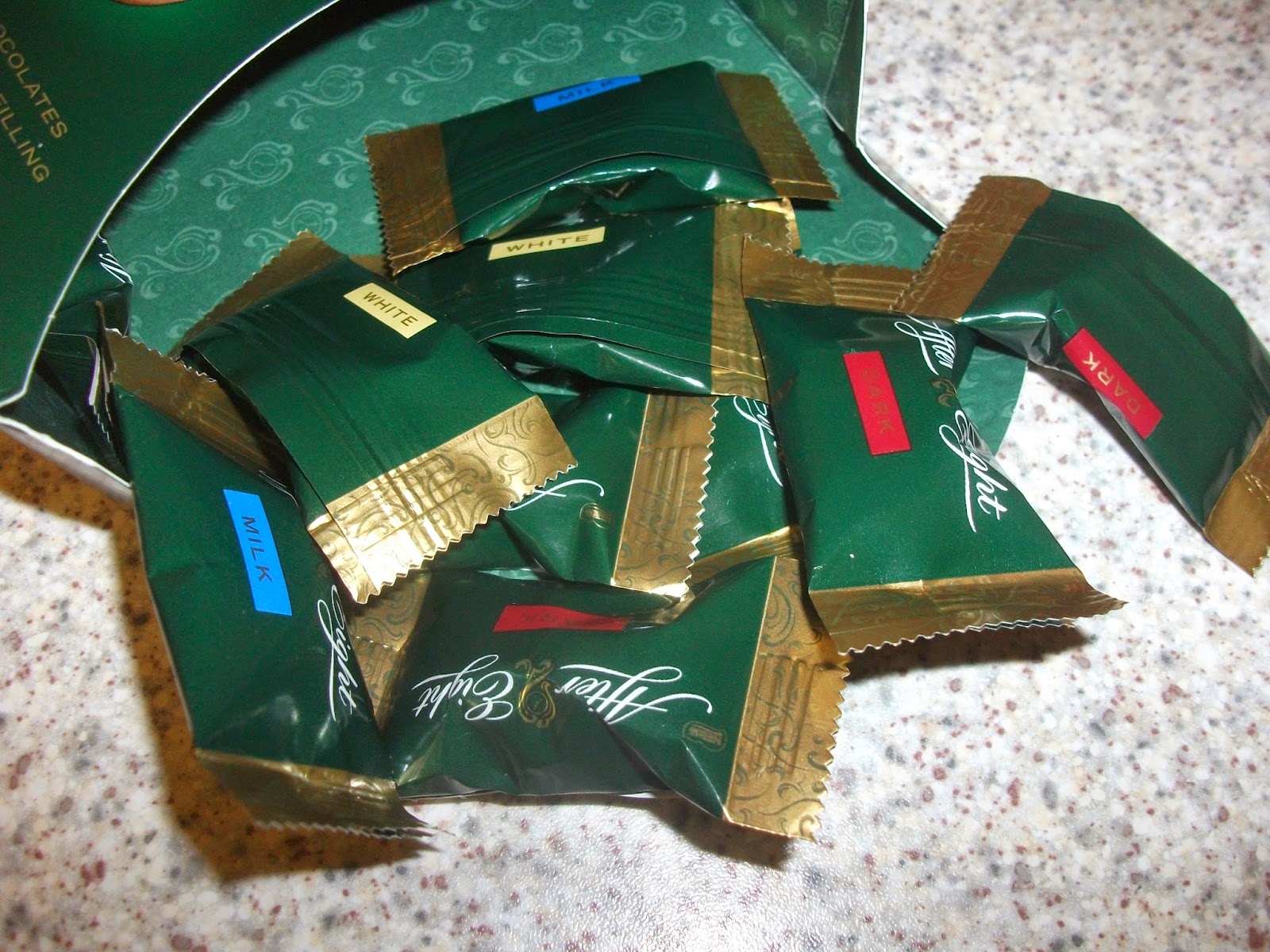 I first tried these chocolates in the mid 90's when Nestlé brought them out one Christmas, for them to never be seen again. I don't know why they discontinued them, but they must be popular once again as they've been resurrected once more! The selection contains individually wrapped mint creams in milk, dark and white chocolate. They're leaf-shaped rather than the traditional squares of After Eights. There weren't that many in the box so I don't think the RRP of £3 is really justified. £1 seemed a fair price.

There's not a lot to say about them really...they all taste very sweet and pleasant, with the traditional After Eight flavour. The white ones were the sweetest, with a milkier mint flavour, the milk choc ones a little less, and of course the dark ones were more richer. None of them were as good as the traditional square After Eights as there's a greater ratio of fondant to chocolate, making them much sweeter.

Overall, these are pleasant chocolates, but certainly not as good as regular After Eights. If you see them for a pound I would recommend giving them a try, but otherwise far better to stick to the regular version!