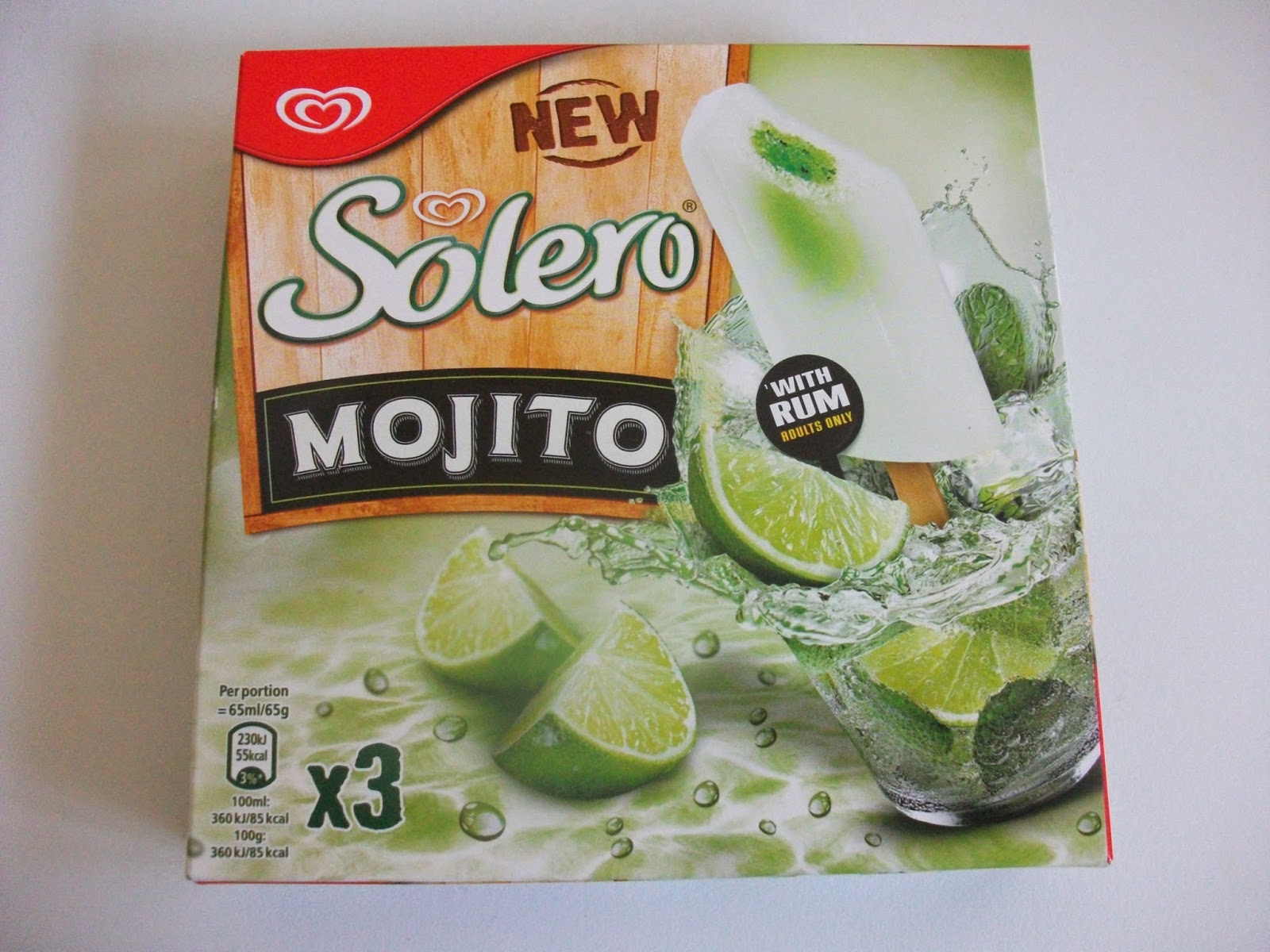 Amongst the Summer ice creams in Morrisons recently I spotted these new Mojito Solero's with Rum. I was excited to try them thanks to the promised rum flavour as it's not something you often see in an ice lolly. The box had "Adults Only" written on it which of course meant I had to show ID when buying them (nanny state that we're living in!), but at least I can take comfort in thinking I look younger than my age!

Unfortunately when I opened the wrapper I could tell they wouldn't be as nice as anticipated. They had a rather weak lime aroma and didn't look all that exciting. 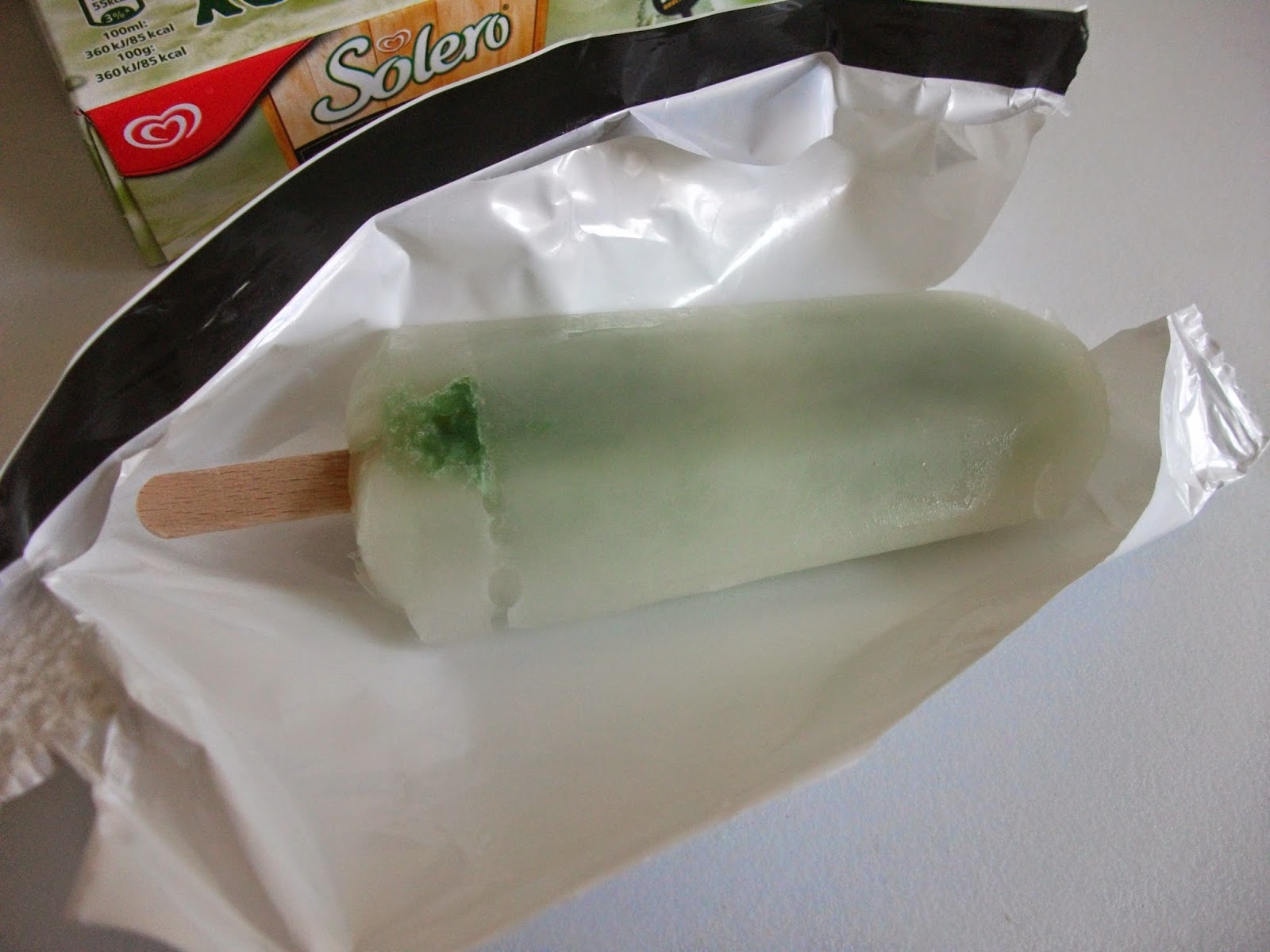 Taking a bite, all I could really taste was a slightly tangy, watery lime flavour...with an aftertaste of mint. It was very pleasant and subtle, and if the lollies had been advertised as "Lime and Mint" I suppose I would've been fairly satisfied. But they were supposed to taste of rum, too - yet the rum flavour was completely absent! I asked my friend if he could taste any and he said he couldn't either. 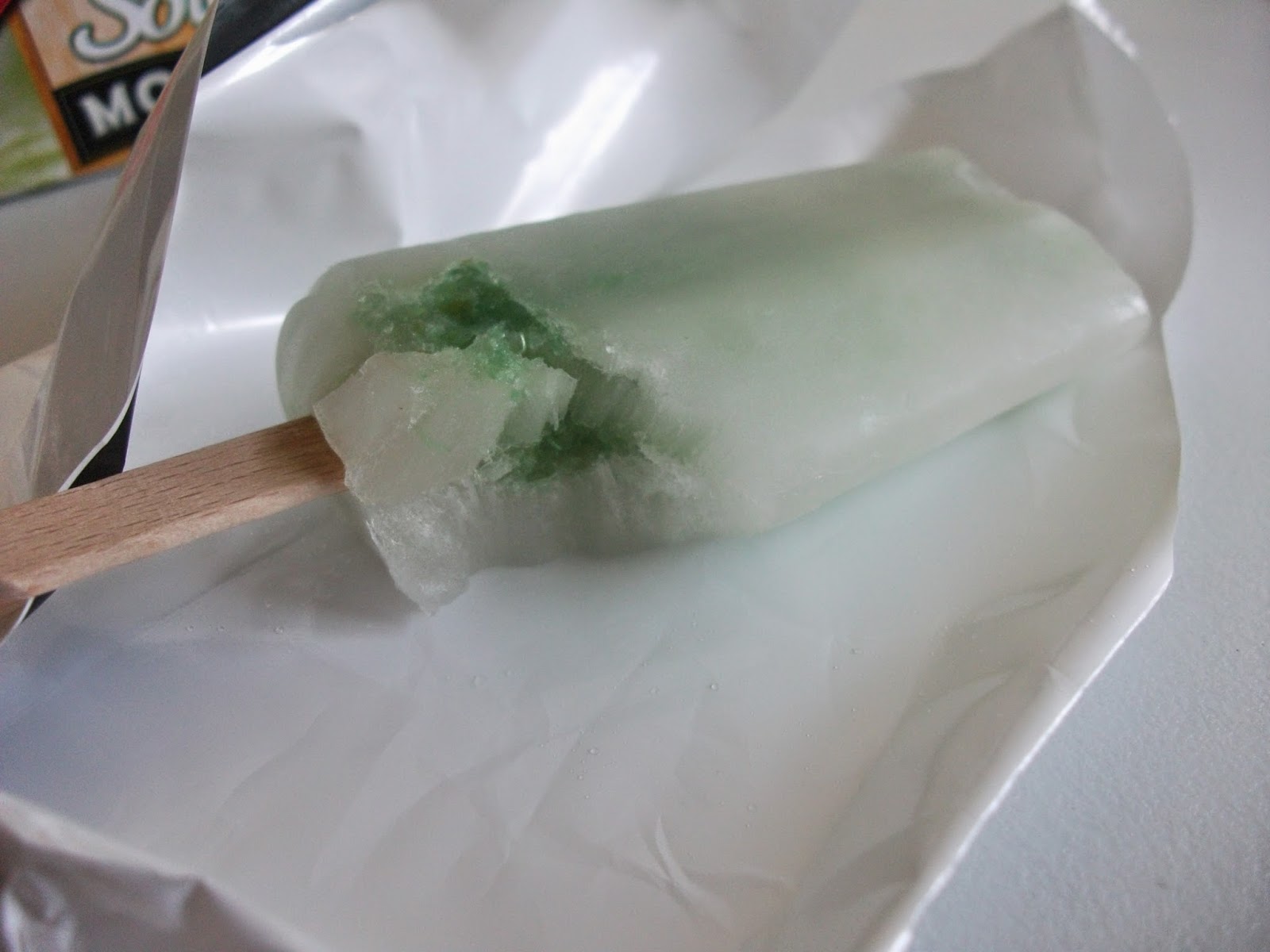 The box lists rum as 0.2% in the ingredients list, which is low but I would've thought it enough to detect in the taste...but no - no rum flavour to be had here! The "mint, lemon & lime core" contained some sort of lime pulp, which wasn't the nicest texture although it did provide a bit of substance to chew on.

Overall these are pleasant enough mint and lime lollies, but don't go expecting to get tipsy on them!