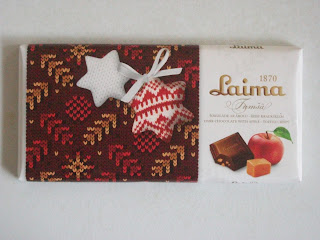 Here we have the Laima Christmas Chocolate bar which is described as a "dark chocolate bar with apple-toffee crisps". I found it in my local Polish store for £1.10. 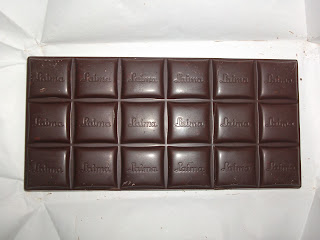 I wasn't all that excited about the prospect of this to be honest as I've never been a fan of chocolate containing crunchy toffee pieces. They usually add a bit of sweetness and crunch but no real flavour. And that was exactly the case with this bar. The chocolate tasted like a standard 50% cocoa dark chocolate - nothing groundbreaking, but pleasant nonetheless. The "apple-toffee crisps" added a bit of crunch and a vague hint of fruitiness to the chocolate. Overall it was nice enough, but could have been much better. There wasn't a strong enough taste of either apple or toffee for my liking, and nothing to distinguish this bar as being particularly "christmassy". 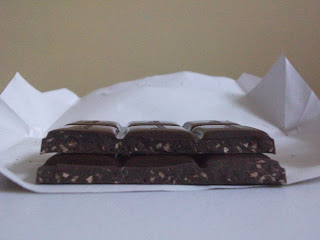 This is the first chocolate bar I've tried containing apple flavour, as far as I can recall. I'm hoping that one day I'll come across one that is really good and does the flavour of apple justice, but sadly this Laima bar isn't it.

Have you tried any apple flavoured chocolates before? If so can you recommend any good ones?
Laima